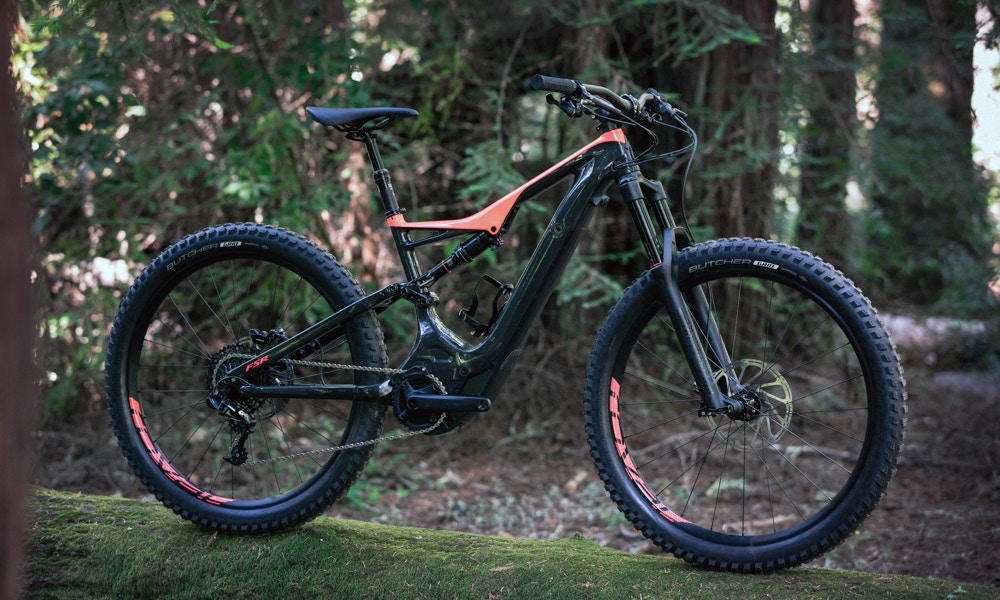 Specialized have been busy this July, after launching the all new SL6 Tarmac and redesigned Epic earlier this month. They've now turned their focus to the e-MTB market with the all new Specialized Turbo Levo Carbon FSR.

Featuring an upgraded proprietary pedelec drive unit, lower weight, stiffer construction and better handling, the Turbo Levo Carbon FSR is designed to push the boundaries of what riders can expect from an e-MTB. And with a pedal assist motor to make climbs a breeze despite the aggressive geometry, long suspension travel and Plus-sized rubber for ridiculous traction levels, this bike looks like a hoot to ride. Here are ten things to know.

Outside of just looking fancy, the all new Carbon frame carries a host of benefits over the previous aluminium Turbo Levo FSR version, including increased stiffness and reduced weight.

S-works level bikes are constructed of Specialized's self-named FACT 11r carbon fibre, saving a whopping 650 grams on the frame alone (500g in the front triangle and 150g in the rear triangle). Specialized's new Carbon models don’t see such extreme reductions as the S-Works, however, are still constructed using a FACT 9r carbon fibre chassis and feature an aluminium rear triangle.

Equally, if not more important than weight savings is the ride quality. With a claimed increase of 40% lateral stiffness in the rear end and a 20% increase in overall frame stiffness, the new Levo should be a stiffer, more planted ride that more closely matches Specialized's non-powered mountain bike offerings.

As Specialized state, when they set out to design the Levo FSR family, they had one goal in mind; build a quality trail bike first, and then fully integrate Turbo technology.

The Levo features the Specialized Trail 6Fattie/29 geometry roughly based on its hugely popular Stumpjumper platform. The new Turbo Levo FSR sees front suspension travel bumped up from the previous version to 150mm, the bottom bracket dropped and the head tube slackened to 66.1°. Rear wheel travel remains at 135mm, with the longer rear end being the most notable difference in geometry when compared to the Stumpjumper series.

3. Turbo Tech for All 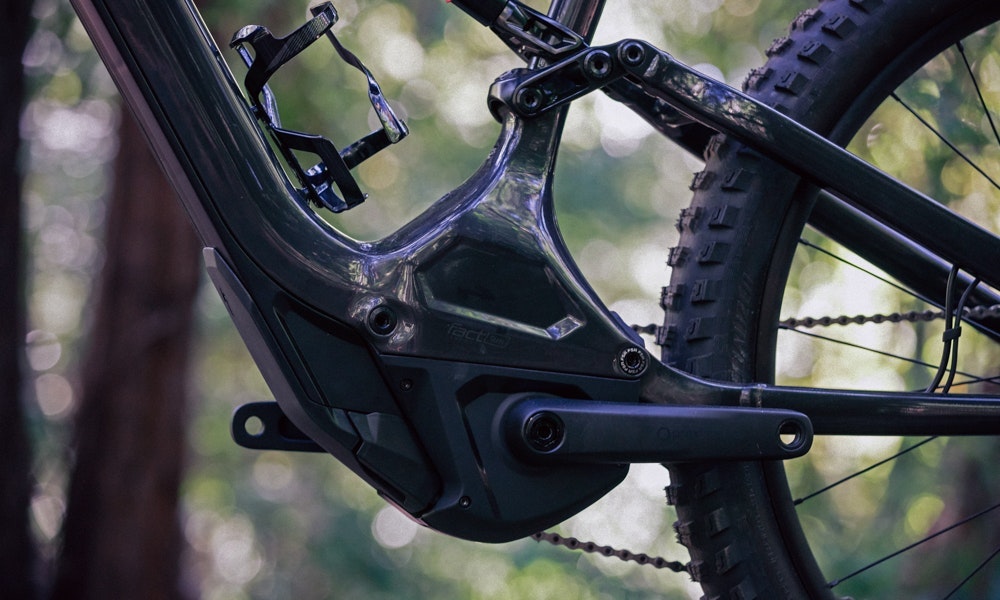 Along with increased torque, the new unit features hardware improvements to provide instant engagement such as a double freewheel design that disengages the gearbox when the governed 25 kph top speed is achieved to provide silent operation regardless of how fast you’re going. A new software update (which is retrofittable to current Levo bikes) has also been added, with the main improvement being that the system can now better balance rider power inputs for a smoother and more natural riding experience on the trail.

In conjunction with the Specialized app (more on that later) each ride mode can be endlessly tuned in its assistance level and motor output, completely independent of one another. This allows riders to be in control of how much and how quickly the assistance is given to ensure a smooth, tailored ride.

There’s also a “Smart Control” feature which monitors and adjusts battery and motor output every 10 seconds based on rider and ride input parameters to make sure dead batteries on the trail are a thing of the past. 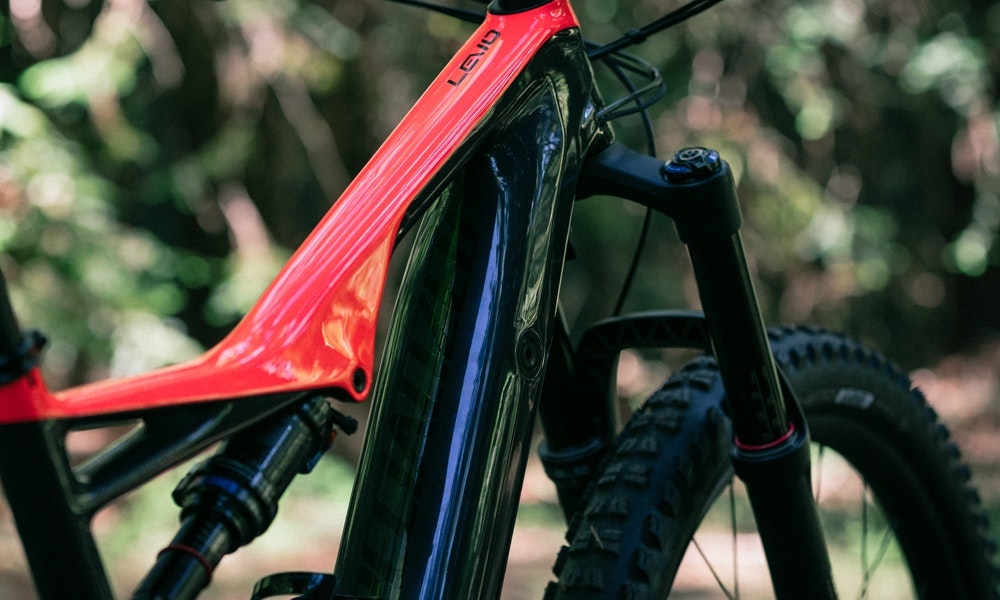 Specialized openly acknowledge that the existing 1.2 Turbo system fitted to the previous generation Levo had a tendency to produce heat. During the redesign process of the new unit, an emphasis was placed on reducing this, especially given that carbon fiber is typically not as effective at dealing with heat as the previous aluminium frame was.

To achieve this reduction in heat, new software working with thermal pads located inside the motor help ensure even heat distribution through the system. On top of this, an external pad is placed between the motor and the frame to remove any excess heat generated.

So how did Specialized achieve that 15% boost in power compared to the outgoing Turbo 1.2 motor? The increase is thanks to new neodymium magnets, new electronics, and a new dynamic river control unit, all which increases current, thus increasing power.

The Specialized Mission Control app offers a wide range of features that allow full control and adjustment of the Turbo 1.3 drive unit and battery. The key feature of the app allows for Tuning, allowing riders to select specific power outputs that adapt to your own output. Riders can also tune how quickly the power comes on to work for each individual riding style.

In addition to tuning, the app also has a Diagnostics function that shows system health on start-up and aids with diagnosing issues within the system from a service point of view. 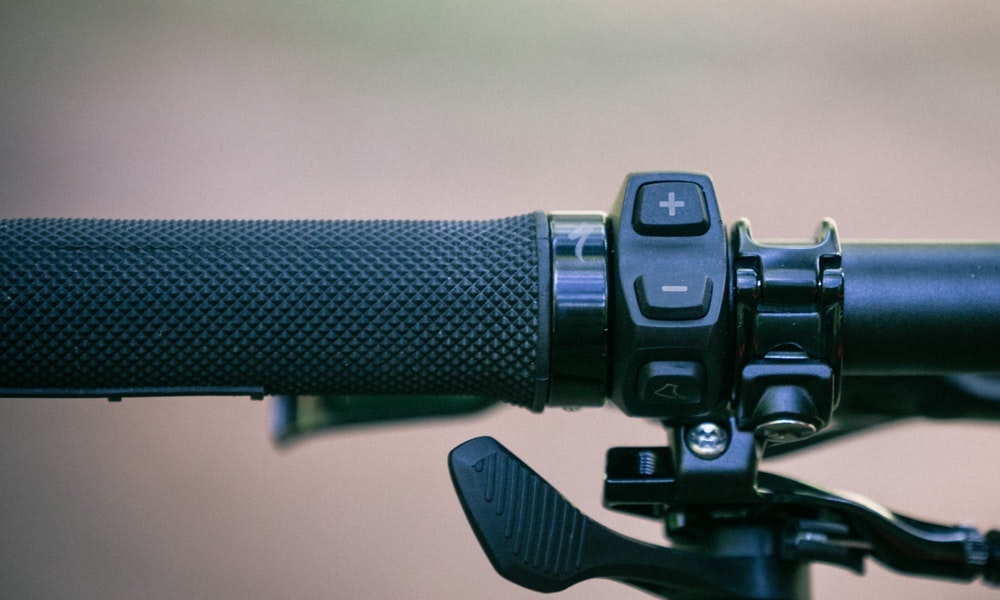 The cockpit of the Turbo Levo Carbon is fully customisable and able to be tailored to suit the individual rider, so for those running an existing bike computer, this can be used to display metrics such as ride modes, wattage, speed, distance, time, etc

The flip side of this caters to those wanting a paired back, traditional mountain bike cockpit. The Turbo Levo Carbon can be run without a display at all, simply relying on the handlebar mounted trail remote to cycle through ride modes and enable walk assist (motor assists the pushing of the bike).

For the first time, Specialized’s skunkworks division, S-works have put their stamp on an electric bike. The top of the range S-Works model features a higher grade carbon frame and a range of bespoke components that make for a truly top of the line experience. And yes, it's not cheap (see below)!

At the time of publishing, delivery dates for the Turbo Levo FSR range are not yet confirmed. Check with your local Specialized dealer for more information, including availability of test rides.

With the new Levo so near, why not find yourself a bargain on the previous model Levo? The BikeExchange marketplace has a number of amazing deals on previous year Specialized Levo models available from leading retailers across the country.