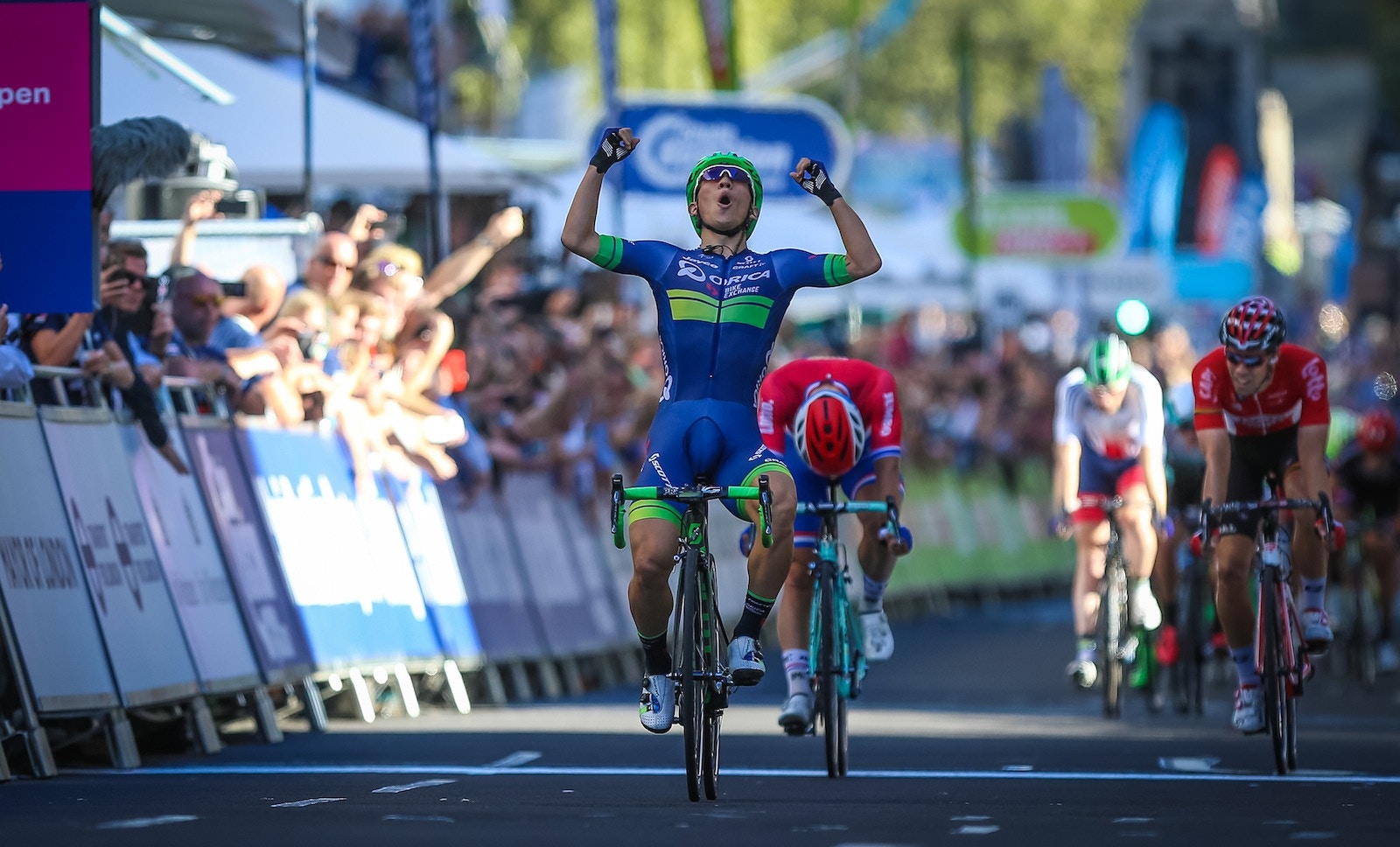 After a couple of near-misses at last week’s Tour of Britain, Caleb Ewan (Orica-BikeExchange) finally got what he was looking for in the race’s final stage: a sprint victory. Ewan outkicked Dutch champion Dylan Groenewegen (LottoNL-Jumbo) and former Belgian champion Jens Debusschere (Lotto Soudal) to take his fifth win of the season.

Qatar — that hotbed of pro cycling — hosts this year’s World Championships from October 9-16. On a totally flat course in and around the capital Doha, the wind looks to be the only obstacle that could disrupt an all-out bunch sprint for the rainbow jersey.

Mark Cavendish, Marcel Kittel, André Greipel — every sprint superstar in the men’s peloton will be there, and, barring disaster, Australia’s Caleb Ewan — he of that ultra-aero sprint position — will be among them. The 22-year-old has just finished the Tour of Britain and is in the midst of an autumn in which his form looks to be building nicely.

Ewan joined a plethora of the world’s top sprinters (notably Cavendish, Greipel, Elia Viviani and Giacomo Nizzolo) and time trialists in Great Britain last week, with many of the main contenders for the World Championships opting to take part in that race instead of the Vuelta a España.

Though the Tour of Britain is only a week long, it’s plenty tough enough to serve as preparation for the Worlds, at least according to Ewan.

“I’m feeling not too bad – it’s been a pretty tough week so far,” he said before the start of stage five in Aberdare, Wales. “I think everyone’s pretty tired now, and it’s going to be another tough stage today.”

That day was won from the break by Cannondale-Drapac’s Jack Bauer, one of a trio of escapees who only just stayed away. Ewan was fourth, the fastest man from the charging peloton as Cavendish and Greipel fell out of the picture on the uphill finish in Bath.

It was the second near-miss of the race for Ewan, the first coming when he narrowly lost out to Lotto Soudal’s Greipel on stage one in Scotland. Earlier in the season he came close to the German on stage eight of his first ever Giro d’Italia, and looked like having enough speed to win but for being stuck against the barriers in the final metres.

Indeed, the wins have not come as easily in Ewan’s second year as a pro, though this has coincided with a year of racing at a higher level.

“I’ve stepped up into harder races,” said Ewan. “It was always going to be tough to beat some of the biggest sprinters. But I’m always up there so …

“The year started off really well and then I came to Europe, and I’ve been pretty consistent throughout the year,” he continued. “I just haven’t been winning much so that’s been a little bit disappointing.”

After ten wins in 2015 — including stages of the Herald Sun Tour, Tour de Langkawi, Vuelta La Rioja, Tour de Korea and a stage at the Vuelta a España — Ewan came into this August with just three under his belt, all in Australia. But then came the breakthrough: a win at the Cyclassics Hamburg three weeks ago.

“Yeah Hamburg was good. It was my first win of the season in Europe – so far – so I was pretty happy to get that,” he said. “It’s quite a big race as well so it was nice to get my first WorldTour classic win.”

And then, on the final stage of the Tour of Britain, in central London, Ewan got the win he travelled to Britain for, outsprinting Dylan Groenewegen (LottoNL-Jumbo), Jens Debusschere (Lotto-Soudal) and perhaps most importantly, Andre Greipel – a sign that only bodes well for Qatar.

“I am super happy. It’s great to finally get the win after coming close a couple of times earlier in the race,” he said after the stage. “It all worked out perfectly today and I’m happy I’m coming up well for the second part of the season.”

That victory, plus his win in Hamburg surely puts Ewan in good stead for his first senior world championships road race. And given the sprinter-friendly nature of the course, surely Ewan will be Australia’s first option in Qatar? With Ewan and Michael Matthews as primary options, national coach Brad McGee certainly has a choice to make.

“Obviously we’ve got Michael Matthews as well so he’ll be a strong option for Australia,” he said. “But at the moment it could be either of us – I’m not too sure yet what the plan is going to be exactly.”

As for his own personal hopes for the race, Ewan would not be drawn to predict a placing. And aside from himself and Matthews, who both look to be certainties for selection, the identity of the riders who will accompany them to the Middle East is still unknown to Ewan.

“I don’t really know the makeup of the team,” he said. “Last time I spoke to the national coach it was all still kind of up in the air, but I haven’t spoken to him lately.”

(A quick chat with Dimension Data lead-out man Mark Renshaw brought confirmation that he would be riding, though his spot has yet to be officially confirmed.)

Ewan is not yet familiar with the Worlds route either — he has yet to race the Tour of Qatar during his still-young career and so far, he hasn’t flown over to review the course.

“No I haven’t reconned the course yet – it keeps changing!” he said. “I think I will end up going out there the week before.”

While Ewan leaves the Tour of Britain with the stage win he was after, it’s clear the Road World Championships will be a different beast altogether. But it’s clear Ewan is in good form and once he’s done his homework on the Qatar course, he is sure to be among the main contenders in the searing heat of Doha come mid-October. 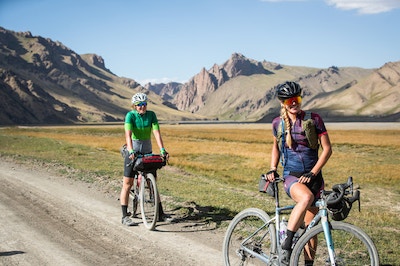