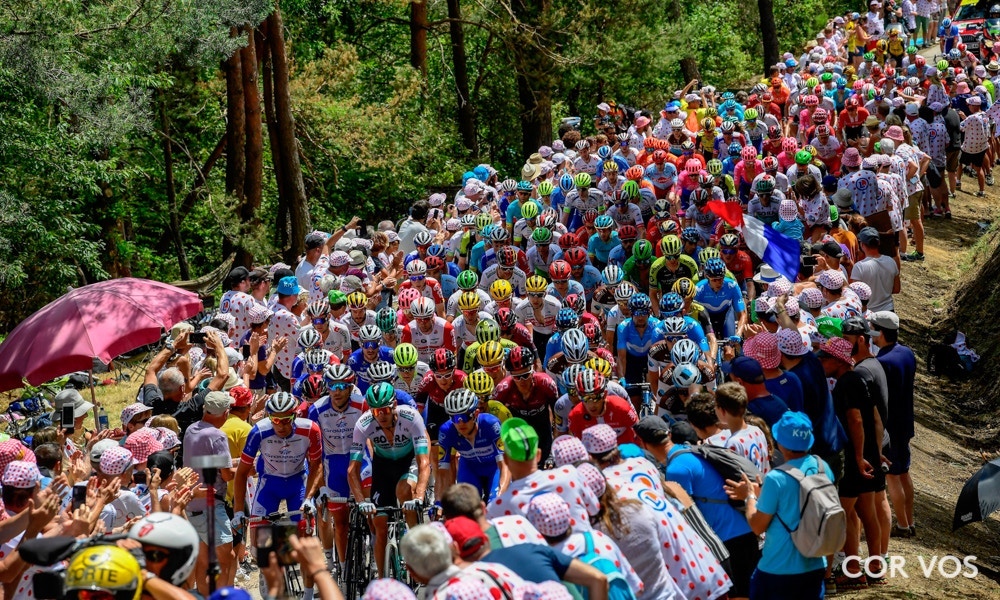 BRIOUDE, France – Daryl Impey (Mitchelton-Scott) has made the most of a large gap opened up by the days breakaway to take out stage nine of the 2019 Tour de France The win is Impey's first (solo) in a grand tour and bolsters his successful season that kicked off with an overall win at the Santos Tour Down Under. Impey and Tiesj Benoot (Lotto-Soudal) attacked their breakaway companions in the final kilometers, with Impey having a better kick at the line, passed Benoot with ease capping off an auspicious day for the breakaway. The 15-man breakaway formed early in the race and soon increased their lead to 10-minutes, signalling that the peloton was content to let the break fight it out for the stage honors. As there was no rider in the group challenging for the overall, the lead increased, and then the game of chess began.

Lukas Postlberger (Bora-Hansgrohe) put in a strong effort to get away on the approach to the final climb. Simon Clarke was the first to close the gap but was not successful, and then Tiesj Benoot (Lotto Soudal) and Nicolas Roche (Team Sunweb) caught Postlberger on the lower slopes. This was where Impey played his winning card. Sitting with Jasper Stuyven (Trek-Segafredo) Oliver Naesen (AG2R-La Mondiale) and Jan Tratnik (Bahrain-Merida), he picked the perfect moment to launch clear and cross to the front pair. Impey was the strongest from then on, and soon Roche was distanced, and it was a two-man effort to the finish. Benoot is one of the young rising superstars of Belgian cycling but not in the same class as Impey when it comes to a sprint.

The chasing peloton made a bit of an effort nearing the finish With Romain Bardet (AG2R La Mondiale) putting on a show into his home town, but his attack was swiftly closed down by the Ineos train. Julian Alaphilippe (Deceuninck- Quickstep) easily held on to the yellow jersey, giving the French fans something to cheer about on Bastille Day.