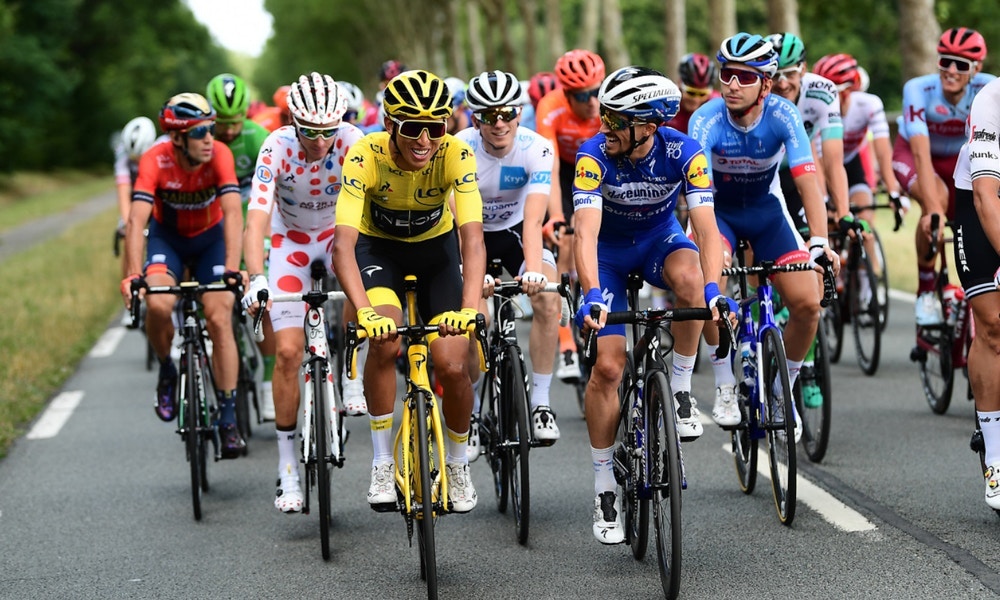 We’re not going to lie. The recent decision by Team Ineos Grenadiers to bench Chris Froome and Geraint Thomas for the 2020 Tour de France threw a curveball at the annual exercise of ranking the race’s top contenders. Thus, the team at VeloNews have thrown the initial list of contenders into the trash can and started over.

Analysing each rider’s recent performances, as well as their grand tour pedigree and stated intentions for the 2020 Tour de France; Below is our list of top 10 contenders to win the yellow jersey. 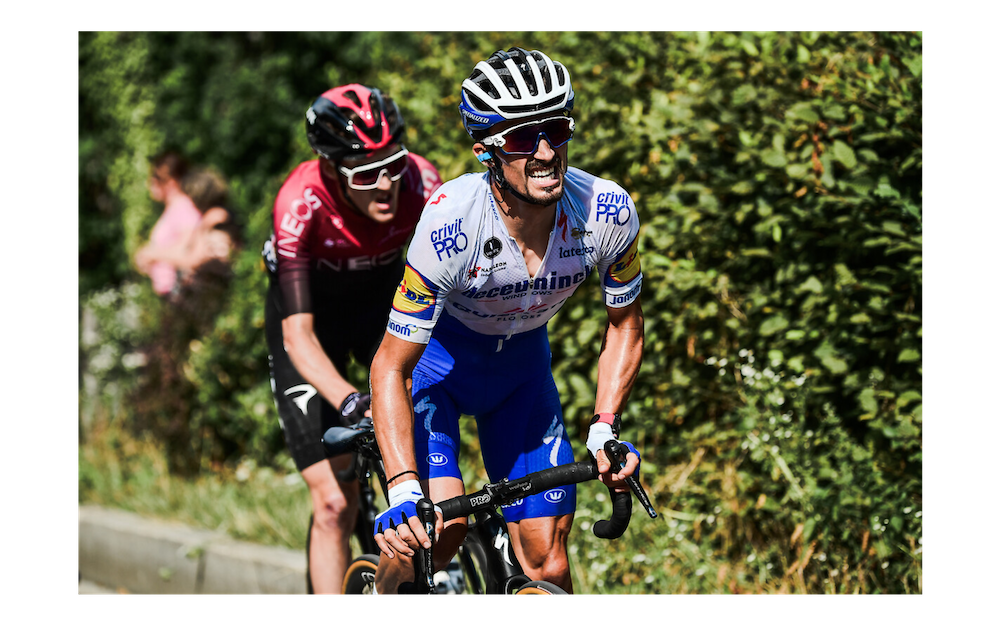 We know, we know — Julian Alaphilippe isn’t racing to win the Tour de France, but rather to win stages. So, why is he on our list? In 2019 Alaphilippe came into the race telling us a similar story, and look what happened. Last year Alaphilippe nearly spoiled the party for Team Ineos after he rode into the yellow jersey and refused to relinquish it, holding yellow for a whopping 14 stages. Only late in the race did he fade in the biggest climbs to finish 5th place overall. That result hinted at a possible run at the yellow jersey in 2020, which Alaphilippe shot down at the onset of the 2020 season. His Tour would be about stage victories and preparation for the 2020 Olympics in Tokyo.

With Tokyo called off due to the COVID-19 pandemic, Alaphilippe is still saying he’s chasing stage wins. Still, we want him on our list. This year’s route, with its steep climbs and chaotic finales, seems custom-built for Alaphlippe’s strengths. It’s a far friendlier course for him than the 2019 edition. So, while Alaphilippe may, indeed, chase stage victories, there’s still a chance he could find himself in contention at the race’s midpoint, at which point he could mount a run at yellow. It’s a slim chance, but with an exciting racer like Alaphilippe, all bets are off. 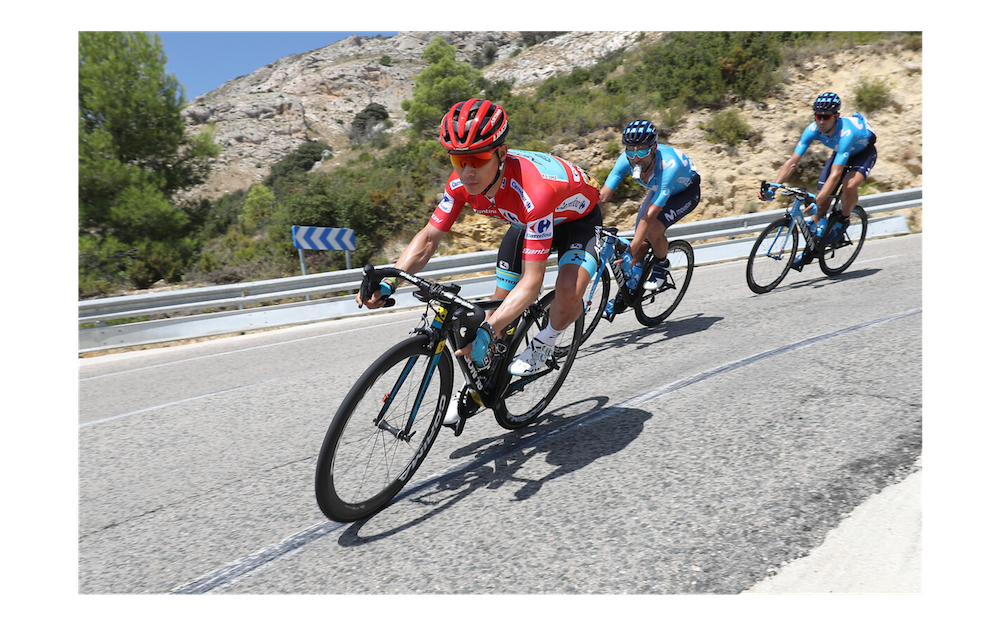 A late addition to our list, López was not revealed to be Astana’s man for the Tour de France until a few weeks ago. On paper, this route suits López’s explosive climbing style, and the lack of flat individual time trial kilometres means that López’s biggest weakness will not cost him too much time. The stages in the Pyrenees, specifically, could be where Lopez goes on the attack to gain time on his rivals. After a slow start to the season, López rode to an admirable fifth place at the recent Critérium du Dauphiné on a mountainous course that suited his style. Astana’s lineup packs plenty of experience, with Izagirre brothers Ion and Gorka, plus Omar Fraile, and ageless wonder Luis León Sánchez. 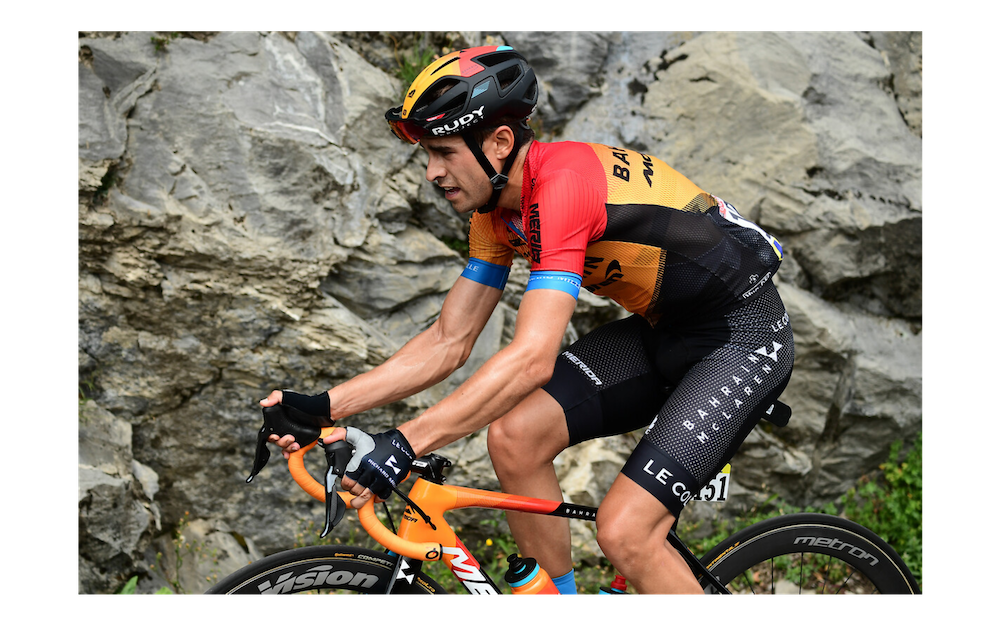 Landa was originally just outside of our top-10, but the absence of Froome and Thomas has opened the door for him to slip onto the list of top contenders. And why not include Landa? While he’s never shown himself capable of winning a grand tour, Landa has proven himself as a capable top-10 finisher. He often rides a conservative race and follows the wheels well enough to land on the front page of the final GC. And, Landa will have the full power of Team Bahrain-McLaren for his run at the GC, including climbing domestique Wout Poels. It’s been ages since Landa burst onto the scene by attacking his way onto the final podium at the 2015 Giro d’Italia. If that old Landa emerges, he could be a name for the top-five. 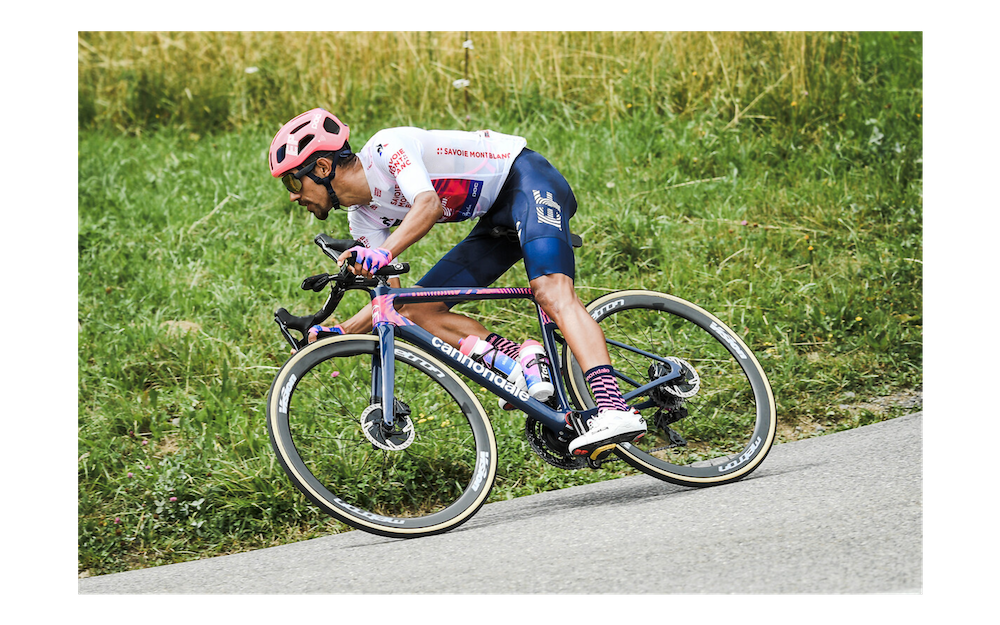 Martínez was not on our initial list of contenders, yet his dramatic victory at the Critérium du Dauphiné thrust him into the limelight. The bigger question for us was whether to include Martínez or his teammates Rigoberto Urán or Sergio Higuita. Urán, of course, has been second place at this race, yet the popular Colombian still seems to be rebounding from his disastrous injury at the 2019 Vuelta a España. Higuita has the explosive climbing prowess to turn heads at this year’s Tour, yet he’s never raced for GC in a grand tour. Martínez showed at the Dauphiné that he can ride a calm and collected race, and also attack at the right moment to take advantage of the situation. That could be a huge asset in this unpredictable Tour de France. 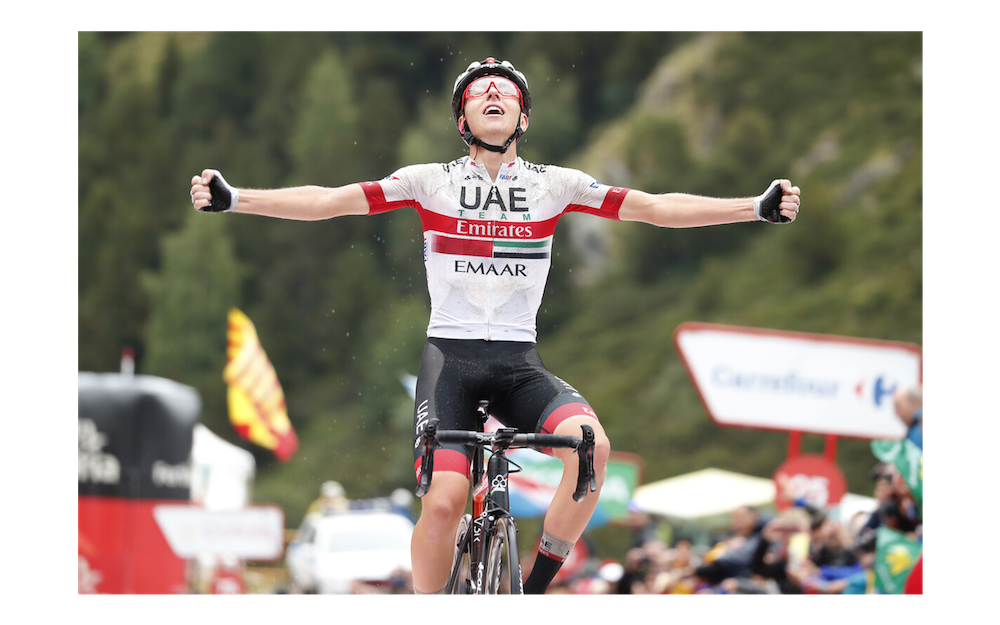 One of the youngest riders in the peloton is also one of the most exciting. Just 21, Pogačar confirmed his place as a grand tour threat by finishing third at the Vuelta a España after winning three stages. While he lacked some punch at the recent Dauphiné, he still rode a smart race to finish second overall.

Pogacar may be a few watts behind Egan Bernal and Primož Roglič on the longest climbs, but he is among the smartest and most daring riders in the pack. All three of his Vuelta stage victories came after he accelerated from the tired field at the perfect moment. Is he too young to win this year’s Tour? Perhaps, but he’s definitely not too young to challenge for the top-10. And it’s our guess that Pogačar will attack his way into the elite group at this year’s race, even if he is still so young. 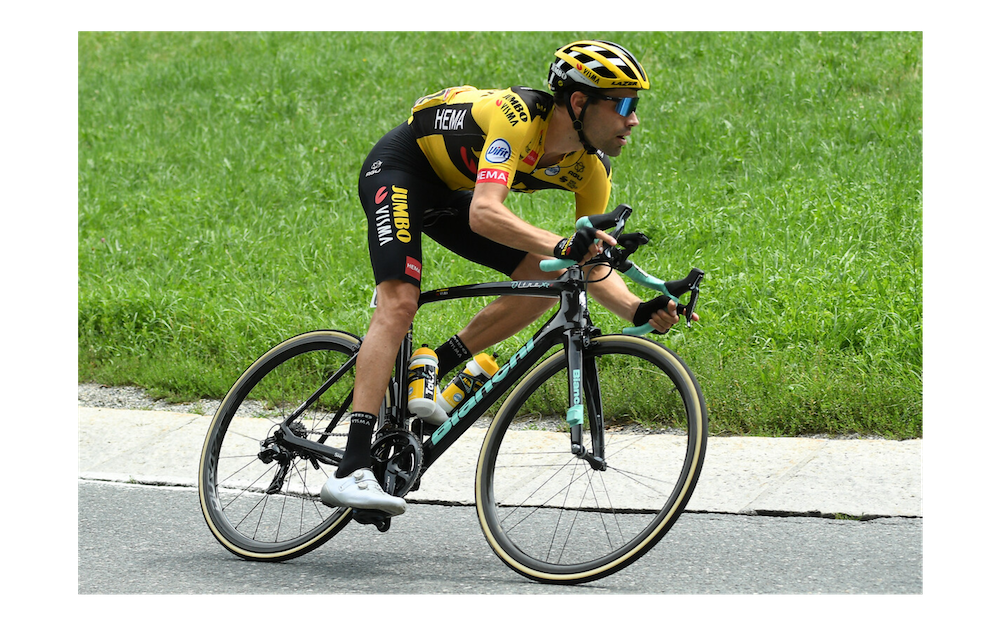 It’s easy to overlook Tom Dumoulin, as the Dutchman hasn’t scored a meaningful grand tour result since he was second place at the 2018 Tour de France behind Geraint Thomas. Dumoulin lost the entire 2019 season to a lingering knee injury, and the lack of racing in his legs presents a major question mark around his overall form and racing acumen.

That said, Dumoulin’s physical strengths — when he’s at 100 per cent — place him among the top grand tour riders on the planet. At the recent Critérium du Dauphiné, Dumoulin’s strengths were on display. He was the top lieutenant for Roglič in the mountains, and he attacked the final stage to vault into 7th place overall. Dumoulin may lack the top-end accelerations of pure climbers like Bernal and Nairo Quintana, but his top-end cruising speed makes him a formidable climber. When he’s at his best, Dumoulin can chase down the pure climbers, and sometimes drop them before the summit. Dumoulin has the credentials to be ranked higher on this list, but at some point, he will likely be asked to sacrifice himself for Roglič. 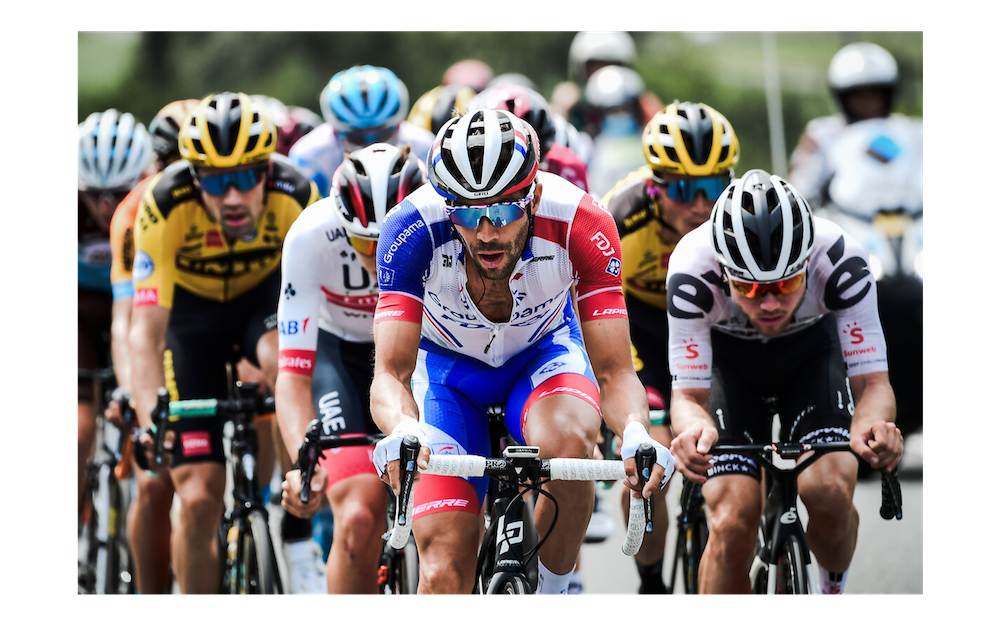 Last year Pinot was the only rider capable of dropping Egan Bernal on the longest climbs, and he did so twice during the race’s early ascents in the Pyrenees. Unfortunately, Pinot’s body could not hold up under the stress, and he exited the Tour early after suffering a knee injury. Had he remained in the race, could he have won the overall? We will never know.

But the success undoubtedly fueled Pinot’s ambitions to try and win the Tour again. And this year’s route, with its steep climbs and uphill individual time trial, caters to Pinot’s strengths while erasing his weaknesses. His recent second-place finish at the Critérium du Dauphiné is a sign of good form — even if a tactical error on the final day cost him the win. Could this be the year that France finally has its Tour de France winner? If so, we’re betting on Pinot. 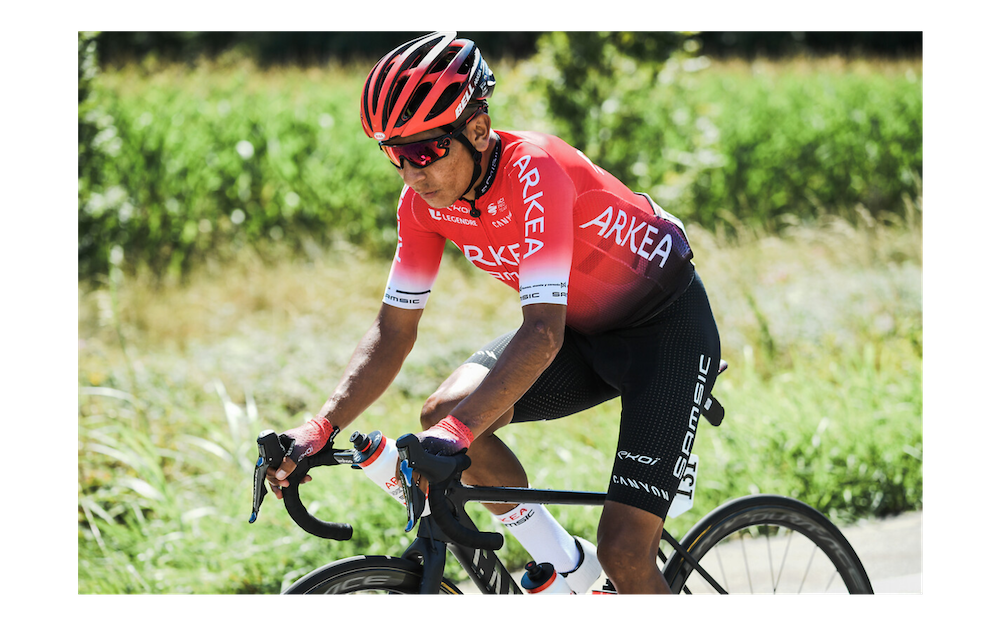 We wanted to see more from Quintana at the Dauphiné, and unfortunately the Colombian dropped out before the final stage citing back pain. Prior to his exit, Quintana was strong, but he wasn’t able to match Roglič or even Pinot in the final battles. It appeared that Quintana needed a bit more work to do before the Tour.

Before the COVID-19 pandemic halted the season Quintana was the most feared climber on the planet, scoring eye-popping summit victories at the Tour de la Provence, Tour des Alpes Maritimes et du Var, and Paris-Nice. Those results marked an exciting new chapter in his pro cycling history. After years of disappointment at the Tour, Quintana jumped ship from Spain’s Movistar team to France’s Arkéa-Samsic for 2020. The move seems to have rejuvenated the pint-sized Colombian climber.

The strength in Quintana’s legs may be offset by the lack of strength in his team. Arkea-Samsic is a UCI Pro Continental squad and lacks the big-budget and overall talent of the WorldTour teams. But given this year’s climb-heavy route, Quintana may simply need his teammates to fetch him a bottle or two until the base of the final climb and then watch him do what he does best. 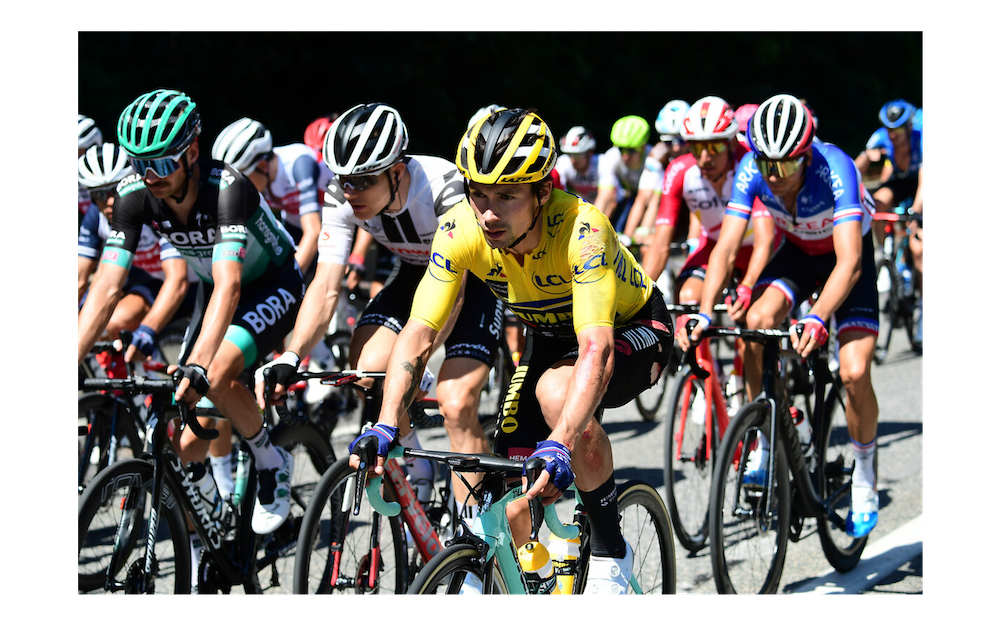 Roglič is the newest rider to win a grand tour, having won the 2019 Vuelta a España in dominant fashion. The Slovenian can climb and blaze an extremely fast individual time trial, and he is also the best descender in the pro peloton. He comes in as one of two leaders at Jumbo-Visma, the forward-thinking Dutch outfit that is hell-bent on dethroning Team Ineos Grenadiers. Jumbo-Visma believes it has found its man in Roglič.

Why not put Roglič atop our list of contenders? Simply put: The Vuelta a España simply isn’t the Tour de France. Roglič faces global pressure, as well as a much stronger field, in France. Plus, Roglič is still recovering from his nasty crash at the Critérium du Dauphiné that knocked him from the yellow jersey on the penultimate day.

Roglic has shown weaknesses in the recent past. During the 2019 Giro d’Italia, he cracked slightly during the race’s brutal third week, slipping from the lead into third. He also made a tactical miscue on the 14th stage, and his hesitation allowed Richard Carapaz to seize pink in his eventual victory.

But Roglic bounced back at the Vuelta, where he showed nerves of steel during a chaotic and uncontrolled race. When a collection of favourites escaped up the road during a brutal cross-wind stage, Roglic stayed cool and had his team methodically pull the riders back. It was a show of calmness that speaks to great things ahead. 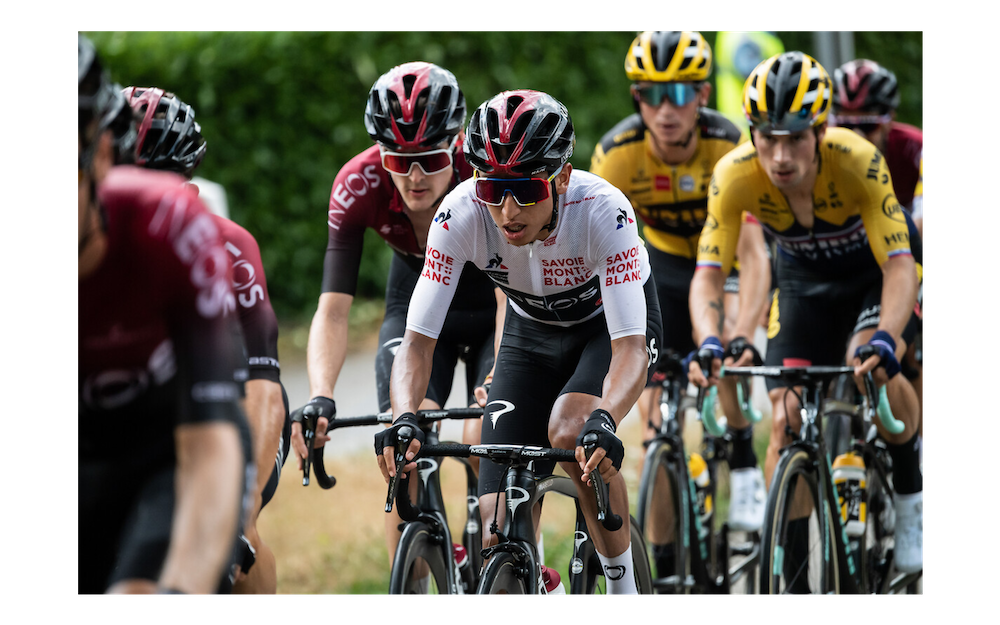 Don’t bet against the house.

We’d be crazy not to pick defending champion Egan Bernal as our top favorite for this year’s Tour de France. Route designers have planned a Parcours that is heavy on the mountains and light on the individual time trials. Bernal is the most feared climber in the world, and at age 23 he has yet to reach his prime.

We realize that Bernal was average at the recent Dauphiné, where he trailed Roglič on the biggest climbs and then dropped out on the final day, citing back problems. Still, given Bernal’s strengths and Team Ineos Grandiers’ prowess at the Tour de France, he is still the top contender. Team Jumbo-Visma is a worthy challenger, but Team Ineos Grenadiers is still the most experienced Tour de France team in the peloton.

And, throughout the delayed 2020 season, Bernal was back in Colombia, training at high altitude on soaring Andean climbs that reach well into the thin air. The return to racing in August presents plenty of unknowns for the entire pro peloton. One thing we’re sure of is that Bernal will be just as strong as he’s ever been on the steep stuff.

There are other reasons why we think Bernal will defend his title. Last year he blossomed into a sophisticated tactician almost overnight. Sure, Bernal was strong, but in order to etch his name into the Tour’s history book, he had to wait for the exact perfect moment to attack. That meant biding his time through the Pyrenees and Jura mountains, and only springing his push for yellow once the race hit the highest climbs in the Alps. Bernal’s patience was a sign of maturity well beyond his 23 years.

And that maturity will be put to the test through this year’s Tour. Bet on the strongest being Egan Bernal. 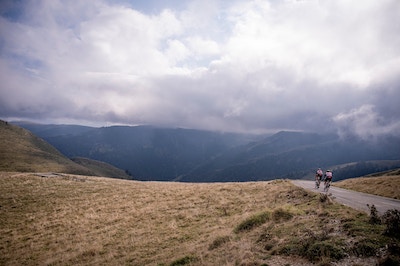 Yates hangs tough in yellow, as his GC rivals tried their best to steal some time in the Pyrenees on Stage Eight of the 2020 Tour de France...