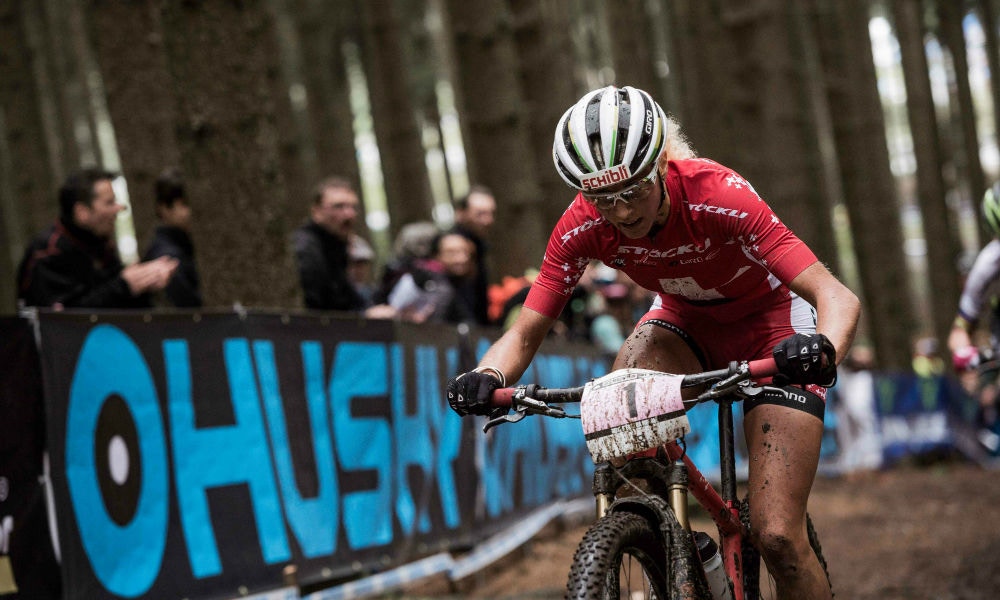 After a long off season the UCI XCO (Cross Country Olympic) World Cup Series commenced in Nove Mesto, Czech Republic. The men’s races last year were dominated by Julian Absalon and Nino Schurter and in the women’s Jolanda Neff was head and shoulders above the rest.

The off season has been filled with many and varied activities; Nino Schurter has taken to cross country skiing and riding downhill tracks on his xc bike. Jaroslav Kulhavy has been a dominating force in the marathon mountain bike scene winning the Cape Epic and European Marathon Championships all whilst working on how far forward he can tilt his seat before he falls off... Julian Ablason has been working on his new “soft tail” bike and will hopefully be wearing a jersey that fits him this year.

The course itself in Nove Mesto is famous for its tree roots and rock gardens. Combine that with some overnight rain and this track was going provide some difficult racing conditions, but a great spectacle. The 2.6 mile lap has around 600ft of climbing, which is broken up into five different climbs. With all these short punchy climbs and technical descents, it’s no wonder Nino Schurter has won the last four editions of the Nove Mesto world cup.

Down to the racing, the women were up first and it was the usual frantic start as the field began to spread out over the wide roads of the start loop. It would soon become apparent this was a race between the new school and old school, reigning world cup champion Jolanda Neff and Gunn-Rita Dahle Flesjaa who has no less than 28 world cup wins to her name. The two went neck-and-neck all race with Neff eventually using her superior descending skills to make the decisive break on the last lap down the “bmx track” and holding her lead to a hard-chasing Dahle Flesjaa winning by one second (with Paulline Ferrand Prevot coming third). It was great to see the two Australians in the field posting their best ever results and proving they are on the up; National xc champion Bec Henderson came in at eighth and National road champion Peta Mullens in 27th.

The men’s race almost mirrored the women’s, obviously Dan McConnell has worked on his speed and was at the front of the field during the start lap. It quickly became a race of two with Nino Schurter and Jaroslav Kulhavy going blow-for-blow leaving the rest of the field to fight for third. Every attack was countered by the other rider and not even a small crash could hold Kulhavy back. He looked to have Schertur’s measure on the climbs and made the winning move mid way up the final climb and would never be seen again taking the win by 24 seconds over Schurter with Julian Absalon over a minute behind in third.

After his fast start McConnell went back through the field and finished in 11th. Next week the World Cup action moves to Albstadt, Germany. This was where Dan McConnell put himself on the map by winning this race in 2013. For what it’s worth, our prediction is Kulhavy to continue this run of form and take the win, Absalon to climb his way to second and Schurter for third in a tight three battle. As for the women's race, Neff for the win ahead of Ferrand Prevot and Dahle Flesjaa.

Catch all the action Sunday night on Red Bull TV.

You haven't even touched the sides! More great reads and videos here at Everything Bike