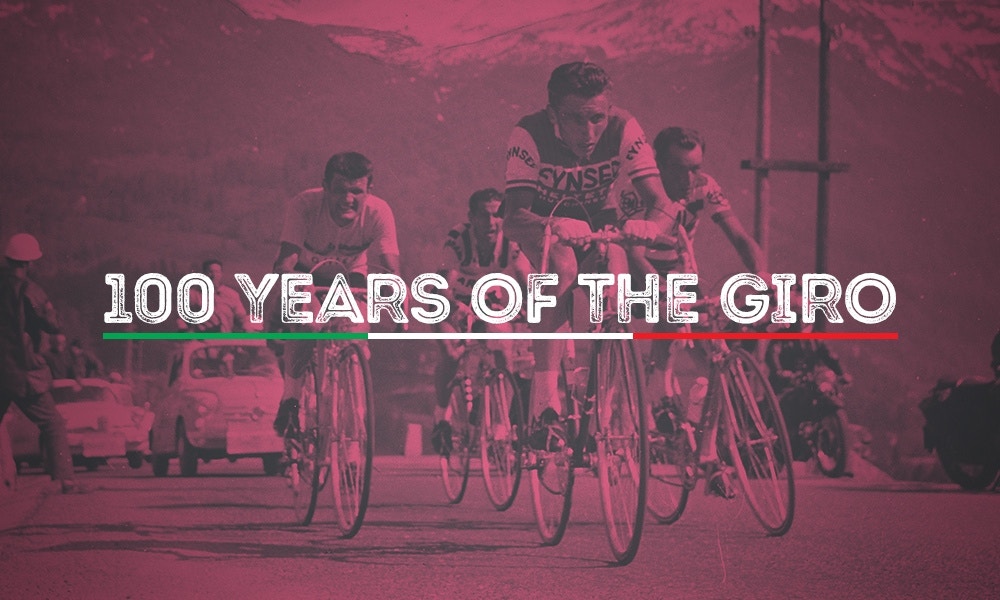 As the Giro d'Italia celebrates its 100th edition in 2017, we take a look back at the past 99 editions and discover why this race is so popular with riders and fans alike. The first edition of the Giro d'Italia took place in 1909 after the local newspaper, La Gazzetta dello Sport, organised the race to increase their sales. The Giro has run every year since except for brief stops for the two World Wars.

The race typically starts and finishes in Milan, an homage to where the La Gazzetta dello Sport headquarters were located, but as we saw in the 2016 edition, which started in the Netherlands, the race start can vary.

The Giro d'Italia, most often referred to as 'The Giro', is the first of three Grand Tours on the WorldTour calendar and often considered the hardest in terms of profile and terrain. Riders contest 21 stages over three weeks, covering well over 3,000km in distance and many thousands of meters in elevation. The Giro d'Italia route varies from year to year but always includes a mixture of flat stages, mountainous stages and time trials in the form of individual and/or team.

Each year the rider with the lowest accumulated time for the 21 stages wins the Giro d'Italia, collecting the pink leader's jersey otherwise known as the 'maglia rosa'. In addition to the overall winner, there are also other classifications to reward riders for their efforts; the mountains (blue jersey), points (red jersey) and young rider classifications (white jersey). There are also two teams classifications, the Trofeo 'Fast' team, and Trofeo 'Super' team, rewarding riders for high placed finishes and consistency. The 'Maglia Rosa' so called because of its pink color, is awarded to the rider with the lowest accumulated time across the 21 stages. La Gazzetta dello Sport prints their newspaper on pink paper and so provided the inspiration for the pink jersey. The pink jersey, which is synonymous with the Giro d'Italia, first appeared in 1931 and has been a constant ever since.

The leader in the mountains classification is represented by a blue jersey. Points in the classification are awarded for reaching the top of selected categorized climbs first or close to first. Points allocated to each climb differ depending on the difficulty of the climb. The most difficult climbs otherwise known as 'HC' or 'Hors Categorie' climbs (a French term meaning beyond categorization) are awarded the most amount of points. Category 1, 2, 3 and 4 climbs will have decreasing points allocated to them and fewer positions available to earn points.

The leader in the points classification is represented by a red jersey and is commonly known as the 'sprinters' jersey. Points are awarded at the finish line and at specific locations along each stage, which accumulate during the race. The rider with the most amount of points at the end of the Giro wins the classification.

The Best Young Rider classification works exactly the same way as the general classification but only riders under the age of 25 are eligible to win. The rider under 25 with the lowest accumulated time will wear a white jersey signifying their lead in the classification. The winner of the white jersey often provides a preview to future results and potential Giro d'Italia victories.

Strangely enough, there are two separate teams classifications for the Giro d'Italia; the Trofeo Fast Team and the Trofeo Super Team.

The Trofeo Fast Team is won by the team with the lowest accumulated time, a result of adding the times of the three best cyclists per team on each stage.

The Trofeo Super Team, on the other hand, is based on points, not time. The top 20 riders on each stage earn points towards their teams total, the team with the highest number of points at the end of the race wins.

Legendary riders of the Giro Since the first edition of the Giro d'Italia back in 1909, 22 riders have managed to win the race more than once. Three legends of the sport, Alfredo Binda, Fausto Coppi, and Eddy Merckx, each winning the race five times. Riders from 12 different countries have won the race but there certainly is a home-ground advantage, with Italians winning the race 68 times.

It took the 'Iron Man of Tuscany' to dethrone Binda. Gino Bartali was the next to come along and stamp his authority on the race winning in 1936, 1937 and later in 1946. Bartali was eventually challenged and defeated by then teammate Fausto Coppi. Coppi would go on to win five editions of the Giro (1940, 1947, 1949, 1952 and 1953) which could have been more had it not been for World War II.

The all-conquering Eddy Merckx was next to arrive on the scene. Merckx was referred to as "The Cannibal" due to his ruthless nature and ability to win every race in dominant fashion. Merckx won 11 Grand Tours, all five cycling 'Monuments', the World Championships and held the hour record. Merckx's five Giro victories came in 1968, 1970, 1972, 1973, 1974 and in the process he wore the maglia rosa for a record 78 stages.