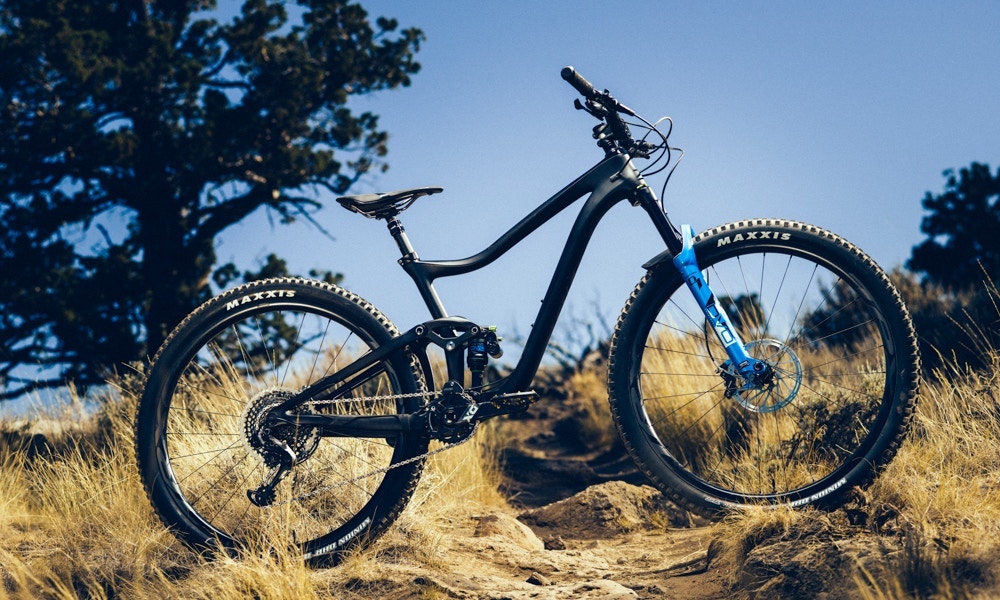 A champion of the 27.5” movement in recent years, the world's largest bicycle manufacturer is starting to embrace the 29er wheel size once again, with the all-new Trance 29 being the latest bike in Giant's mountain bike range to score bigger hoops.

Of course, the change to 29” wheels isn’t the only change with the Trance 29, with a host of new additions including modern suspension mounting, a refined geometry and modern manufacturing techniques. Join us as we take a look at ten things to know about the all-new Trance 29 trail mountain bike.

With Giant claiming the Trance 29 has been in development for two years, the plan for the 2019 Trance 29 was to create an efficient trail bike that was simply fun to ride. The end result is a relatively short-travel trail bike that's designed to complement the existing and hugely popular 27.5" Trance platform, a bike that remains in the line-up for 2019.

The bigger 29in wheels are widely celebrated for the additional rollover ability and stability they provide, and Giant have gone to great lengths to overcome the negatives often associated with big wheeled bikes of the past, such as cumbersome handling and frame flex.

In order to accommodate the larger rolling stock, Giant have completely overhauled the geometry for the Trance 29er, ensuring it retains all the agile handling features of the 27.5” model whilst offering up the increased stability the larger wheels provide.

In a nutshell, the new Trance mimics the geometry numbers of much longer travel bikes, offering a short rear-end (435mm), extended front center, a raked head tube angle (66.5º) and a steep seat-tube (74.5º) to bring the rider over the front of the bike during climbing. Such a slack head angle would typically make a bike feel floppy at low speeds, but Giant have worked closely with its suspension partners to use a shorter offset fork of just 44mm in order to find a sensible balance. Each model in the Trance 29er range offers 130mm travel up front, and 115mm at rear, less than what's commonly found on many modern trail bikes, but through clever tuning, it's certainly up to the task.

Looking at the Advanced Pro 29er 0, on the front sits an all-new 130mm travel front suspension fork courtesy of boutique brand DVO. Giant worked closely with DVO when developing the Trance 29 in tuning the front and rear suspension to work in unison with each other. This balanced suspension feel isn’t limited to the top-level offering either, with Giant claiming they’ve replicated a lot of the rebound and compression found on the flagship model, on more modestly priced bikes further down the range.

4.Doubling Down on the Composite

As is the case with the Anthem Advanced 29er unveiled in 2018, the Trance Advanced Pro 29er scores full composite front and rear triangles. Giant claim the move from alloy to composite construction for the rear triangle was made to aid in stiffness and compliance, all whilst reducing weight. As a result of this new frame, the top-end Advanced Pro 29er 0 weights in at a claimed 12.2kg for a complete size medium (without pedals).

As is the common industry trend, more and more manufacturers are looking towards 1x drivetrains (with a single chainring up front) due to their simplistic nature and lower maintenance they require.

Giant says the decision to make the Trance 29er range 1x specific was made in order to allow for more tire clearance out back and allow the trunnion mount rear shock to perform just how they wanted, without any restrictions. The Trance 29 is Giant's latest model to score a trunnion mount rear shock, helping to create a lower leverage ratio which in turn allows for a lower rear shock spring pressure to be used. By lowering the pressure, the suspension stroke is smoother and aids in pedaling and braking efficiency. Giant also say the trunnion mount standard allows for a lower center of gravity and shorter chainstays for improved handling, climbing and agility. The entire Trance 29 range makes use of boost spacing front and rear. This wider hub spacing (110mm front and 148mm rear) results in stiffer wheels for added traction and control, and also allows for more tire clearance (up to 2.6”) without compromising drivetrain performance.

Released in conjunction with the Trance 29 range is an update to the range of Giant mountain bike wheelsets. The TRX 0 wheelset fitted to the Trance Advanced Pro 29er 0 range scores 27mm inner width composite rims, 28 spokes front and rear, laced to premium DT Swiss 240 hubs, and are said to tip the scales at just 1662g. Giant says the updated TRX 0 and TRX 1 wheelsets have a two-year warranty and have better impact protection compared to its previous offroad carbon wheelsets.

9. Carbon or Alloy, The Choice is Yours As is the case with the rest of the 2019 mountain bike range, the Trance 29 range is available in both composite (aka, carbon fiber) and aluminium build options. As detailed above, the Trance Advanced Pro 29er makes use of a complete Advanced composite frame, whereas the standard Trance 29 range makes use of Giant’s own Aluxx SL aluminium. All models, including the aluminium versions, feature a new one-piece composite rocker link to drive the trunnion mount rear shock.

The Trance 29 range is available in the US right now from leading retailers across the country. Check with your bike shop for local availability.

United States models and pricing are as follows;

Confused by the different types of mountain bikes on offer? Check out our Ultimate Mountain Bike Buyers guide for all you need to know