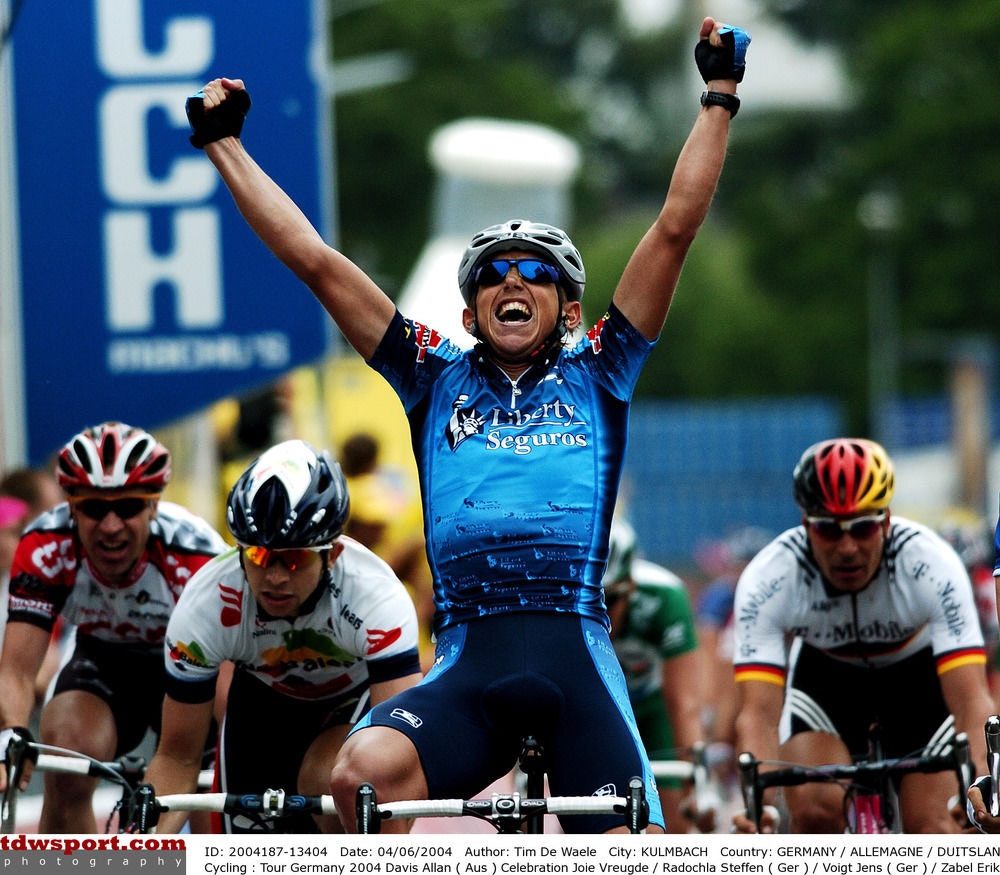 Allan Davis is enjoying life living in San Sebastian in Spain as a coach, mentor, guide and luxury tour conductor. A life not too far removed from his 12 year professional career where he amassed 31 pro victories, including Commonwealth games bronze and gold and a World Championship Road Race bronze.

We had a chat with Allan about life after professional cycling and his new endeavor.

Some of Allan’s best memories are not only of his 31 victories, but his involvement in countless others for his team mates and countrymen. Friendship is the thing he holds most treasured and says this aspect of the sport is starting to become more widely known and acknowledged as exposure and interest increases.

Once upon a time people didn't see a teammate who rode on the front of the peloton for three quarters of the stage to keep the breakaway within striking distance, only to finish 15-minutes behind the main group after riding himself to exhaustion. The team aspect and camaraderie of the riders is now getting attention, to the point where riders are being applauded as much for emptying their tanks to help a team mate as if they were to win the race itself. This selfless attitude is something that makes cycling so great, and continually draws people in for the long haul. Transition from the professional cycling world has been a good one for Allan. The many great relationships he built over the years with team managers has enabled him to give people enjoying his tours something other companies can’t provide. Extra details like riding along in the team car or bus is a point of difference from others and ensures people who are a part of his tours that they will enjoy the trip for the experience as much as for the riding.

The idea to start his own touring company first came to Allan whilst riding in the peloton; he just didn't know at the time how to get it done nor the logistics involved. Once his career finished he took some guided services with other companies which was a great transition into post pro-life. It was fun and enjoyable, but work at the same time.

The snowball has now well and truly begun rolling, though, as days begin by checking emails and getting back to prospective customers, especially coming into the Tour de France.

Speaking four languages helps and the emerging quality of riders coming out of Australia and Columbia has opened up a steady stream of interest from both countries, which represent the lion's share of Allan's customers.

A unique selling point for Allan’s tours is something that has nothing to do with cycling at all. Allan’s wife is a professional beautician and can look after the rider’s better halves - male or female - for massages, facials, manicures, pedicures, waxing and much more. A great idea and perfect option for couples travelling together.

Allan still rides quite a bit, but has enjoyed many other activities since retiring including running a few half marathons and kicking around a soccer ball. Unfortunately the latter resulted in a torn ACL so ironically it has been a case of back on the bike to rehab his knee.

The most common theme Allan gets quizzed about is how the pros' training relates to the rest of us. He reminds us to appreciate that cyclists are working at their sport full-time and eat, sleep, breathe cycling. In most cases it is unrealistic to try and emulate pro riders in any way other than their tan lines and kit.

The best advice he can give is to make it fun. If you can do that you will end up riding more hours without giving it a second through, and it will keep you involved in the sport for longer. Allan has been living in Europe since a teenager, and has been living permanently in San Sebastian for 14 years enjoying the Basque country’s beautiful scenery, great climate and relaxed atmosphere.

He regularly makes the trip back to Australia to recharge his batteries and catch up with family and friends.

We are incredibly envious of Allan's transition from Pro!