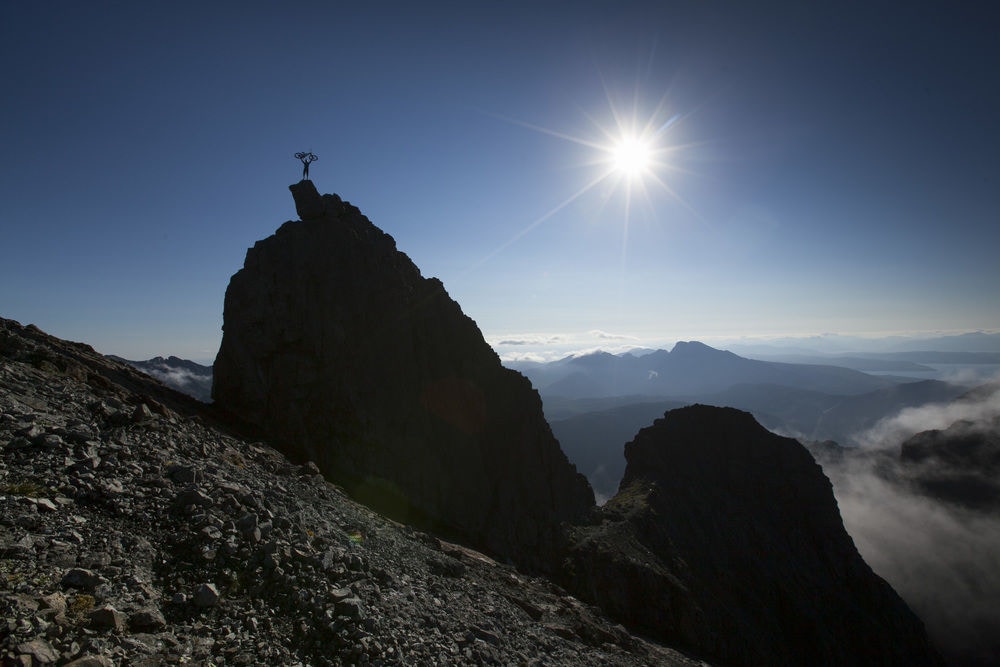 The BANFF Mountain Film Festival takes place every November in Canada with more then 300 mountain, culture, adventure and exploration films. From that 300, an esteemed group of award winners and audience favourites is selected to be apart of the festivals world tour, visiting 35 countries and showcasing what it’s all about.

This year the festival is made up of 10 films beginning on the ski slopes of Alaska, Argentina and Canada and journeying to the remote canyons of South America. Rock climbing, Stand Up Paddle boarding and some of the most extreme mountain biking you will see is on display. The locations could not be more diverse and spectacular. Whether you are an adventure sport enthusiast or not, you will fall in love with the backdrop of these films and the uniqueness of each story.

I sat down and watched ‘The Ridge’ – Danny MacAskill’s breathtaking ride along the Isle of Skye. I’m not sure who the hero is in this movie, Danny and his freakish mountain biking skills or the landscape. The film begins with Danny rowing his boat to a remote location that looks almost prehistoric. There are no roads to this ride, and the untouched terrain speaks volumes of its isolation.

Before we start it’s worth noting that Danny is one of the most skilful mountain bikers you will ever see, a unique combination of talent and fearlessness, Danny attempts and succeeds at the seemingly impossible, making it look ridiculously easy. Danny begins his journey climbing up close to vertical rock formations, nestled into the side of a mountain… but saying he is ‘climbing’ doesn’t really do it justice. He is literally scaling the climb on his bike. His strength and balance is immense, and he hops up vertical rock faces and pauses, trying to plan his next move.

Danny takes his riding as far as possible, but at a point it becomes too much for even him to conquer. So he gets off his bike, throws it over his shoulder and walks to the top of the cliffs to begin his descent. From here the majority of footage is taken from his GoPro camera or sweeping camera shots from far away, such is the radical terrain.

To say the descent is insane, is underselling it.

The cliff’s drop off to nothing, straight down for hundreds of metres. They are so sheer you could almost get vertigo watching the footage of him taking his first few pedals down. Danny is literally risking life and limb, one false move would be his last. Even his bike would have been scared of that descent! But true to form, Danny negotiates it with impossible ease, making you think anything is within reach whilst marvelling at his level of bike handling skill and bravery.

Towards the end of the ride, Danny casually does a front flip over a barb-wire fence and slowly comes to a stop on the beach. Even as I write that, I’m shaking my head, it’s so crazy!

This story and many others are part of the BANFF Mountain Film Festival tour. Make sure you catch it when it comes your way.