Early last year Cadel Evans took his bike to an old stomping ground – the beautiful Humevale Road out the back of Kinglake.

It was the first time he’d ventured there since determining that he would stop racing as a pro. It became an unexpectedly poignant ride as he thought back to the countless other times he’d made that climb, his head full with what lay ahead, what was yet to unfold, what hadn’t yet been achieved, the dreams not yet turned to reality.

Now a man in his late 30's here he was for the first time making that climb and thinking about what lay behind; the dreams that had been realized, the victories that had been celebrated, the challenges that had been hit head-on and handled.

It’s an opportunity for Shane and Cadel to talk in a way they’ve never before done, despite crossing paths at distinct points in their illustrious, impressively long respective careers. Much like Shane, Cadel’s connection to the bike started at whippet-size age, but it wasn’t until he was an early teen that he began to really connect with the sport, and shortly thereafter with racing.

Whereas once upon a time the bike was to get from A to B in Plenty, Melbourne, it soon became a joy – Cadel would go out for a ride for no other reason than to ride.

As part of his final race season campaign he returned to those same roads (anyone who’s ridden that area of Melbourne will attest they have fairly generous gradients) with his mum moto pacing him. He thought to himself, here we are again. It had probably been something like 25 years since his mum had had anything to do with his training. Back then she was probably ferrying him from race A to race B and now here she was on the motorbike, him at her wheel. It’s just a circle, really, he thought to himself. Although the motorbike is probably a lot better this time around…

There’s a great humility to the Cadel we see here with Shane. He reflects on the things you learn when you’re young and the people who teach specific lessons you carry throughout life. Like Damian Grundy, Cadel’s first mountain biking coach. Cadel talks about the professionalism instilled in him by Damian who at the time was a national level rider and one of the best mountain bikers in the country. It’s the little things – like the fact even now Cadel might remove his helmet and automatically reach for a team cap. It’s just habit. Look after the sponsors; they pay the wages. Cadel talks about winning the 2011 Tour de France and hoping that if Damian watched it, he would realise Cadel was still applying so many lessons he’d learned under Damian’s wing.

Cadel talks to Shane about the teams that helped sustain his phenomenal career – some brilliant experiences, others evidently leaving no love lost.

The year 2009 seems seared in Cadel’s mind like a branding iron. He talks of what happens when a team loses faith in a rider, and the few cards left to deal in such a scenario. For Cadel the solution was straight-forward – restore confidence with wins. He delivered in spades, taking out that year’s World Championships title.

It might have been restorative, but ultimately the damage was done; Cadel needed a team that would have his back. He found that in BMC, an outfit that not only supported and respected him during his breathtaking Tour de France victory, but that provided him with a professional racing exit strategy into which he could really sink his teeth.

He may have retired from racing, but Cadel’s as active as ever these days, granted a lot less of that activity is on the bike. That said he is still performing monthly VO2 max tests – it’s his way of “giving back to physiology” so that scientists can hopefully better understand the impact retirement has on an athlete’s body.

Cadel jokes that the first six months made him wonder why on Earth he’d spent so much time training – clearly he could maintain the bar at a pretty impressive height. But he confesses it was after six months that cracks began to show. Shane (eight years into retiring from professional racing) is quick to assure him that a pretty distinct drop in fitness probably isn’t too far away…!

Unperturbed, one of Cadel’s goals is to maintain pretty decent fitness (obviously his version of pretty decent equates to off-the-Richter-scale for us weekend warriors) but more importantly, to use his role as BMC Global Ambassador to help get more people riding for improved fitness and wellbeing. Thanks Graham Watson for the historic pic

He talks about members of the public who will approach him and say his career inspired them to jump on a bike, lose 15kg and feel better than they ever remember feeling. It might sound cliché, but later in life he reckons that’s the kind of achievement that will sing out to him.

Sure, he may have consistently ridden at the pointy end of the peloton for some 20 years. But in years to come he reckons the pride he feels from inspiring everyday individuals to feel great through riding will in fact become a genuine career highlight.

2016 will be the event’s second consecutive year, yet it has already secured 1.HC Classification and has confirmed a line-up of some of the biggest teams on the pro circuit – Sky, BMC, Orica-GreenEDGE, Katusha, Trek Factory Racing, Lotto-Soudal, LottoNL – Jumbo, and IAM Cycling.

The team start list is an outstanding coup for the event and for cycling in Australia, but it’s the People’s Ride that’s got Cadel equally pumped. Unlike last year, which was his final hurrah as a pro cyclist, this time around Cadel will be riding with us amateurs, and he’s looking forward to it. Just probably not as much as we’re all looking forward to riding alongside, near or just within a few kilometres radius of such a superstar.

We think Cadel’s got to be one of the most versatile, professional, committed cyclists and genuinely all-round-nice guys. This is one episode of Off the Bike with Shane Kelly not to miss! 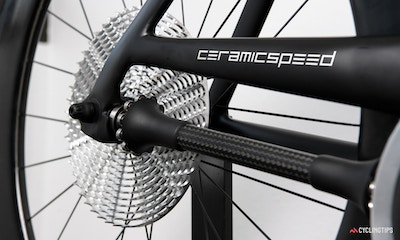