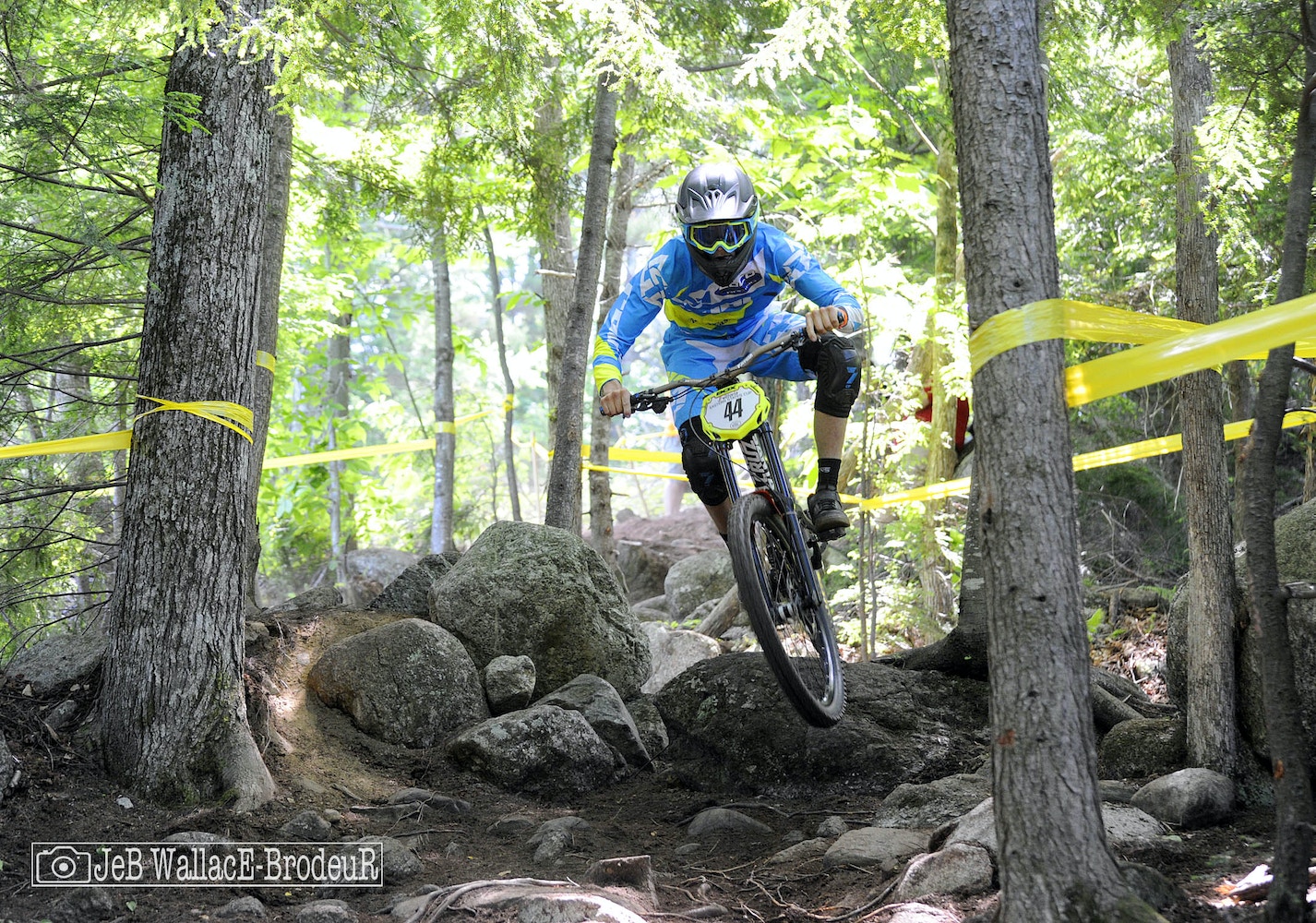 Like a back-ordered part from a mail-order supplier, riding season has suddenly arrived. After a winter that really wasn't, it's time to get serious and whip yourself, and your race steed into shape. The first Vittoria Eastern States Cup event of the year is less than a month away and the series has more goodies than ever in store for East Coast racers. New this season, race results and highlights will be released first on the BikeExchange web site. The Eastern States Cup is proud to partner with BikeExchange, one of the world's largest bike marketplaces. BikeExchange is where 2,000 retailers connect with millions of consumers worldwide. Some highlights of this year's schedule include three ProGRT downhill events being run in conjunction with the ESC, including a new venue at Killington Resort and a UCI HC race at Windham that should attract some of the world's finest riders. The hugely popular enduro series has grown to ten events and will travel to several exciting new venues such as Diamond Hill in Rhode Island, Victory Hill at Kingdom Trails in Vermont and Thunder Mountain in Massachusetts. If you're the type of racer who's just in it for the money (said no one, ever) then you'll be pleased to know the Vittoria ESC New England and Atlantic Downhill Series are increasing their pro purses this season with a total of $31,000 up for grabs. The per race and series championship payouts have both been increased, and again there will be equal payouts for men and women. The enduro series will also increase its payout to a whopping $21,000. The $52,000 in total prize money makes the Vittoria ESC series the Powerball of the North American bike racing world! As if all this money floating around wasn't enough incentive for the pros, there is an additional sweetener at the Super Championship finals at Plattekill. The downhill pros that win either the Atlantic or New England Championship AND finish ahead of the other series champion in the finals will win the Super Championship and the additional $1,000 that goes with it. In other words, one of the two Series Champions will take home $1,750 at the finals, plus any race money if they podium, at Plattekill. So if they win the finals race and their overall series, it would be a $2,250 payday! It's not just about cash purses with the Eastern State Cup. There will be loads of product prizes at every event. Once again, Selle Italia will be providing custom ESC seats for amateur enduro race winners. Fly Racing will be sponsoring the Fly Racing Speed Zone at all downhill races this season. There will be some great Fly Racing gear for the fastest amateur men and women at each event. In addition KMC chains and Pro Gold lubricants will be providing podium prizes so the ESC can go five racers deep on the podium in every ESC race class. Clif Bar will be a new sponsor of the Under 14 class, to be known as the Clif Kids Class, for boys and girls. And, by popular demand, the enduro series will also have the new Clif Kids Class so the under 14 enduro racers won't have to compete against older teens. Clif will be handling prizes for these new categories. If you haven't heard, The Eastern States Cup is setting up its tent on the World Cup stage. The Eastern States Cup North American Downhill Team is the first all-junior squad to receive full trade team status from the UCI. Nine teens from the U.S. and Canada, who have been regulars in the ESC's Cat 1 junior category, will be racing for this team at World Cups and ProGRTs across the globe this coming season. The North American Downhill Team is the brainchild of George Ulmer, founder and owner of the Eastern States Cup enduro and downhill series. Ulmer is a huge champion of the east coast racing and sees this as an important next step for the sport: “I really want to give back and feel this is a good way to do that. I hope to make this a long-term venture as it will help the future of junior downhill racing by providing direct access to Junior World Cup events.” The 2016 Eastern States Cup race series is being sponsored by a mix of returning companies and new supporters. Vittoria USA continues as the title sponsor for 2016. Ken Avery, Vittoria USA Vice President, Marketing and Product says, “For so many racers, the Eastern States Cup is where it all begins. It’s rare for a series to be so accessible, professional, and diverse. Vittoria is proud to be the title sponsor for the foreseeable future.” Box components will again be sponsoring the combined downhill and enduro event series.

BMX racing legend, Toby Henderson says, "All of us here at Box are excited to be working with George Ulmer and his crew for the Eastern States Cup. There are some amazing riding spots, as well as some amazing riders, out East and we are proud to have Box as one of the main sponsors of such a great series of races. Box has a bunch of innovative MTB products in the works, and we look forward to having them on display at the 2016 Eastern State Cup races." Henderson plans to be at selected ESC Box East Coast Showdowns and race enduro with us.

Fox will also be on board once again this season. Mark Jordan, Fox global marketing and communications manager says, "FOX is excited to continue working with the Eastern States Cup race series. The events are well run and the courses are some of the best in the nation. These events are the perfect proving ground for our products."

New to the stable of sponsors this season is Transition Bikes, long a fixture in the Pacific Northwest race scene. Lars Sternberg, Marketing Projects Manager says, "Transition Bikes is ecstatic to be partnered with the ESC. We've had a longstanding history of supporting DH racing in the states with the NW Cup series here in Washington, so to now have the Northeastern seaboard covered only made sense. We love what the ESC is doing, and are very happy to be a part of it. We're looking forward to seeing how the season shakes out, there's a lot of races to get to!"

Another new sponsor is Clif Bar, long an active player in adventure sports. Richard Patty, marketing manager for Clif Bar says, “As a long time racer I am super excited we are supporting the Eastern States Cup series for 2016. Year after year they continue to deliver top-shelf races and grow the East Coast downhill and enduro scene. Make sure to grab a Clif Bar when you see us and Feed Your Adventure!”

As always, ESC races get the best coverage of any series in the country with full race reports, videos and professional photography featured on Pinkbike's home page after each race. Pull out your Sharpies and mark your calendars. It's time to get your gravity fix fed!