Focus at the Tour deFrance 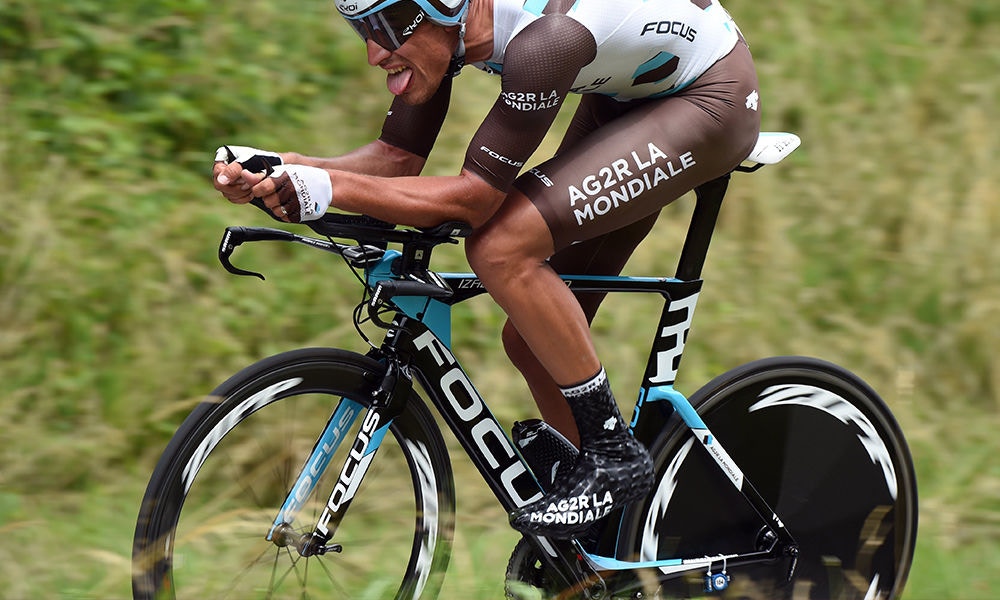 Is your next bike a Focus? Find it here

Ag2r La-Mondiale had a very successful 2014 Tour de France campaign, Jean-Christophe Peraud placing second and young gun Romain Bardet fighting for the best young rider competition with eventual winner Thibaut Pinot. Both riders were on board the superlight Focus Izalco Max. The Izalco Max was built for climbing, the frame weighing an impressive 750grams, and when combined with the 293gram fork, it delivers a package just above 1kg. The frame remains incredibly stiff and is one of the few bikes in the peloton to have external cabling, making the team mechanics’ job much easier. Ag2r La-Mondiale are the only team in this year’s race to be on the light weight SRAM drivetrain. Look out for the two Frenchman to make an impact in the mountains. If you are looking for a challenge this season, why not try the 7 Peaks, when 1 peak just isn't enough!

Focus are driven by performance, and as well as making their TT bike as aero as possible, they have placed a big focus on keeping the weight down. The development of the frame was a very practical one, starting with an aluminium test body, then practical tests on a prototype version with dummies and cyclists. The result was a fully integrated aero machine, cabling and braking hidden from sight. The tiny rear triangle a common sight amongst modern TT bikes, but the relatively oversized front triangle with small head tube was found to be more aerodynamic than previous models. For everything to do with cycling and so much more, check out our blog

Thanks to Graham Watson for the great images.