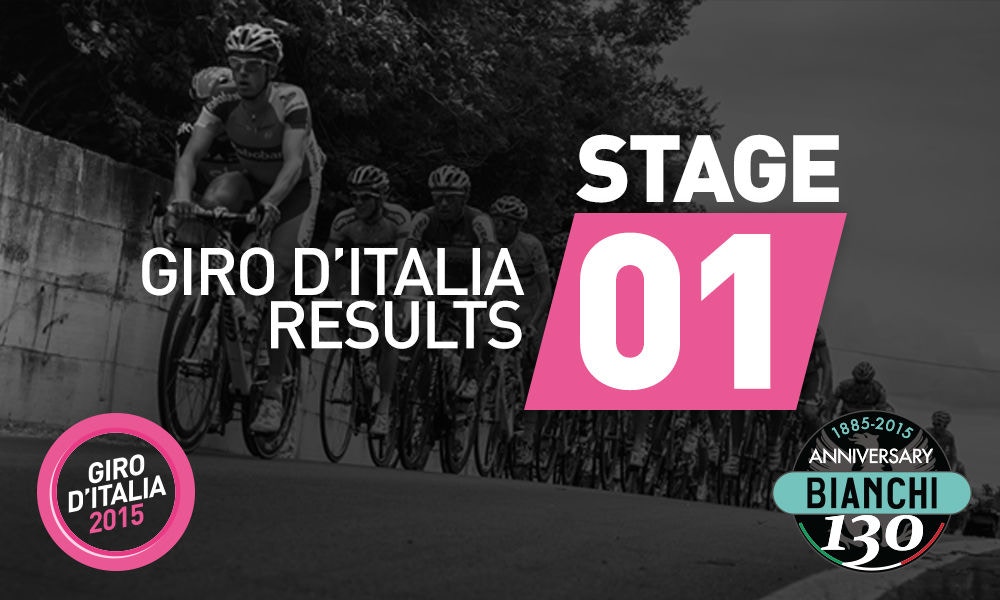 The 98th Giro d’Italia is off to a thrilling start with a 11 mile Team Time Trial that has seen Australia's Orica-GreenEDGE take out a stunning win.

Torpedoing over the line in a cracking time of 19 minutes and 26 seconds, Orica-GreenEDGE finished seven seconds ahead of closest competitors Tinkoff-Saxo, and 13 seconds ahead of Astana Pro Team.

The technical course coupled with the head wind played into the hands of the strong time trialing team, although there was momentary cause for concern when Tinkoff-Saxo posted a faster time at the first split. But the Aussie team proved too powerful, maintaining an overall blistering pace that just couldn't be matched.

The win marks Orica-GreenEDGE's second TTT success for two Giros in a row.

The Giro has been coined ‘the toughest race in the most beautiful place,’ but the 11 mile TTT along the Riviera dei Fiori (Riviera of Flowers) didn't hint at any of the mega mountains yet to come. A largely asphalt roadway following a former train line, the course was without any significant ascents and was always set to be a show of pure time trailing power and technical talent. Is our guest blogger Nick Squillari on the money? Find out his Giro predictions here

Tinkoff-Saxo's Alberto Contador made it clear during the official Giro press conference that in three weeks’ time his hope is to be ‘on the top step of the podium.’ With his team packed full of climbers, Contador's potential time to shine will be coming as early as stage five, which is a summit finish. But throughout the grueling 2178 mile race they'll be contending with other GC favorites Richie Porte from Team Sky (who finished the TTT well back in ninth place) and Fabio Aru from Astana Pro Team.

Starting tomorrow however, the Giro becomes a sprinting man's race, with eyes now on the 110 mile stage from Albenga to Genoa.

A big thanks once again to Graham Watson for his sensational shots.

Check out more Everything Bike reads and videos here