Michael Matthews has touched down in Australia ahead of a big summer of racing. We caught up with the young superstar to chat about his breakout performance at the World Championships and his plans for 2016. Bling gets nervous just thinking about the World Championships and labels it the biggest race of the year. He heaps praise on current World Champion Peter Sagan, describing his attack as 'smart' and perfectly timed. Bling won the bunch sprint for second and had it not been for Sagan's exploits, the young Aussie sprinter would have the rainbow strips for 2016. Bling provides his thoughts on 2016, which is shaping up to be a 'difficult' year for any pro cyclist. In 2016, the traditional races - the Spring Classics, Grand Tours and World Championships - are all there, plus the larger than life Olympic Games. Although Bling describes the course as one better suited to the climbers, there's no doubt he and the Australian team will be looking to be on the top step of the podium. The climber's course at the Olympics is in stark contrast with the flat and fast World Championship course, which may provide a better opportunity for victory.

We wish Bling all the best for the 2016 season and hope he can go one better and wear the rainbow jersey for 2017. 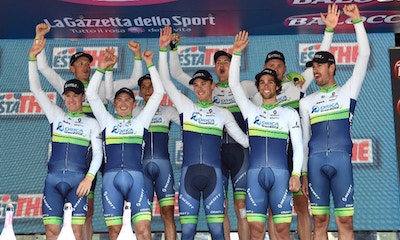 2015 in Review with Matt White

BikeExchange chats to Orica-GreenEDGE Sports Director Matt White to get his take on the year and what lies ahead for 2016...