Mitchelton–BikeExchange On Track For Their Strongest Season Yet 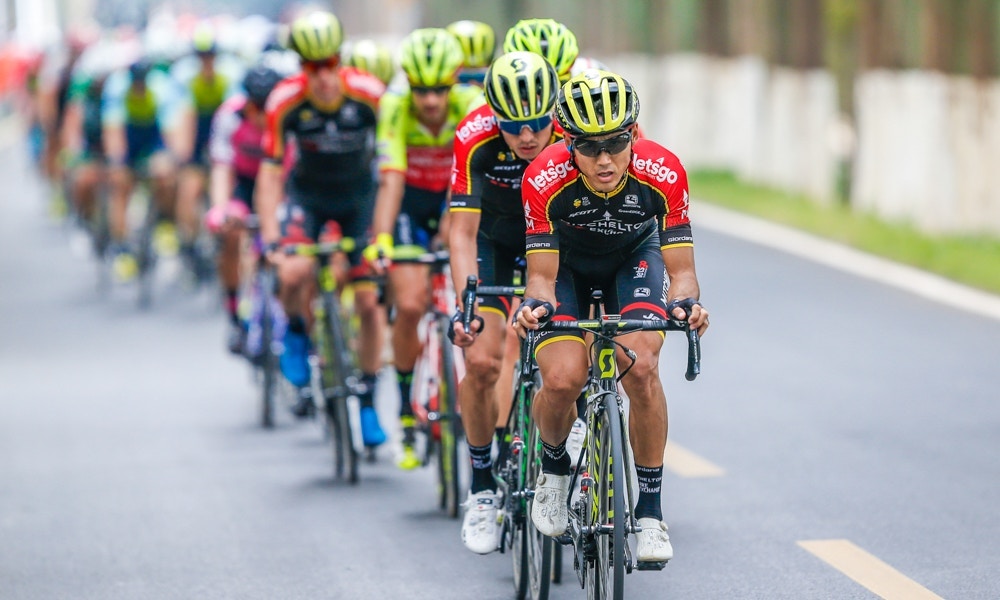 Set-up as a development team for the WorldTour team Mitchelton–Scott, Mitchelton–BikeExchange has enjoyed a fruitful season in 2018. The talented young squad has racked up an impressive series of results throughout the year.

It seems like only yesterday we were celebrating the announcement that BikeExchange would be joining the team as co-naming sponsor. So join us now as the sun begins to set on the 2018 UCI Continental cycling season as we celebrate what has been the team’s most successful season of rider development to date. 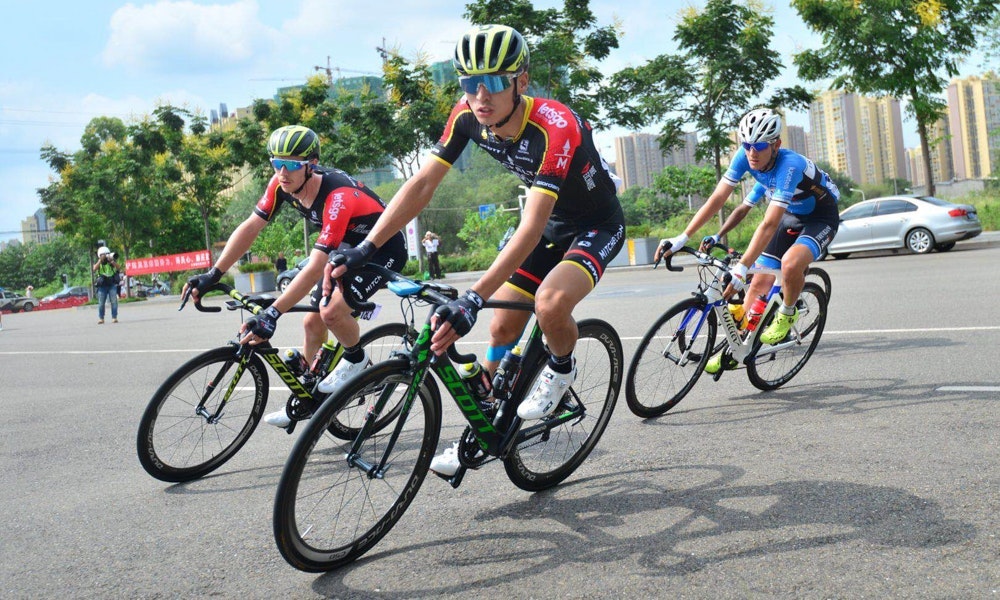 The team kicked off the year on a high with talented youngsters Callum Scotson and Sam Jenner finishing 1-2 in the Under 23 ITT at the Australian National Championships in January. Young gun Robert Stannard kicked off his impressive season in a similar fashion, taking out the Youth Classification at the New Zealand Cycle Classic in late January.

The team then sought out success in the Northern Hemisphere, racing against fancied WorldTour and Pro Continental competition at the Dubai Tour. The team made waves with a record number of top ten finishes, including a top ten in the youth category for Sam Jenner and Nazaerbieke Bieken.

Robert Stannard continued to enjoy a host of victories and strong results during the teams European swing including winning the Giro del Belvedere, a stage in the Tour de Bretagne, the ITT at the Giro Ciclistico d’Italia and an overall victory at the Gran Premio Sportivi di Poggiana. In addition to these victories, he also scored a podium at the Giro Ciclistico d’Italia, as well as the Ronde van Vlaanderen Beloften and Trofeo Piva one day races.

Other notable strong results from the team include a stage victory at the Tour of Qinghai Lake to Kaden Groves, 4th in the ITT at the Commonwealth Games and a top five result from Callum Scotson at the Paris-Roubaix Espoirs race. There were a host of top ten results for British fast man Jacob Hennessy, Aussies Harry Sweeny and rising star Sam Jenner, as well as a strong showing from Chinese riders, Yikui Niu, Zhi Hui Jiang and Nazaerbieke Bieken to round out a successful season.

Moving Up to the Big Dance 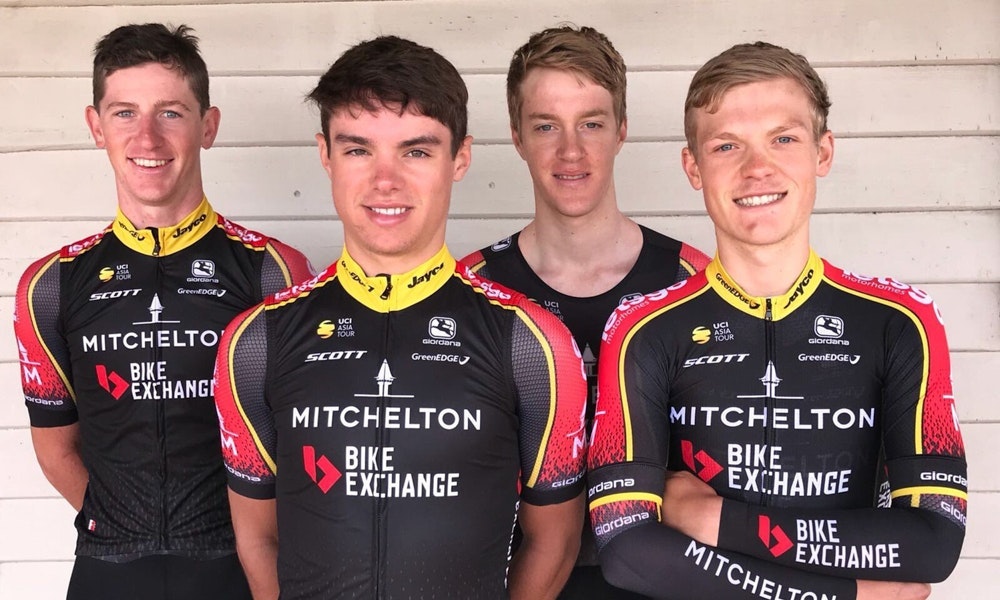 Callum Scotson and Robert Stannard have both been rewarded for their strong results over the last two years, with the talented young Australians scoring an elevation to the Mitchelton-Scott WorldTour team for the 2019 season and beyond.

In serving its role as a development squad, a number of the riders on the team saw competition against some of the world’s best riders in 2018. This includes competing at the Tour of Dubai as detailed above, stagiaire roles with Mitchelton-Scott for Chinese rider Sun Xiaolong at the Colorado Classic, whilst Colombian Bryan Chaves (yes, the brother of that Chaves) featured in the same role for the Tour of Utah. 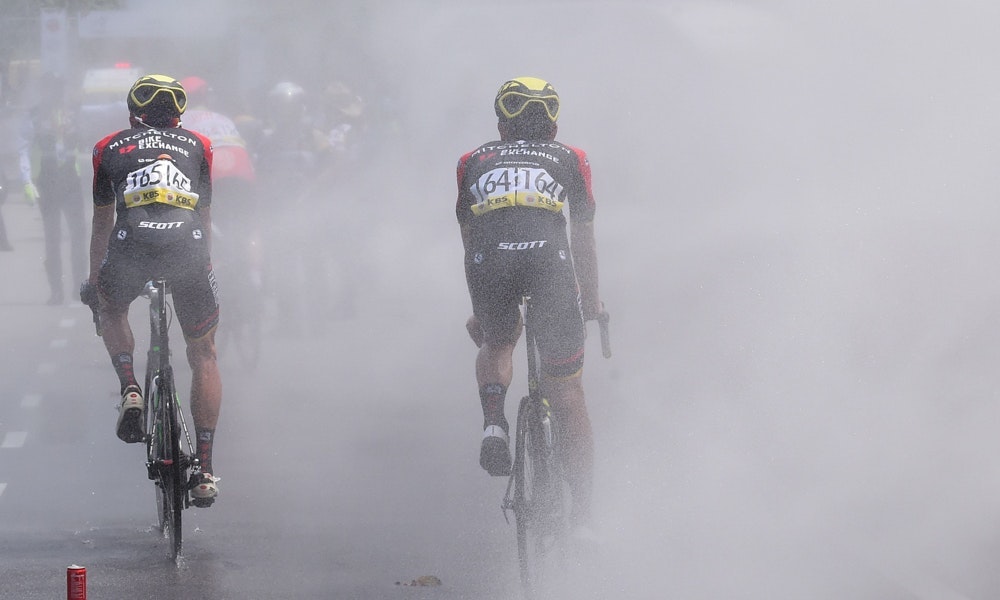 Given the amount of talent in the squad, the remainder of 2018 and the following year look set to be just as bright and exciting for the Chinese-registered squad. Whilst the 2019 squad is yet to be finalized and the race scheduled is still being planned, we look forward to supporting the squad as they continue to develop, grow and succeed in 2019.