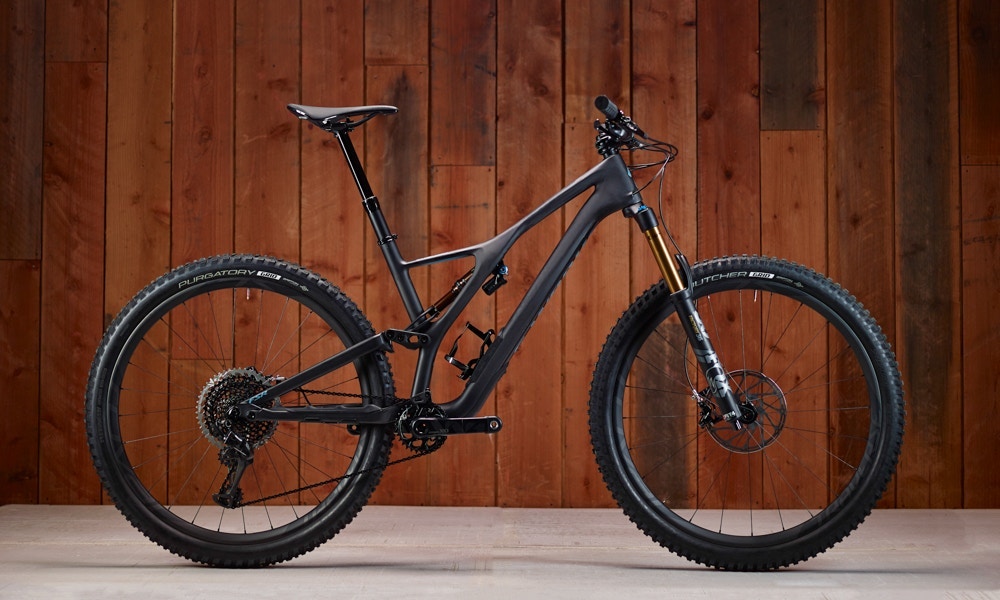 Keeping with the iconic Stumpjumper moniker, Specialized have released a new range of do-it-all trail bikes. With a press release that opens by stating “We’ve said goodbye to proprietary bulls**t,” Specialized have boldly taken aim at previous generations of the bike and many of its competitors, too. They’ve also unashamedly claimed to have created the world’s best trail bike.

With multiple wheel sizes and three different versions available, the new Stumpjumper looks set to become the do-it-all trail bike you want in your fleet. Here are ten things to know about the 2019 Specialized Stumpjumper. 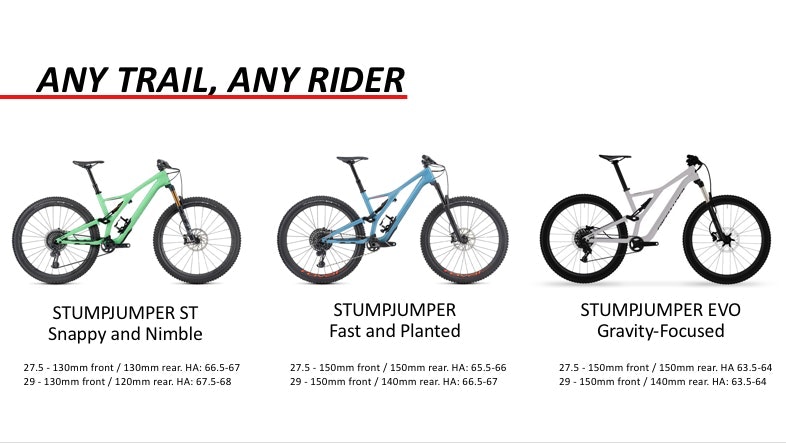 Goodbye Camber, the sizeable Stumpjumper range is taking over! Specialized are bringing back multiple versions of the Stumpjumper. The Stumpjumper ST (short travel) version is set to replace the company’s Camber model. The standard Stumpjumper is the do-it-all trail bike, likely to be the most popular. While the slacker and harder-hitting Stumpjumper EVO is back for the gravity-loving trail crowd.

Each version is available in a choice of both 27.5 and 29in wheels, with the larger-wheeled versions offering 10mm less suspension travel at the rear.

It’s the way mountain bikes are trending, and certainly slacker (head angle), lower (bottom bracket) and longer (reach) are all common sights in new bikes. In this sense, the new Stumpjumpers are no different, and each version sees the head tube angle rake out and the reach extend, with the latter allowing comfortable use of a shorter stem. 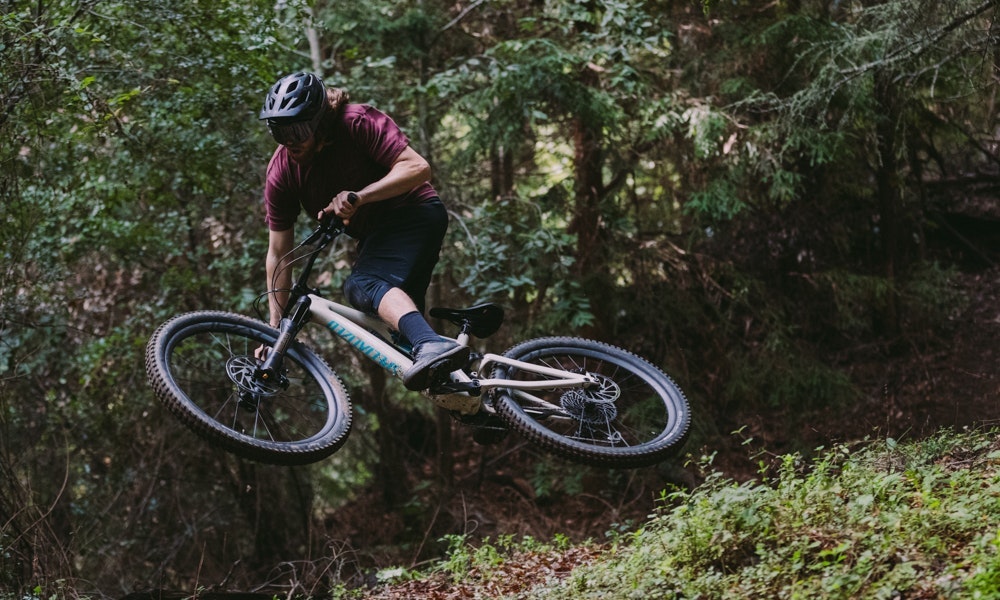 In creating the new Stumpjumper, Specialized claim to have developed their own mountain bike-specific stiffness testing. The American company openly admits the previous Stumpjumper lacked in the stiffness department, causing handling issues where a rider’s feet and hands were not kept in the same plane in rough terrain.

Much like its “Rider-First Engineering” in its Tarmac SL6 bikes, Specialized claim the new Stumpjumper provides a vastly different experience through fine-tuned frame stiffness and handling, regardless of frame size. 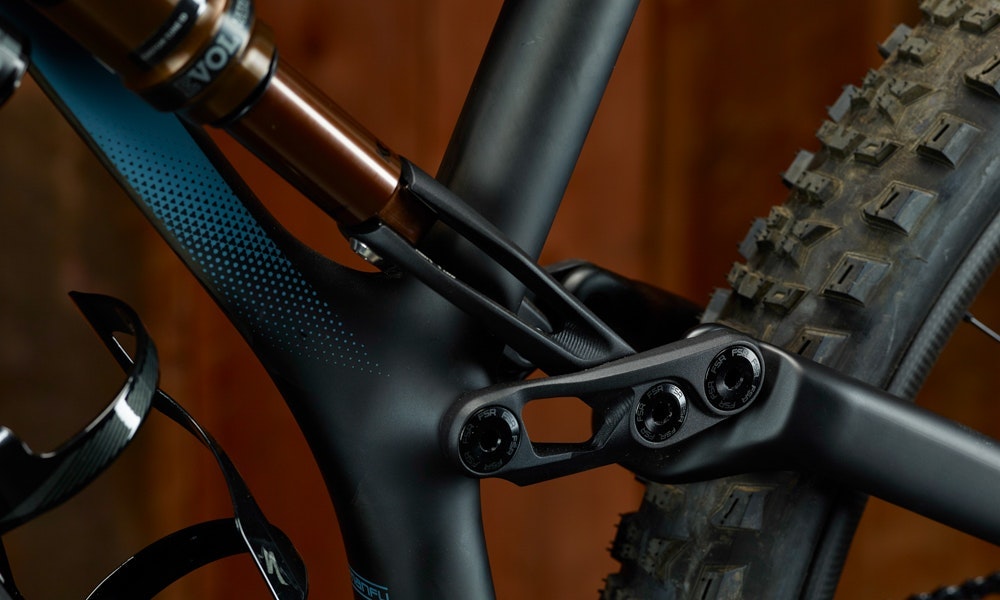 Grabbing a few design cues from its race-winning Demo downhill bikes, the new Stumpjumper features an asymmetrical frame design that sees the rear swing-arm and shock more rigidly connected to the mainframe. As a result, the stiffer frame also allows the rear suspension to better do its thing without interference.

Specialized claim that such a design modification is a more efficient use of material, also allowing the weight to be dropped. 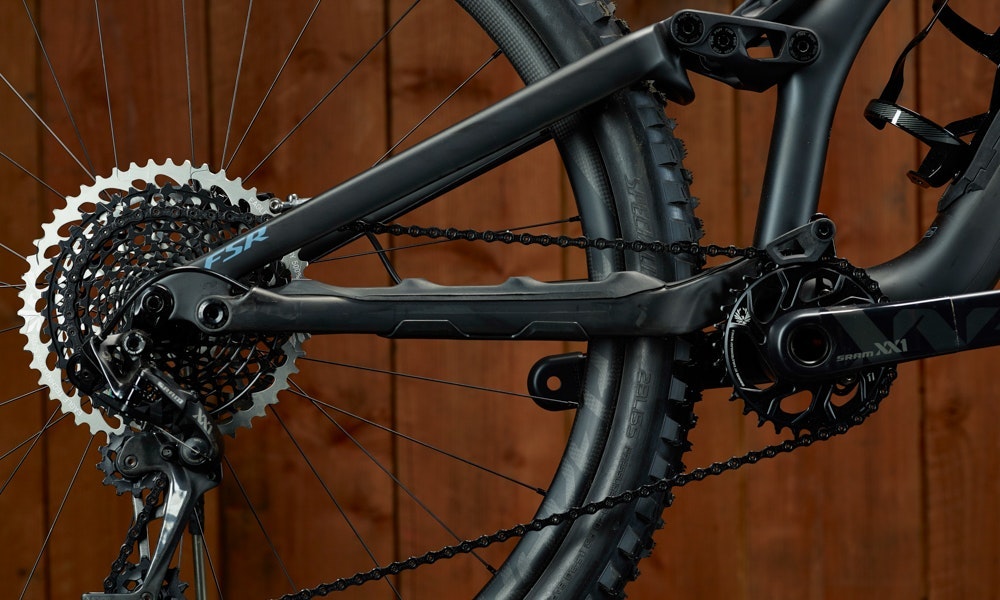 Unlike the new Specialized Epic, the Stumpjumper sticks with Specialized’s tried-and-trued FSR frame linkage design, a design that’s been in use for two decades.

Specialized claim to have further refined the angles and geometry (kinematics) of its FSR design, meaning there’s less reliance on the rear shock damper. In what every great dual suspension frame claims to do, the new Stumpjumper boasts to being “supple for the small bumps, with a firm mid-stroke and exceptional bottom-out support”. 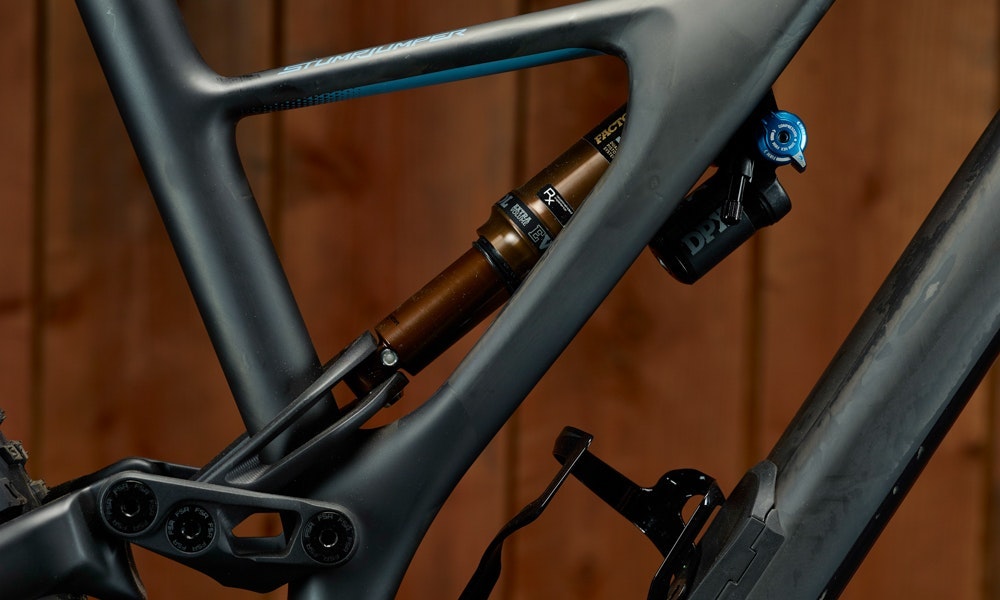 Not so new for Specialized, every fork and shock fitted to the entire Stumpjumper range gets Specialized’s “RX Tune” suspension. In this, air volumes, rebound and compression are all adjusted to best match the frame’s kinematic design. Specialized claim they aim to have these sit at the middle of the spectrum, meaning users can fiddle with air pressures, rebound dials, and compression dials (where applicable) in either direction to best suit them.

Amazingly, Specialized claim the new Stumpjumper frames, in either 27.5 or 29er wheel size versions, can fit 3.0in wide tires. Certainly, a feat that few fork manufacturers can claim at present!

Additionally, wanting to keep future compatibility open, Specialized have ditched their proprietary shocks and gone to the new standard of metric shocks, in a commonly available size.

If you could look inside, you would see smooth tubes that are wide open, for cables that is. Specialized claim internal cable routing is now a synch, and if you push a cable through, it’ll come out the other side without fuss.

And further music to the ears for those sick of frame creaks, Specialized have ditched the press fit bottom bracket setup and gone back to threads. If you listen closely, you can hear bike mechanics across the country high-fiving each other. 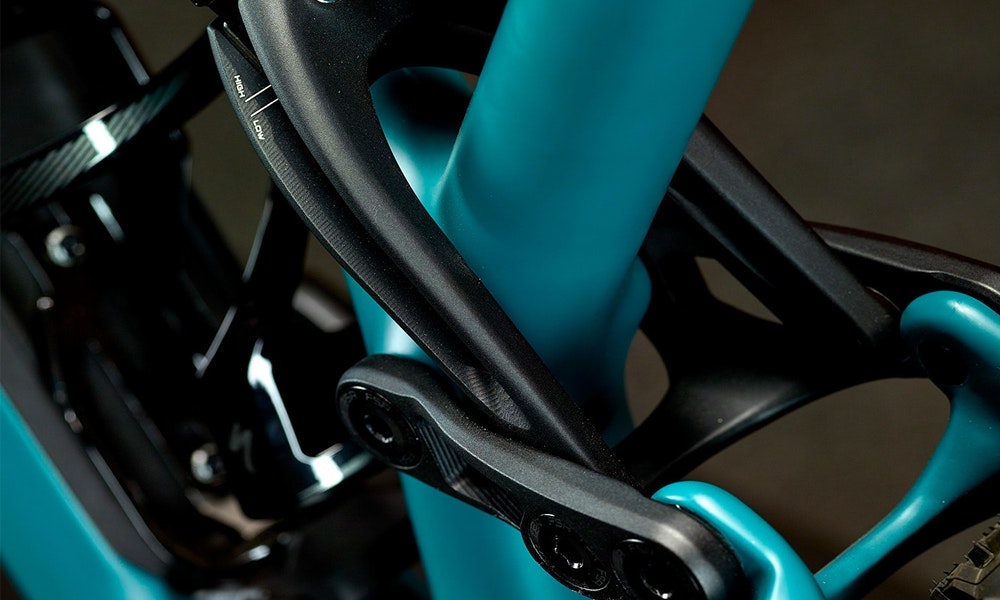 Borrowing a trick from some direct competing brands, the new Stumpjumper now offers the option of either a “High” or “Low” geometry setting. This is achieved with the flip chip in the swing-arm, which when flipped, effectively changes the bottom bracket height by 6mm and the head tube angle by half-a-degree.

In its low position, the head angles are on average half a degree slacker than previous iterations. 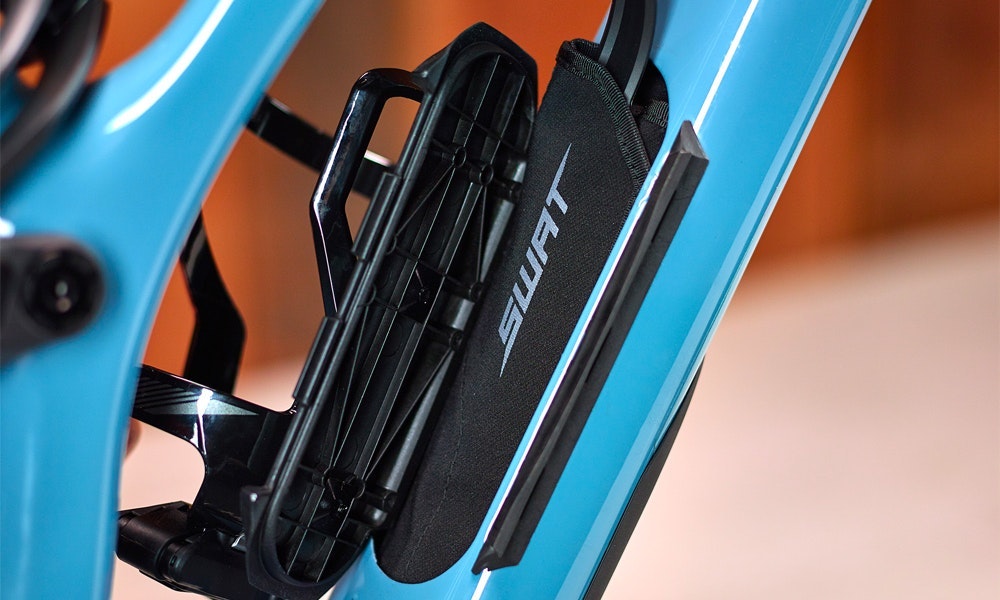 The SWAT box integrated into the Stumpjumper’s downtube remains, although it’s now lighter, better looking and with 20% more capacity. Such a feature is exclusive to Specialized, and being able to hide your spare tube, multi-tool and a snack low down in your frame is certainly cooler than strapping it to your saddle or throwing it in a backpack.

As the new Stumpjumper range has grown to encompass what was the Camber range of short travel trail bikes, the product line-up is vast and available right now at Specialized.com. Check with your bike store for local availability. Pricing is as follows;

New to the singletrack world and don’t know where to start? Our Ultimate Mountain Bike Buyers Guide has all you need to get you up to speed.

After testing the waters with the Domane gravel in 2017, Trek have launched into the Gravel movement with the release of its Checkpoint gravel bike...

Like clockwork, Shimano releases a new Ultegra groupset 12 months after new Dura-Ace R9100 with plenty of trickle down technology to get excited about...