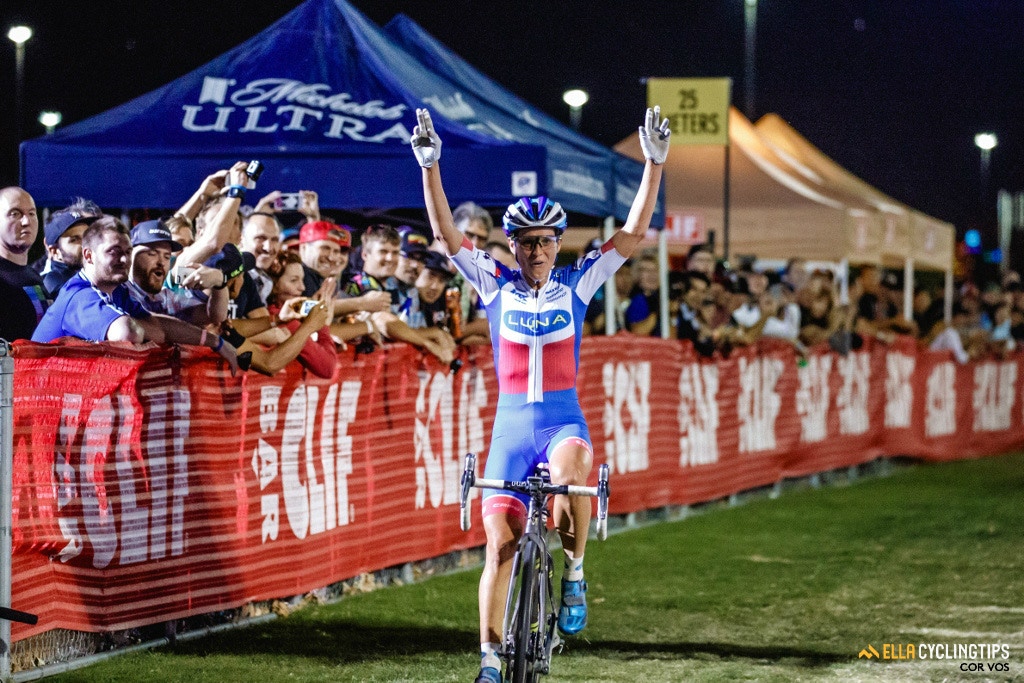 Outdoor bike racing continues at the Rio Olympics this weekend as the mountain bikers are slated to take on the purpose-built track in northwest Rio –as long as the fire and its damage are contained.

Cross-country mountain bike racing made its Olympic debut in Atlanta 1996 and has been a part of the Olympics ever since. And while the mountain biking discipline has a pro circuit, World Cup series and world championships of its own, it’s not uncommon to see road cyclists cross over into mountain biking (and cyclocross –not yet an Olympic sport).

Many mountain and road cycling fans alike, for example, are eagerly looking forward to seeing world road champion Peter Sagan return to his off-road roots in the men’s cross-country race. Likewise, there are several mutli-disciplines on the women’s cross country startlist, too.

MULTI-DISCIPLINE RIDERS TO WATCH FOR The queen of multi-discipline racing, Pauline Ferrand-Prevot made history during the 2014-15 season when she, at just 23 years of age at the time, became the first person ever in the history of cycling to simultaneously hold the world championship title in road racing, cyclocross and mountain biking. In fact, she had two world titles in mountain biking that season, in the cross-country and mixed relay disciplines, making her a four-time world champion in one calendar year.

Ferrand-Prevot already competed in the Olympic road race on the August 7th, in which she finished in a disappointing 26th place, but now hopes to do better in the cross-country race.

This hasn’t been her season, however, having crashed out of several World Cup events and finishing 16th in the cross-country world championships in July. She did, however, defend the mixed relay world title together with her three male teammates as well as her national title in the women’s cross-country. She may not be going into Saturday’s race as a favorite, but she’s never one to be underestimated either. Finishing in eighth place, Jolanda Neff had an impressive run in the Olympic road race, and has been showing excellent form on the road and in the dirt all season. She doesn’t make too many road race appearances, but when she does, she impresses. Earlier this year the 23-year-old won two stages and the overall at the Tour of Poland and scored Top 10 finishes at two women’s WorldTour events, including third at Trofeo Binda.

In the dirt, Neff won the overall World Cup titles in 2014 and 2015 , and has had an impressive season thus far with wins at the UCI Mountain Bike Marathon World Championships, a UCI World Cup round, several Swiss Cup events and the national Swiss championships.

She will be going into this race with a lot of confidence and as a race favorite. She may not be a roadie, but Katarina Nash is a multi-discipline Olympian. A competitive cross-country skier in her former life, Nash competed in two winter Olympics, barely missing out on a medal in 1998 when she finished 4th in the 4 x km relay. She hung up her skies following the 2002 winter Olympic in Salt Lake City, and signed with the Luna mountain bike team that same year.

Nash competed in her first summer Olympic in London in 2012, where she finishing in 14th place in the women’s cross-country mountain bike event.

Her mountain bike season this year saw her podium at several pro events in the US, including a win at the prestigious Sea Otter Classic, as well as finish in the Top 10 at 5 UCI World Cup events. At the UCI MTB World Championships, she and her relay team took silver, and in the women’s cross-country race, Nash finished 7th. A former competitive equestrian, Lechner competes in cyclocross, mountain biking and even the occasional road race, and has at least one national title in all three disciplines. She is also a former U23 European cross-country mountain bike champion, and has a rainbow jersey on her palmares for having won the 2012 world mixed team relay championship event.

The Rio Olympics are Lechner’s third Games, having previously competed in the cross-country mountain bike events at the 2012 London Olympics (17th) and 2008 Beijing Olympics (16th). The aforementioned Jolanda Neff and Denmark’s Annika Langvad will be going into Saturday’s race as the clear gold medal favorites. Neff we highlighted above and Langvad, is a three-time world champion who currently leads the UCI World Cup rankings. She kicked off the season by winning several stages and the overall at the brutal Absa Cape Epic in Africa before continuing on to win the first two rounds of the UCI World Cup. An injury kept her from competing in the 2012 London Olympics so she’ll be extra grateful and motivated to line up on Saturday. Langvad was active on the road –individual time trials mostly –until 2013. She’s a two-time Danish national ITT champion and finished 6th in the ITT world championships in 2013.

Other podium favorites include the aforementioned Nash and Ferrand-Prevot as well as Canada’s Catharine Pendrel and Emily Batty. Pendrel is a two-time World and six-time Canadian national cross-country mountain bike champion. She has various World Cup, Pan American and Commonwealth Games wins on her palmares. A veteran of the Canadian national team, Rio is Pendrel’s third time at the Olympic Games.