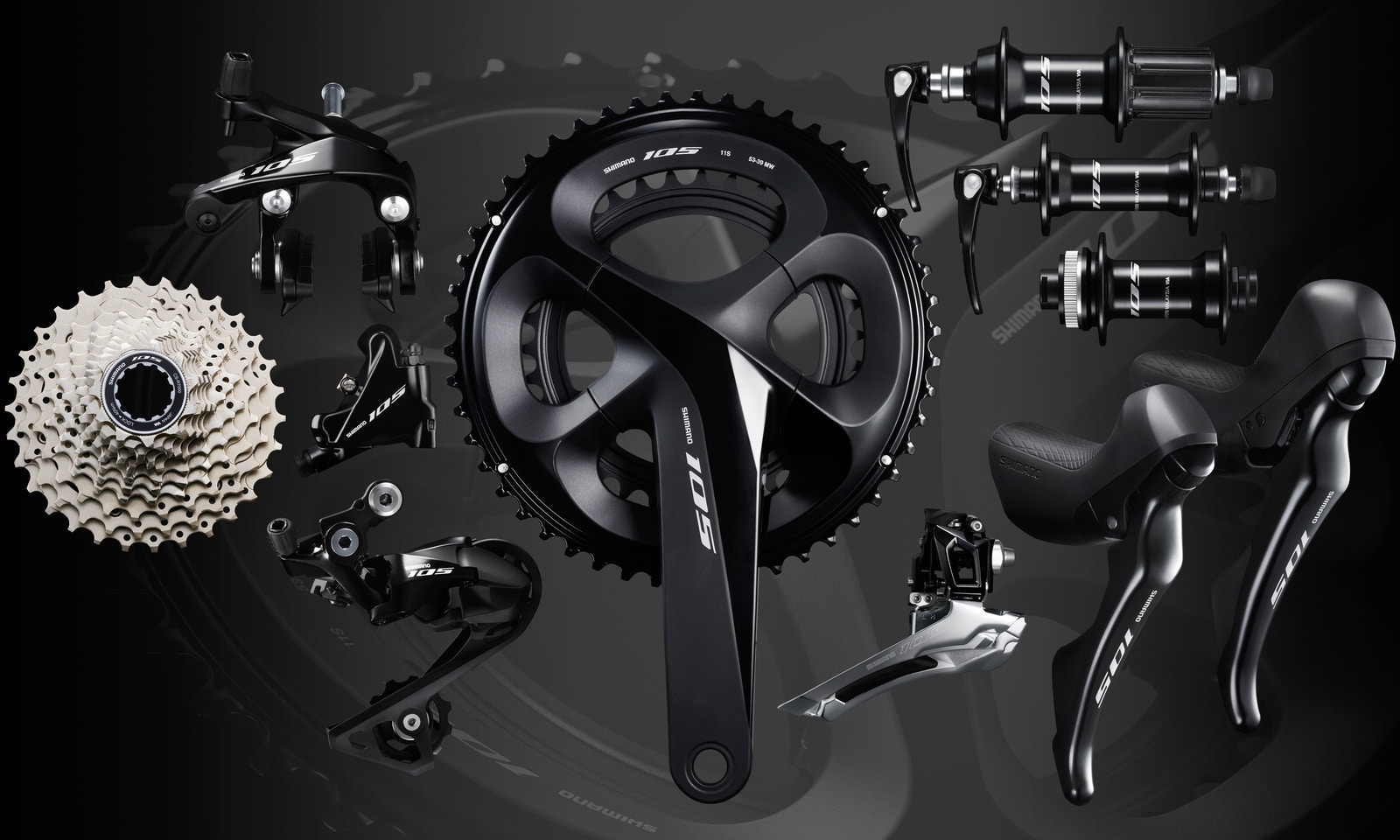 Just twelve short months after the release of the Ultegra R8000 groupset, industry leaders Shimano are back at it again, giving its workhorse 105 groupset an update for 2018. In addition to an updated groupset, Shimano also used the release to add an adventure and cyclocross ready derailleur to its lineup dubbed Ultegra RX.

Featuring a generous heaping of trickle down tech and refinements made across the board, here are ten things to know about the all new Shimano 105 R7000 series groupset and Ultegra RX800 series rear derailleur 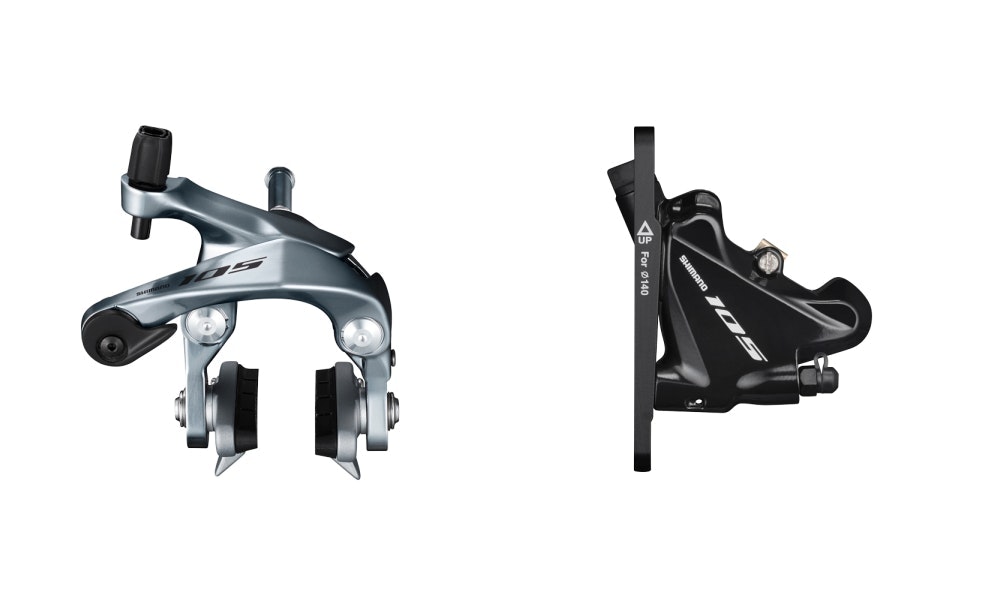 Following updates from its superiors in Dura Ace 9100 and Ultegra R8000, it comes as little surprise that 105 was next in line to score a host of refinements and trickle down tech.

The rim brake R7000 group looks set to take a step closer in performance and aesthetics to its more upmarket stablemates.

Meanwhile, Shimano has given 105 its own in-series flat-mount hydraulic disc calipers to complete a full disc-specific groupset. Working in addition to the new calipers is an all-new 140mm centrelock rotor that is the newest member of the RT70 disc rotor family. 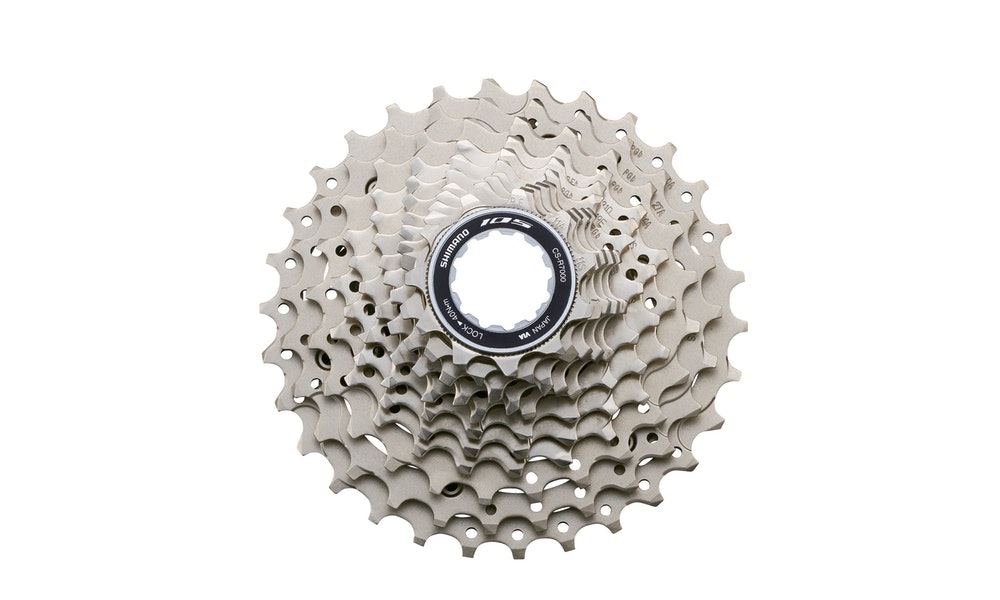 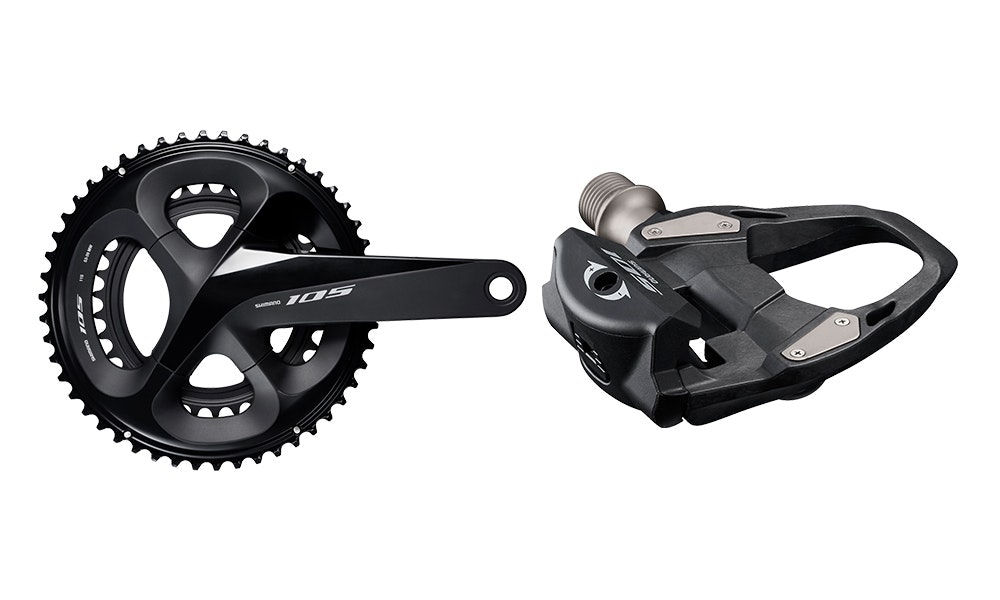 Shimano have also unveiled an all-new in-series crankset that has a narrower, asymmetrical profile. The new crankset adopts the current Hollowtech II crank design found on both Dura Ace and Ultegra level groupsets and is available in three chainring options: 50/34t, 52/36t and 53/39t.

Shimano has also refined the in-series pedals that accompany the group. Featuring a carbon fiber body, a lower stack height, and a redesigned stainless steel reinforcement, the PD-R7000 pedals also save 20 grams over their predecessors. 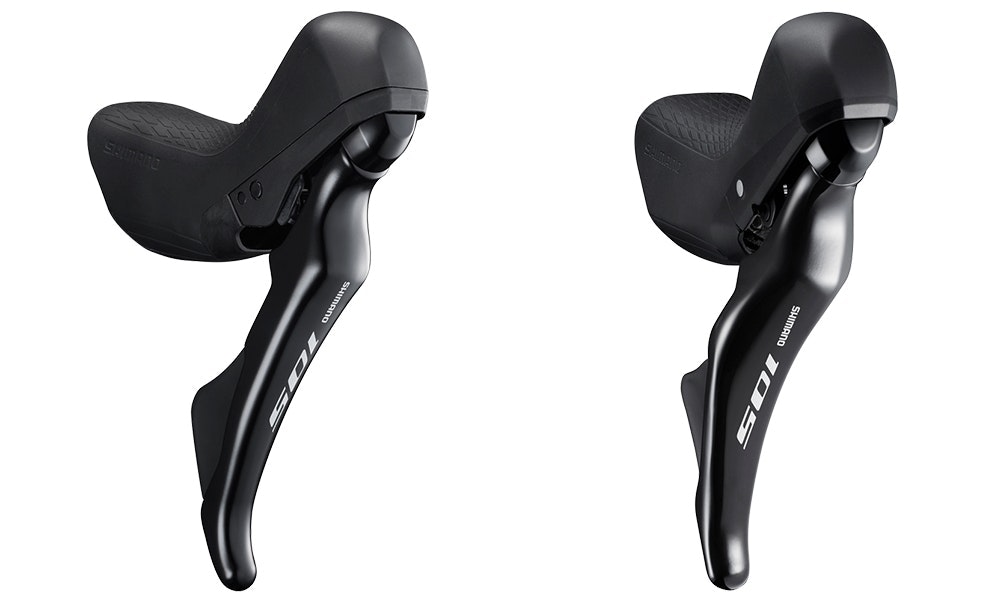 As touched on previously, there are now in-series hydraulic disc brake levers/shifters added for the first time, which replace the RS-505 shifters used on previous disc equipped 105 level bikes.

There are two versions of the hydraulic hoods available, with the R7020 being the standard version and an R7025 option which is optimized for those with smaller hands. The latter is a big development for Shimano, with the shifters likely to offer best-in-class lever reach and increased angle to prevent the brake lever from bottoming on the handlebar. 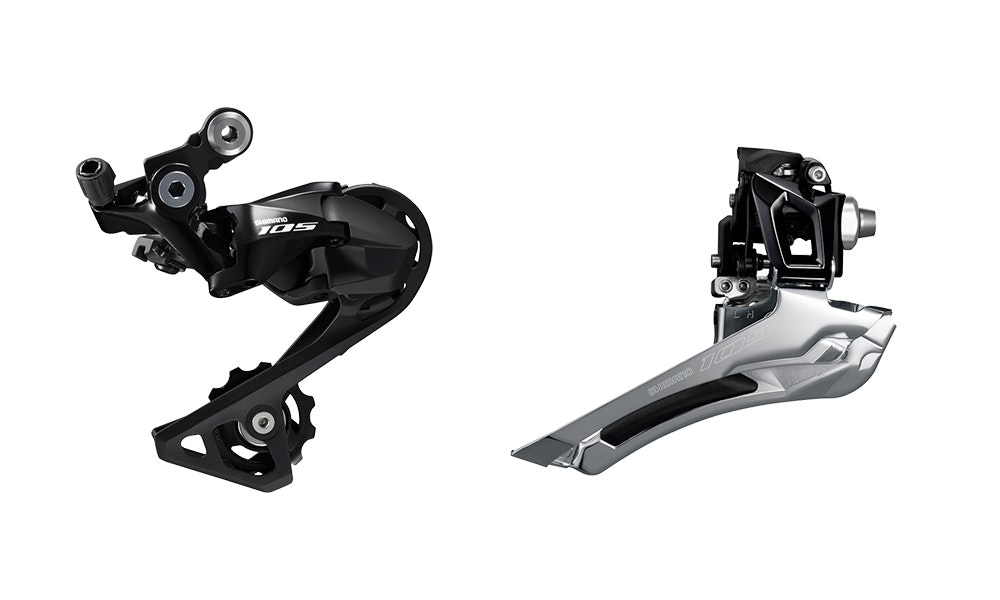 The new R7000 group features redesigned front and rear derailleurs. Up front, the arm for the cable clamp has been merged with the linkage and cable tension has been integrated into the derailleur itself. The updated front derailleur offers a more compact size for improved tire clearance on gravel, cyclocross, and similar wide-rubber rides.

Out back, the R7000 series rear derailleur moves to the Shadow RD low-profile design as found on its big brothers. This design is said to increase shift stability, reduce the risk of damage in a crash all whilst providing a classy aesthetic. The RD-R7000 is available in both short cage (for 11-25t to 11-30t cassettes) and long cage capacity (designed for 11-30t to 11-34t cassettes). 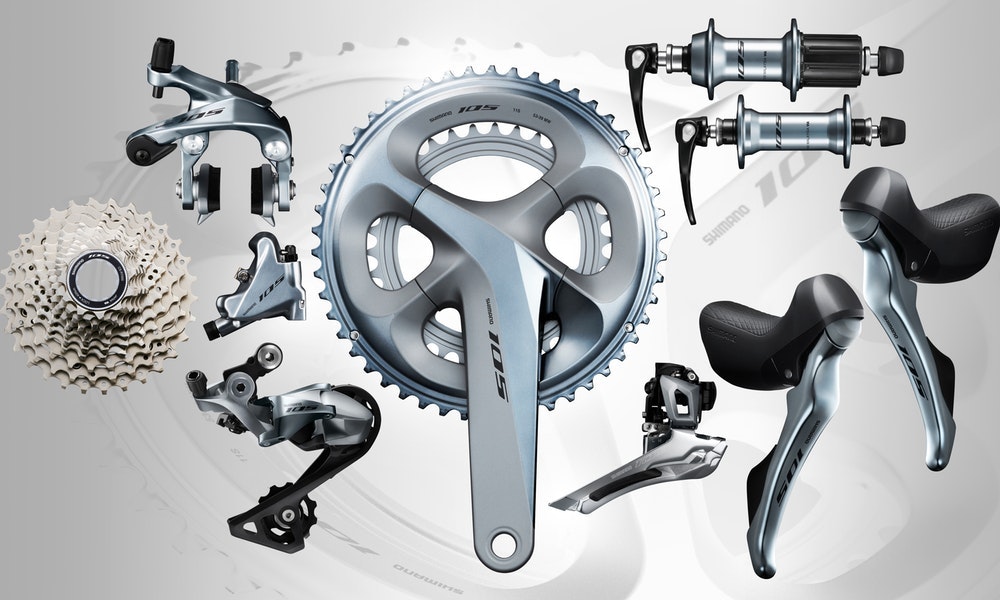 Once a trademark when the 5800 group was released back in 2015, an iconic shadowed silver colorway remains in addition to the traditional black colorway found on the majority of 105 groups. This new silver color features on the brakes, shifters, cranksets, hubs, and derailleurs, it should be a looker in person! 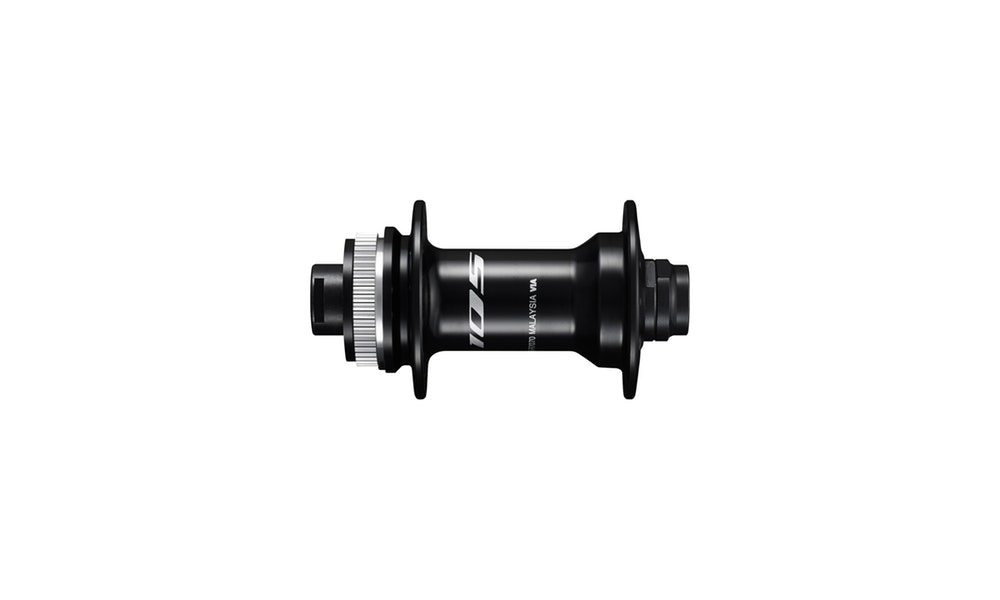 The last major addition to the 105 lineup is the inclusion of a thru-axle hub set. The R7070 hubs feature common axle standards, accommodating a 12mm thru- axles and an 11-speed freehub body. Spoke count sits at 32 or 36-hole drilling options, making these hubs a great option for those looking to build a tough set of training or commuting wheels. 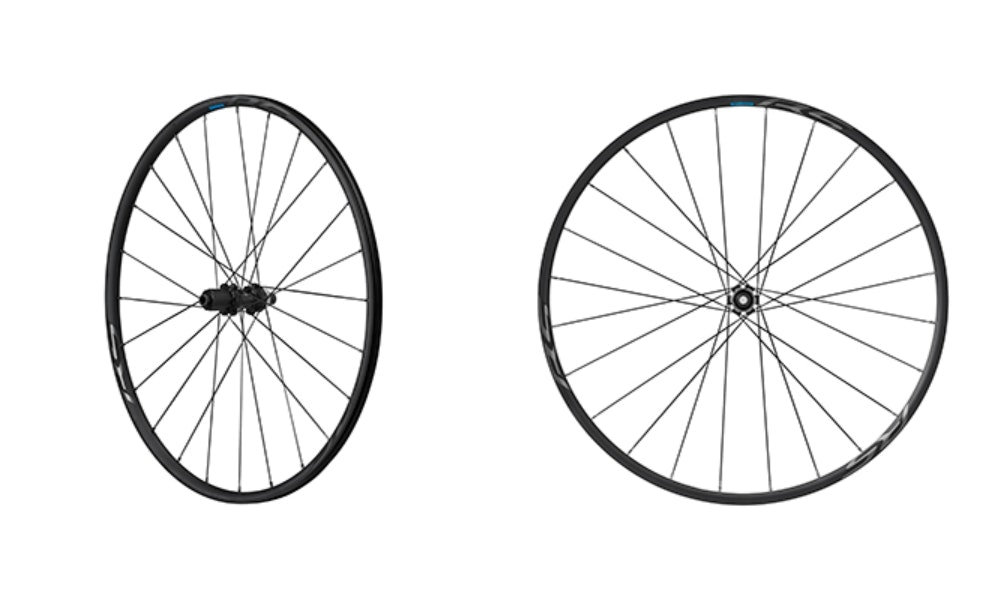 As has been the case with Ultegra and Dura Ace, Shimano have also unveiled a 105-level tubeless aluminium clincher wheelset that is designed to fall between the entry-level RS170 and carbon laminate RS770 model wheelsets. The RS370 features the all-new 105 R7070 hubs, has front and rear 12mm thru-axle compatibility and is claimed to weigh in at 1,980g. 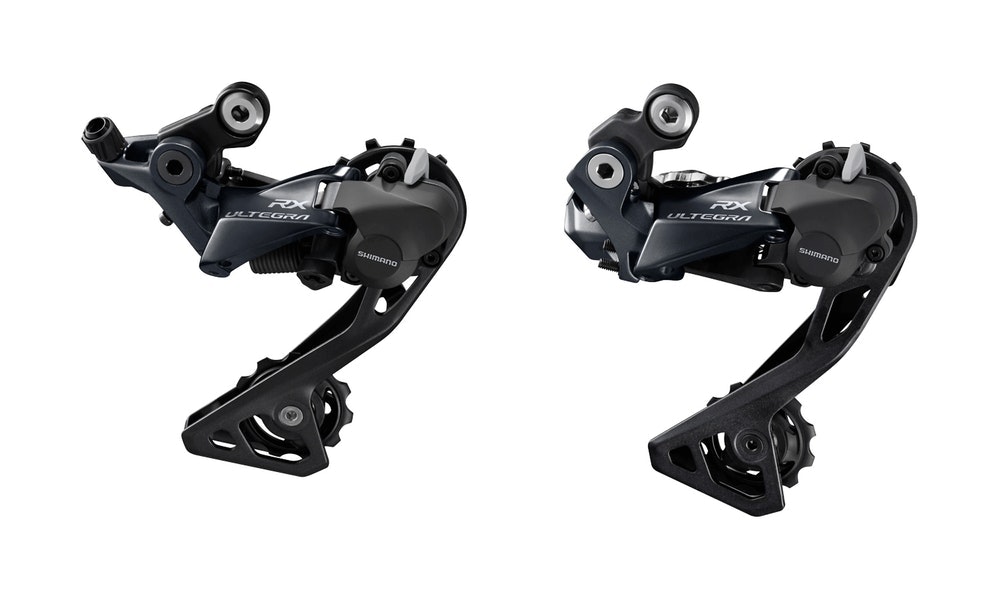 The new design features a clutch mechanism, similar to that found on mountain bike groupsets. The key advantage of a clutch mechanism is that it reduces excessive movement, noise and chain slap when riding over rough and uneven ground.

The RX800 and RX805 derailleurs are compatible with mechanical and Di2 Shimano shifters respectively. The new derailleurs, available in long cage only, will accommodate cassettes with low gears ranging from 28t-34t.

At the time of publishing, pricing for both R7000 series and RX800 series derailleurs is yet to be announced. However, consumers can expect the new groupsets and components to be available from mid-June 2018 onwards. 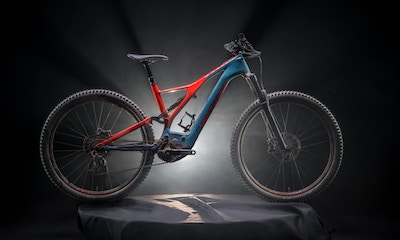 Like clockwork, Shimano releases a new Ultegra groupset 12 months after new Dura-Ace R9100 with plenty of trickle down technology to get excited about...