The (Dis)Advantages Of Single-Speed Mountain Bikes 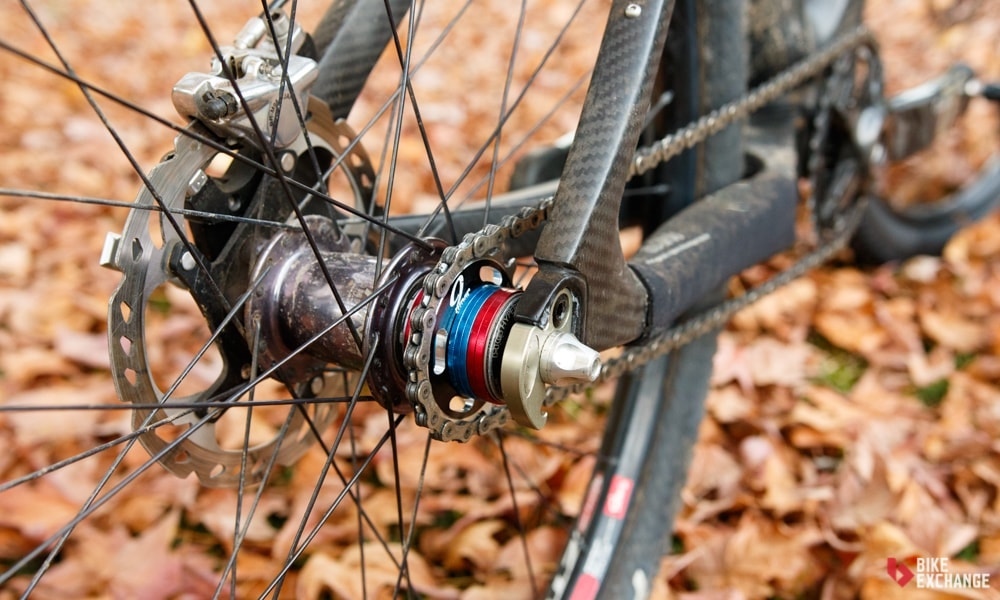 In a world where huge gear ranges are available that let you pedal up and down hills at ease or great speed, it may seem strange to think that there are a whole load of people out there who choose to ride with just one gear.

Welcome to the world of single-speeds. By this we don’t mean the hipsters you see zipping about town on their fixies. While fixies also have a single gear, the gear is on a fixed hub with no freewheel, whereas a true single-speed will let you coast without having to pedal.

So why would anyone want to give up their gears in the first place? Below you can find an explanation of why single-speeds appeal and the benefits gained from using one, especially if you're looking to add a different perspective to your local mountain bike trails. Think you have strong legs? Until you can comfortably pedal to the top of the biggest, steepest climb in your area on a single-speed, you cannot truly claim to have thighs of steel.

Singe-speeds add a new challenge to your local climbs. The steeper it gets, the harder it gets and the options you have are to mash the pedals as hard as you can or admit defeat, get off and push.

With time, forcing yourself to push hard up the hills will make you a stronger rider, making hill climbs easier when you go back to your regular geared bike.

When you are not going uphill, you are most likely spinning fast, wishing you could shift up a gear. This fast spinning trains a smooth cadence and builds an efficient pedal stroke over time.

Hit loose climbs and you'll be forced to keep a smooth consistent pedal stroke so as not to break traction at the rear tire. Take this technique back to your geared bike and you'll be amazed at what climbs you can conquer.

In addition to teaching you to spin more efficiently, the bike itself is more efficient too with a direct chainline and no derailleur pulley wheels to soak up your precious watts. One pedal stroke on a single-speed and you'll immediately feel that direct attachment to the rear wheel.

If you slow down, you will have to pedal hard to speed up again. When acceleration requires extra effort, you learn to keep your momentum as much as possible.

Single speed mountain bikes encourage you to carry greater speed through corners or over obstacles. As a result, your riding will become smoother and more efficient.

If the conditions are right, a single-speed can be a very fast machine. On a rolling landscape with short climbs a single-speed rider can find themselves in a state of being constantly in a slightly too high gear. Consequently, you'll be pushing hard and fast to stay on top of that gear.

On flowing single trail, a single-speed mountain biker will be hard to catch. You may fatigue early at first, but in the long run, you will end up far fitter.

A single-speed does not have a cassette, derailleurs, cables or shifters, and as a result, will weigh less than a bike with gears. A lighter bike may seem useless if you will end up spinning out anyway but it will accelerate faster out of corners.

And perhaps the biggest benefit, it's just simple. With no gears to index or cable tension to adjust, all you have to worry about is pedaling and braking. If you want to speed up, pedal faster.

And with such simplicity, it's cheaper too. Fewer parts are needed at first to set up the bike, and once riding, it's extremely reliable. Riding a single-speed, especially in winter, means that you do not have any gears to clean, no derailleurs to break and there are far fewer expensive parts getting ground away by grit.

Ok, so this can be achieved on any bike, but there's little better than beating your mates to the top of the climb without any additional gears. If you're the type to gloat about your fitness, this is very much your moment to shine. Mashing the pedals uphill in too high a gear will cause aching muscles and open you up to the possibility of some knee pain. There's nothing wrong with a few muscle aches, but knee pain may be a sign that you're biting off a little too much early on or that you're in need of a bike fit.

Hit the road or smoother trails and you may spin out with not being able to go any faster. This is the obvious weak point of single-speed bikes and you'll learn to be an efficient peddler to help overcome this negative. Until you become faster though, you may annoy your mates as you hold them up on the fast and smooth sections, and then smoke past them on the hills.

Until you develop those improved skills, you may find the lack of an easier gear a hindrance on more technical trails. This is most notable on slow and technical climbs where low gears are almost always favored.

How to Start Riding Single speed

There is a temporary method and a more permanent method to get your bike setup as a single-speed. The quick method is to simply not change gear while riding. You will need ninja-like discipline not to shift gears though! For that reason, and the fact the bike still has all the dangly parts weighing you down, it is better to fully convert your bike or buy a single-speed.

If you're looking to convert an existing derailleur geared bike, then it's worth noting that typically it's best to use a hardtail or other rigid frame. And often starting with a fresh chain, rear cog and chainring is the best to ensure ultimate reliability.

To start the transition, you'll want to get hold of a single-speed conversion kit. These kits often include a rear cog, spacers and a tensioner for the chain.

The install will vary from bike to bike, but the general approach is to start by removing the existing drivetrain. Install the new chainring (often with shorter chainring bolts) and rear cog with the provided spacers – take the time to ensure the rear cog sits in a perfectly straight line to the front chainring. It's then time to size the chain as short as possible. If you are lucky, you will be able to connect the chain with no slack in it (known as 'the magic gear'), but more likely, you'll need to use that chain tensioner to remove the spare slack.

Actual gear selection can be a difficult choice and it may take some trial and error, or at the least, some advice from a fellow local single-speeder. Traditionally the most common gear ratio used on single-speed mountain bikes is 2:1, with a 32T chainring and 16T rear cog being a popular example of that. This ratio is commonly customized for the rider, with desired terrain, fitness, wheel size and even bike type dictating the exact gear used. If you're riding steep terrain with a 29er wheel, you'll want something easier, while flatter terrain may call for a higher gear. And if you're on the road, you'll certainly want to gear up far higher again.

For some riders, a single-speed is a part of training with the increased leg strength and smoother cadence making them faster on regular geared bikes. Other riders appreciate how it makes them think before braking and teaching them to best carry speed on twisting single trail. While most just prefer the joy (including enjoyment of the pain) and simplicity that riding a single-speed brings.

If you choose to ride a single-speed, chances are you will not be faster than your mates on geared bikes, especially on any trail that's technical or steep. However, stick with it for a few months and those same mates riding in your dust may soon be following suit.

This article was written by guest contributor, JT Lyons. With a love for bikes that started with riding his single-speed Huffy in the hills of San Diego as a kid, and an engineering background in automotive and aerospace industries, JT started Moment Bicycles, premium bicycle stores in San Diego, California. 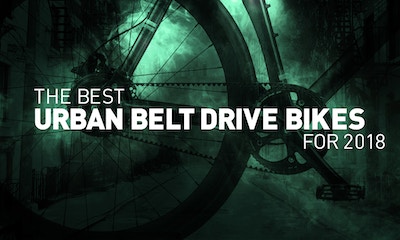 Seeking a set-and-forget city bike? A belt-drive bike won’t disappoint. Discover more about belt drive bikes and some of the best to be had in 2018...

Looking for a new ride to rip around berms or nail some tricks at the local skate park? We have you covered with our Ultimate BMX Buyers Guide...