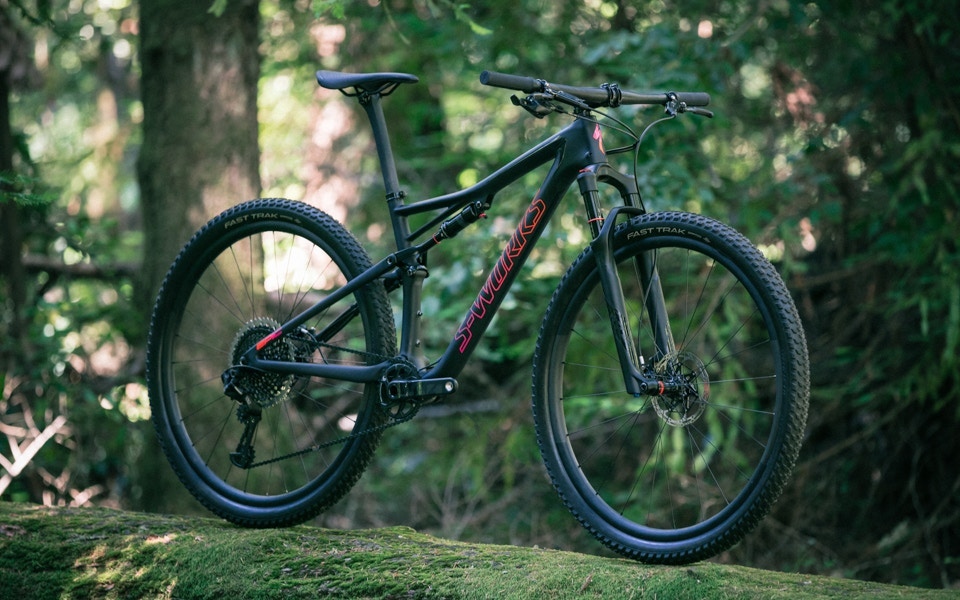 Whether it's at a cross country world cup, marathon race or multi-day stage race, it’s rare not to find a Specialized Epic and it’s owner on the podium. This was the first cross country full suspension platform to be ridden to a World Championship win, and has seen plenty of accolades since. For 2018, the Epic gets lighter, faster and a little smarter too, here are ten things to know about this cross country race weapon.

1. Lessons learned from the Epic Hardtail

The carbon lay-up improvements are perhaps the benefit of having legendary carbon bicycle engineer, Peter Denk, on staff. The Epic Hardtail was Denk’s first bike for Specialized and has no doubt played a helping hand in all carbon models released since. 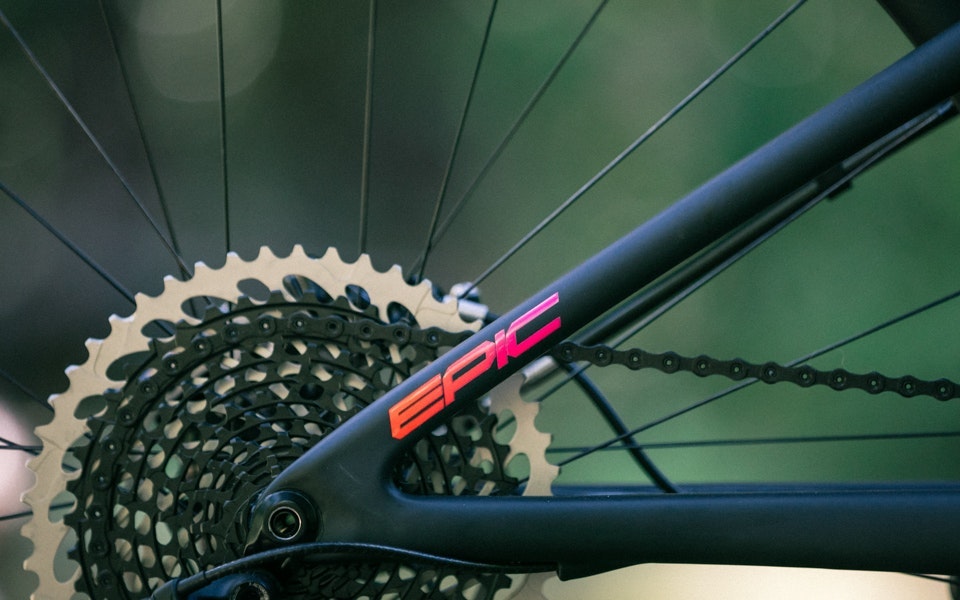 As seen earlier today with the release of the new Tarmac, Specialized’s research of over 40,000 digital fit points through its partnership with Retul has shown that there’s not as much difference in fit between men and women as first thought.

As a result, Specialized is moving away from women’s specific frames and instead will offer one frame design for both genders. That’s not to say women’s-specific bikes are done though, as Specialized will continue to offer Women’s Epics with gender-specific contact points and suspension tunes designed to give a better ride experience straight from the shop floor. 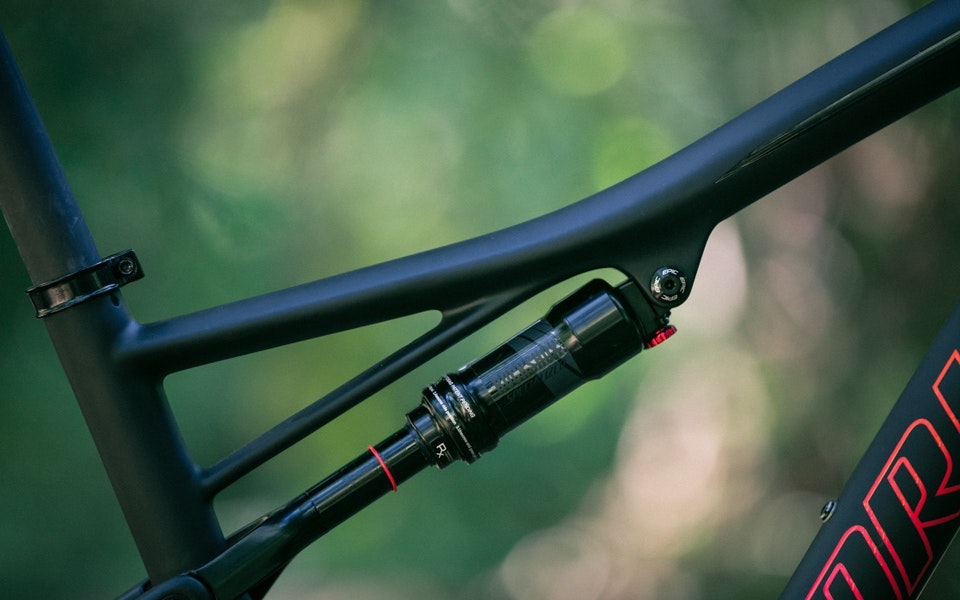 One of the key aspects to the Epic’s success over all these years has been its auto-locking Brain suspension. This suspension remains locked out and firm until an impact from the wheels releases it. It’s a system that’s been well proven for its efficiency until the furious pedaling of cross country and marathon racing.

For 2018, the new Epic gets a ‘Brain 2.0’, made in collaboration with RockShox, it’s designed to be even more reactive and smoother than its predecessor. The new Brain sits closer to the rear axle (actually mounts underneath) for improved bump responsiveness. There’s also an updated oil flow path for more consistent damping performance. 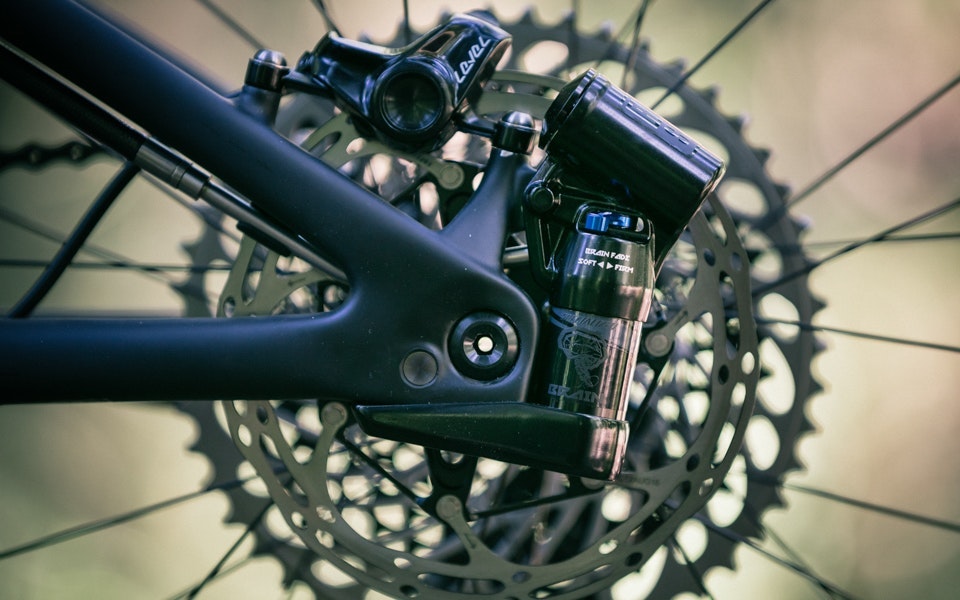 With a new carbon layup and a new mold, the 2018 Epic sees some significant weight removed. Specialized hasn’t published a number for the S-Works frame (using FACT 12m carbon), but claims the Pro, Expert and Comp Carbon frame below (FACT 11m carbon), saves up to 525 grams (size dependent).

Sticking with 29er wheels across all frame sizes, the new Epic features geometry that’s more aggressive than before. All four frame sizes on offer now feature a 69.5 degree head angle, one degree steeper than the previous Epic.

The frame’s stack is now slightly shorter and there’s a longer reach too. The chainstays now 10mm shorter too, down to 438mm across all sizes.

With the head angle slackening out and the reach growing, Specialized has taken a bold step and created its own custom fork offset. Interestingly, this arguably goes in the opposite direction of most 29ers, with less offset being chosen.

As a result, the new Epic features a fork with 42mm offset, something creates a higher trail number (94mm). That’s 10mm more than the previous Epic. On paper, this should give the bike an impressive straight-line stability but may come at the cost of agility. It’s something we’re eager to test out ourselves.

Learn more about fork offset and trail in our complete guide to bicycle geometry (sorry, it can be a dry read!).

Sometimes it’s the small details that are the most impressive. For example, the new Epic goes back to a threaded bottom bracket shell. This ensures easy serviceability and creak-free riding without having to resort to expensive bottom bracket bearing designs.

Likewise, the new Epic makes use of a relatively common 30.9mm seatpost, with the obvious benefit being that it’s ready to accept a dropper seatpost. 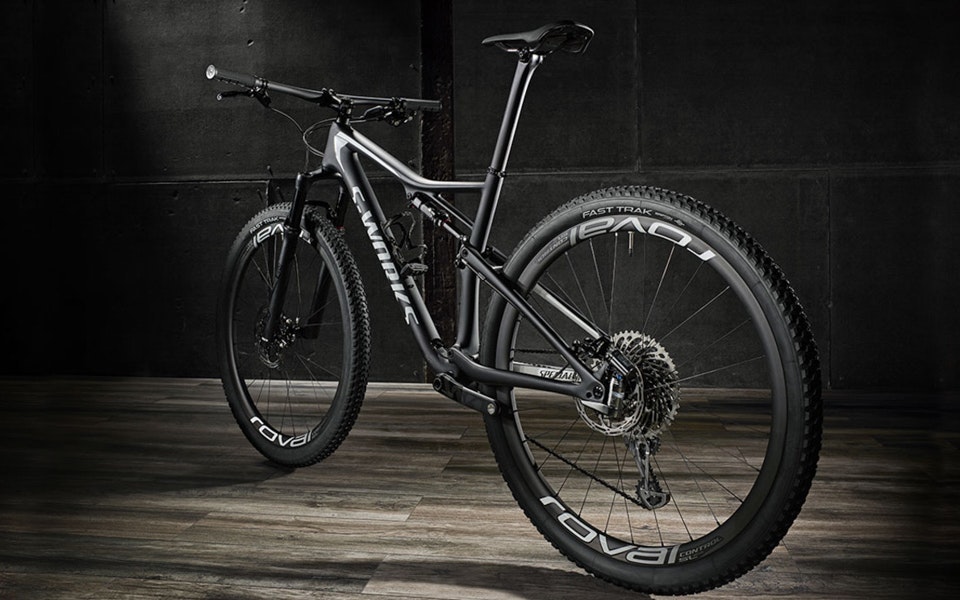 The last iteration of the Epic was one of the first full suspension mountain bikes to allow the easy carrying of two water bottles. The new Epic continues this and is well ready to continue Specialized’s war against hydration packs.

In addition to the S-Works FACT 12m and FACT 11m frames, budget-conscious racers will be pleased to hear that an alloy version of the Epic will be offered too. Made from Specialized’s M5 premium aluminium with D'Aluisio Smartweld technology, the new metal frame benefits from the same improvements in geometry and suspension.

Below is the expected American range and prices. Exact time of arrival for these bikes is yet to be confirmed.

With the new Epic so near, why not find yourself a bargain on a 2017 cross country race bike? The BikeExchange marketplace has a number of amazing deals on previous year Specialized Epic’s from across the country.