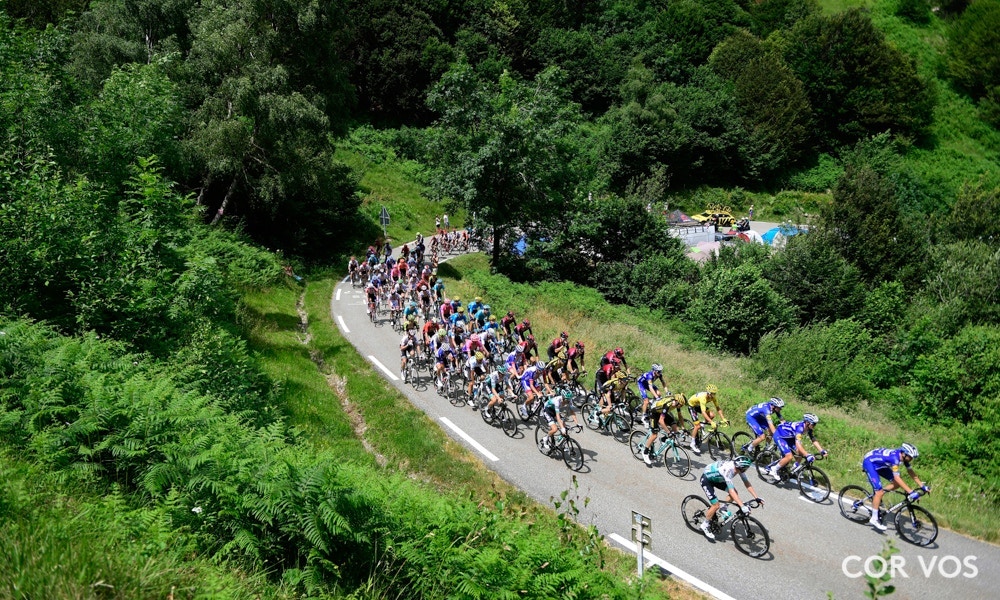 PRAT D'ALBIS, France – Simon Yates (Mitchelton-Scott) has made the most of an elite breakaway group to take out Stage 15 of the 2019 Tour de France. Yates, who spent the majority of the day in a breakaway group comprised of a host of adept climbers including Nairo Quintana (Movistar), attacked his breakaway companion Simon Geschke ()CCC) just ahead of the final climb of the day to win the second mountain top finish in as many days.

Back in the thinning peloton, it was chaos again as the GC hopefuls relentlessly attacked each other on the final climb, hoping to steal back from precious time in the overall standards. Thibaut Pinot (Groupama-FDJ) attacked the GC group with 6km to go finishing 33-seconds down on Yates, with Mikel Landa (Movistar) in tow to round out the podium. Stage 15 saw the peloton take in 185 mountainous kilometers from Limoux to the finish atop the category 1 Prat d'Albis.

The racing was on from the flag drop, with Peter Sagan (Bora-Hansgrohe) and Vincenzo Nibali (Bahrain-Merida) once again instigating the opening break, attacking from the flag drop. The peloton was much more defensive today, closing down every attempt at a break in the first half and hour of the stage. With the peloton and escapees both active in the opening stanza of the race, the average speed for the first 30-minutes of racing was fast, over 50kph. The large break worked well together, managing to open up an advantage of 9-minutes back to the peloton housing the GC favorites; however, with 40km to go Simon Geschke and Simon Yates had both had enough of being seemingly slowed by the group, and launched off the front on the slopes of the Mur de Péguère. Back in the GC group, the tempo was on, with Deceunink-Quickstep riding selflessly in support of yellow jersey holder, Julian Alaphilippe. The hot pace set by the men in blue had an effect, with much of Ineos train losing touch with favorites for overall honors. Mikel Landa (Movistar) was animated and active in the GC group, continually upping the tempo putting his rivals under pressure and closing down the remnants of the days breakaway.

As the race closed in on the final climb of the day, Landa who had skipped ahead of the GC favorites breezed past team leader Quintana, without so much as a sideways glance, while David Gaudu (Groupama-FDJ) set an infernal pace on the front of the GC group. Yates had dropped Geschke up the road and looked set to take his second stage win in this year's tour.

Thibaut Pinot launched out of the GC group with 6km to go dragging Alaphillippe, Egan Bernal (Ineos), and Emmanuel Buchman (Bora-Hansgrohe) with him. Alahaphillippe was distanced just 1km later, with Buchmann and Bernal falling off soon after.

Not content to sit behind Alaphilippe, and sensing that he was suffering, Geraint Thomas (Ineos) attacked the yellow jersey with 1.5km to go, managing to steal back 30-seconds by the finish line. Alaphilippe now has a minute and a half in hand over Thomas as the race heads into the final rest day of this years tour.