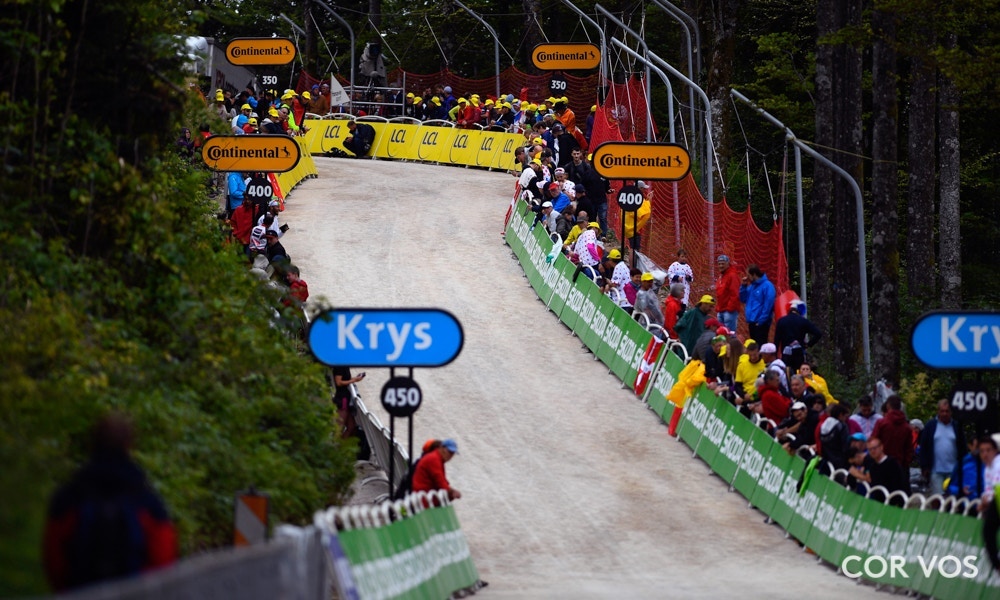 LA PLANCHE DES BELLES FILLES, France – Dylan Teuns (Bahrain-Merida) has ridden to a monumental victory on stage six of the 2019 Tour de France, his first in a grand tour, taking out the first summit finish to appear on the 2019 route.

The tour debutant rode away from fellow breakaway compatriot Giulio Ciccone (Trek-Segafredo) to cap off a stonking ride that saw the peloton scale seven categorised climbs. Fellow Tour de France debutant, Ciccone, moved into the yellow jersey on the back of his ride with Xandro Meurisse (Wanty-Gobert) finishing in third, over a minute down. Geraint Thomas (Ineos) was the first of a string of GC hopefuls to hit the line, narrowly edging out teammate, Egan Bernal (Ineos) to claw back a few vital seconds. The undulating stage and the nature of the roads in the area proved fortuitous for the day's main breakaway, which contained big numbers and moved away from the main field early. With quality riders such as Tim Wellens and Thomas De Gendt (Lotto-Soudal) featuring alongside eventual stage winner Teuns.

The break was a cohesive unit as they scampered up the Markstein (Cat1), Grand Ballon (Cat-3), and Col du Hundsruck (Cat 2), with their advantage ballooning out to eight minutes. Tim Wellens was pushing hard at the front, maximizing his lead in the King of the Mountains classification.

The peloton started clawing time back with around 60km to go, but the damage was mostly done with the advantage squarely in the favor of the breakaway. As the break whittled down, breakaway specialist Thomas De Gendt attempted a solo getaway, managing to hold off his breakaway compatriots until 20km to go. Teuns, Wellens, Ciccone and Meurisse absorbed De Gendt and pushed on towards the final climb of the day with Teuns and Ciccone powering away up the final slope.

Back in the peloton, a hot pace set by Ineos and Movistar saw several overall favorites such as Vincenzo Nibali (Bahrain-Merida) and Romain Bardet (AG2R La Mondiale) lose touch with the main group, which would ultimately see them losing time on their GC rivals. As Teuns and Ciccone battled up the final gravel sector towards the line, Mikel Landa (Movistar) and Julian Alaphillippe (Deceunink-Quickstep) traded barbs, attacking the GC group before Geraint Thomas surged past, distancing his rivals by a handful of seconds on the line.