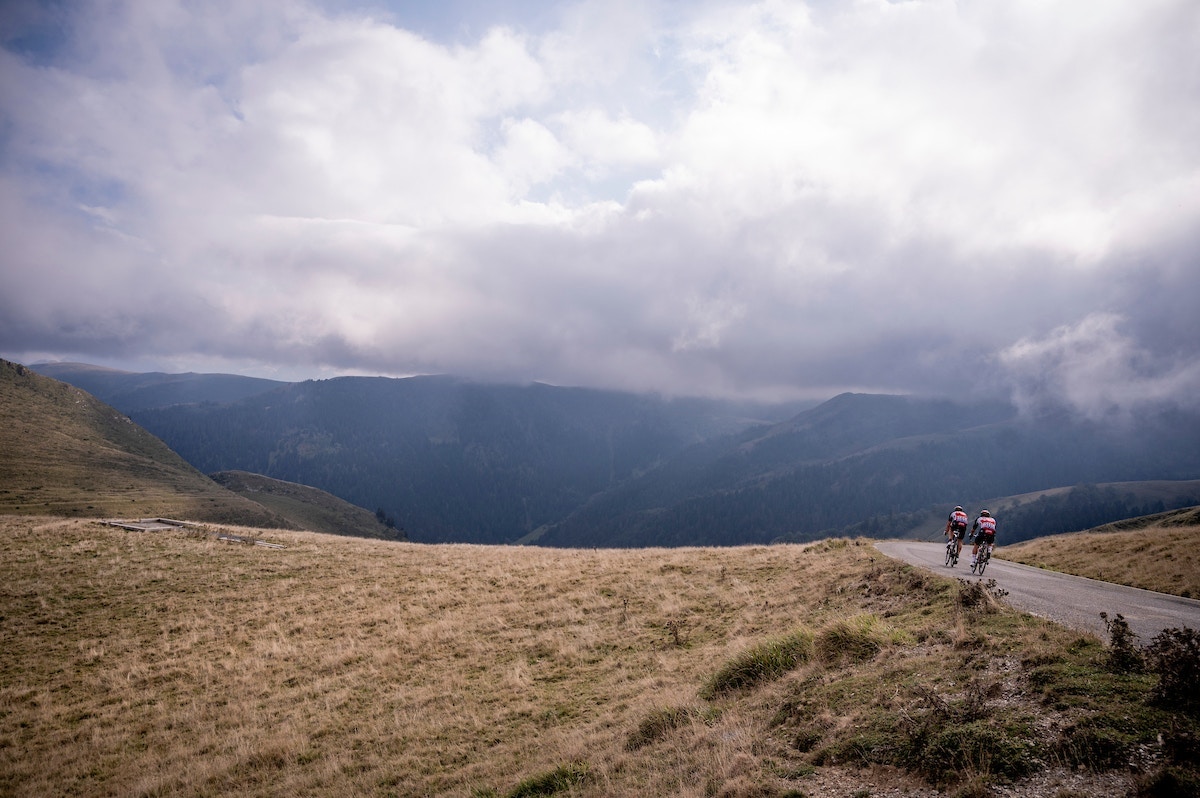 The French Ag2r-La Mondiale rider got himself into the early breakaway of the day and rode clear over the summit of the second climb of the stage, holding off a chase from Ilnur Zakarin (CCC Team) over the final ascent of the Peyresourde before descending to victory in Loudenvielle.

Behind Peters, the GC battle roared into life in the first of two stages in the mountains of the Pyrenees.

Tadej Pogacar (UAE-Team Emirates) attacked from the group of favourites on the upper slopes of the final climb of the day and held a gap through to the finish to regain some of the time he had lost in the crosswinds Friday.

Behind the young Slovenian, Yates’ slender GC lead was repeatedly threatened by attacks from Guillaume Martin (Cofidis), Nairo Quintana (Arkea-Samsic), and Primoz Roglic (Jumbo Visma), though the Brit was able to battle back to put the shutters on the moves.

The only damage Yates was unable to mitigate was a late acceleration from Romain Bardet (Ag2r-La Mondiale), who grabbed two seconds in the classification with a late attack. The Brit did enough to retain his three-second GC lead over Roglič, with the top-10 on the classification all condensing to within one minute of each other.

“I think everyone was at the limit today. I did my thing and here we are,” Yates said after the stage.

“I’m pretty happy, it was a really tough day… late on in the stage Jumbo-Visma came up and started pushing the pace really hard. They went full gas from there to the finish. I did my thing and did my best to stay with the best guys.”

Though a Frenchman won the stage and Bardet shuffled up to fourth overall, it wasn’t all très bien for the French; Thibaut Pinot (Groupama-FDJ) lost contact with the lead group on the second climb of the day to lose nearly 20 minutes, while Julian Alaphilippe (Deceuninck-Quick-Step) blew up after a speculative attack on the final climb of the stage and lost over 10 minutes. 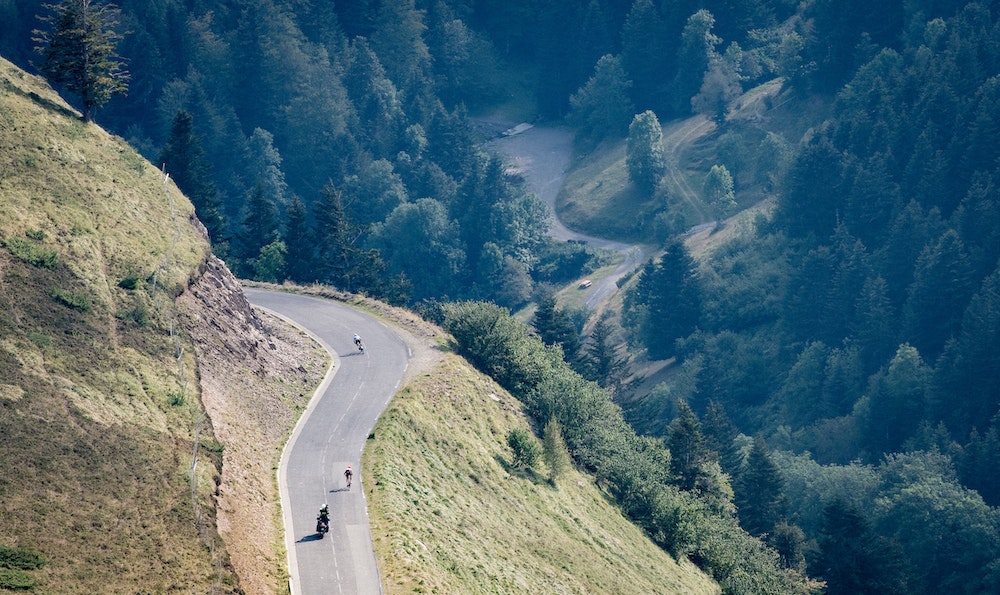 Peters’ victory came having found himself of an early break of 13 which soon gained a gap of nearly 15 minutes. The escape began to shatter on the Hors Categorie Port de Balès after an attack from Jérôme Cousin (Total Direct Energie). Ilnur Zakarin (CCC Team) was the next to accelerate, dragging Peters with him, with the pair catching and dropping Cousin by the summit.

Though Zakarin looked the better climber, his dicey descending skills saw him lose contact on the long descent of the Balès, leaving Peters to go into the final climb with a 45-second gap over the Russian. The 26-year old lasted through the final climb to descend to victory, his second-ever win after taking a stage at the Giro d’Italia last year.

“This is absolutely crazy,” Peters said. “I had a dream to win a stage in the Tour de France and I’ve done it.” 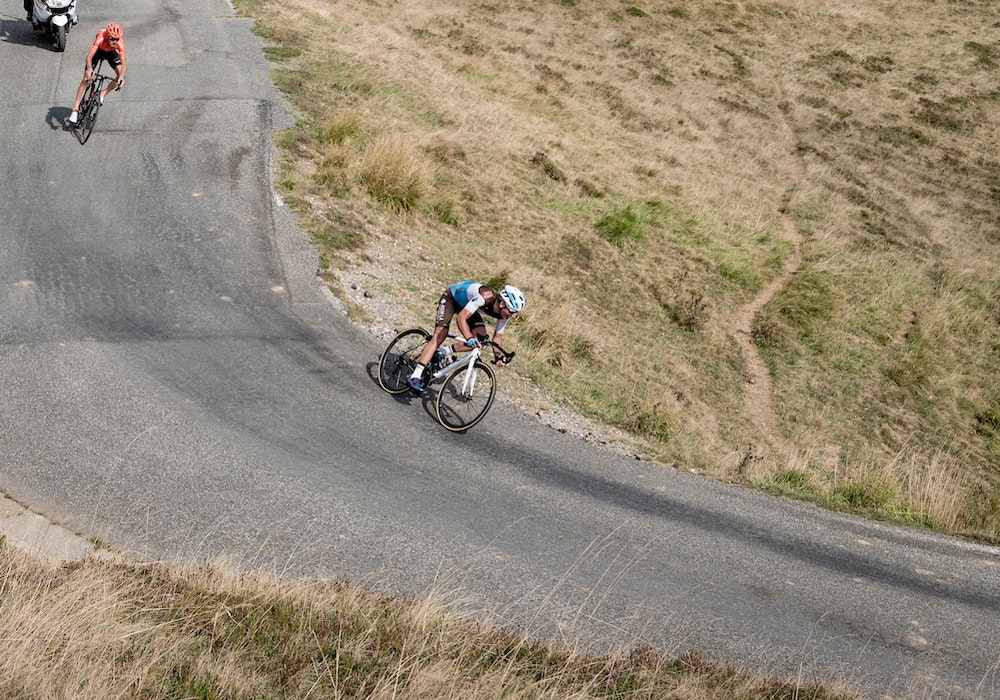 The real drama of the day came several minutes down the road, however.

The first major flashpoint of the day was Pinot dropping way off the pace on the Port de Balès, looking to be nursing his back after picking up injuries in a stage 1 crash. Groupama-FDJ’s tragic hero continued to shed time through the remainder of the stage as he tapped home around 25 minutes down, surrounded by teammates.

The racing for the GC erupted on the climb of the Peyresourde after Jumbo-Visma had throttled the bunch through the preceding mountain pass. With the group down to around 25 riders, Alaphilippe sparked the action with a speculative attack before almost immediately blowing up and crawling home to the line, any rumours of his GC fight firmly put to bed.

After Alaphilippe, Dumoulin began to squeeze the pressure before Roglic, Pogacar and Quintana launched clear from behind him, shattering the GC group and leaving Yates in difficulty before it all came back together.

Pogacar went again in the final few kilometres of the climb and this time it stuck, and the 21-year-old held his gap through to the finish to claw back 40 seconds he lost on his GC rivals in the crosswinds Friday. 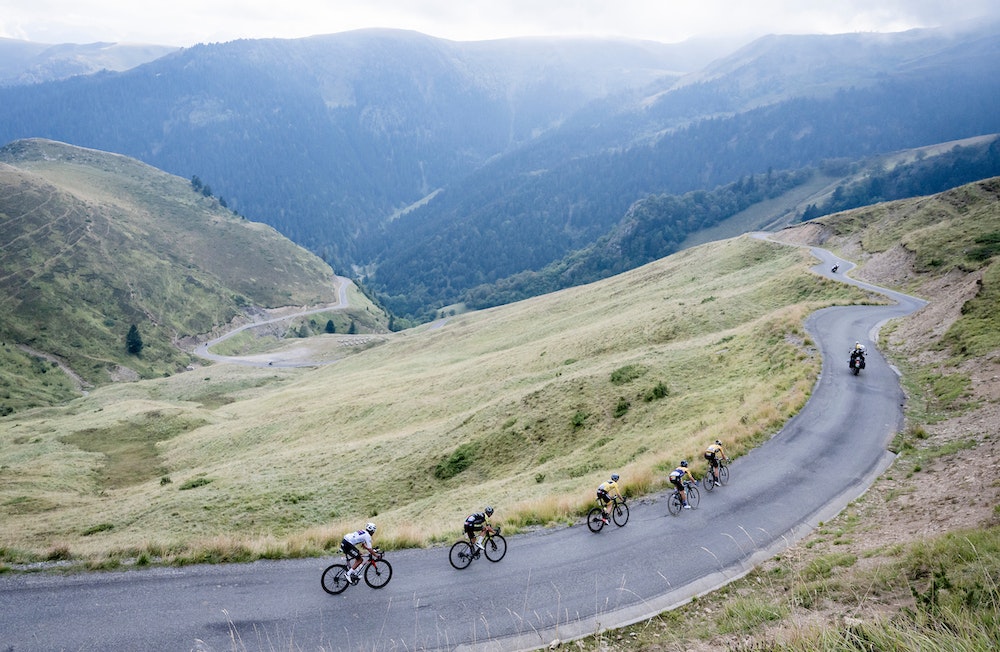 “I saw that the other guys were looking at each other and everyone was on the limit, I had the chance to attack and I went full gas to the top,” Pogacar said. “ In the downhill, I went as deep as I could and at the end I had 40 seconds of an advantage, so it was a good day for me. Tomorrow will be another hard day, we will see day by day how we face each stage.”

The rest of the GC group continued to skirmish through the top of the climb and descent toward the finish line, though no moves were able to stick until Bardet attacked in the final kilometre to grab two seconds over his GC rivals.

With another day of climbing and downhill finish on tap Sunday, Yates continues to play it coy about his intentions for the race.

“We’ll see,” he said when asked his plan. “ Tomorrow is a very similar stage. If we can hold on for another day, then the day after that is a rest day, so hopefully, we can hold on until then. Then we’ll see what happens.”