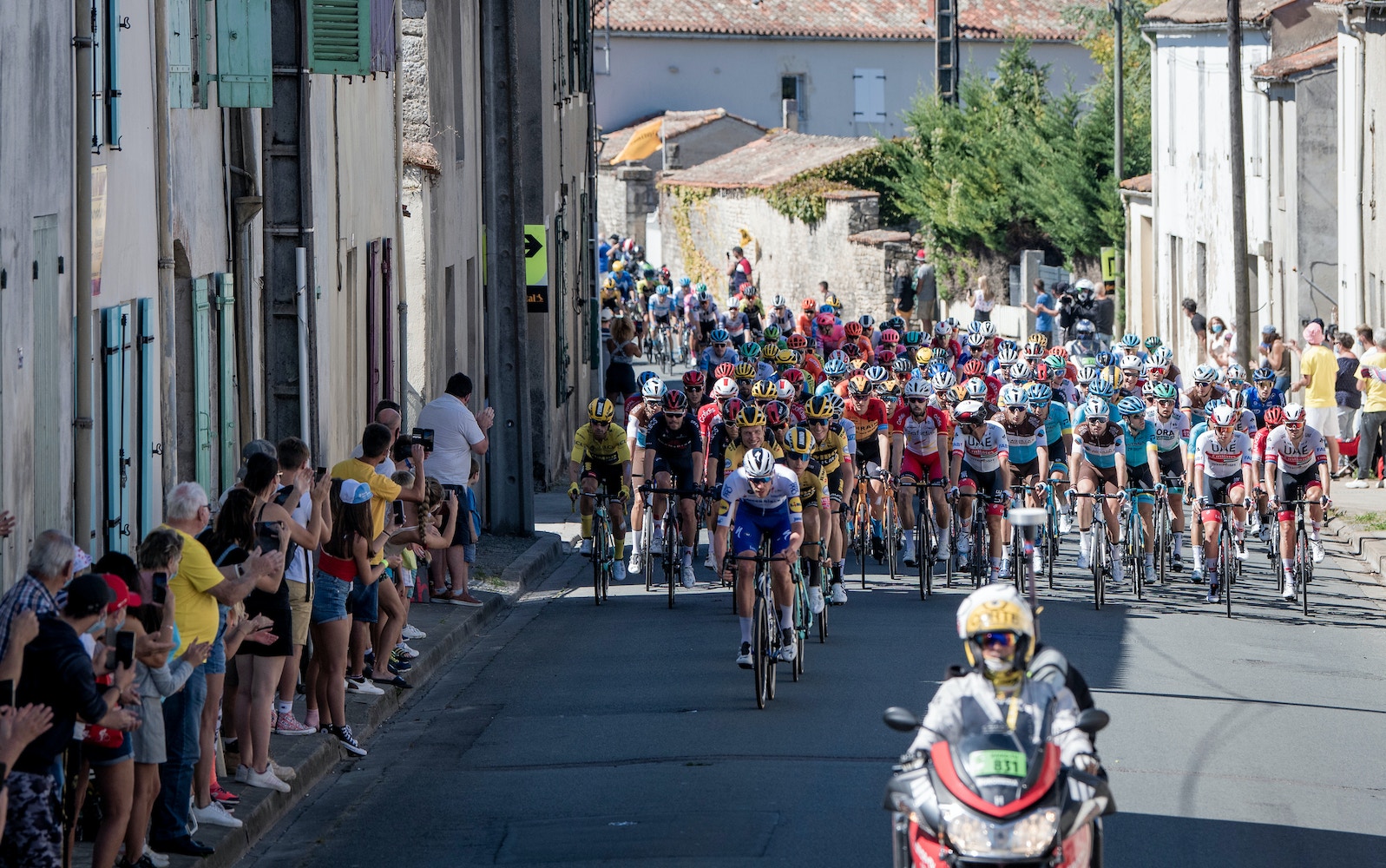 “Once you get one you want two, and now I have two I want a third on the Champs-Élysées in Paris,” said Ewan who also won stage three at Sisteron. 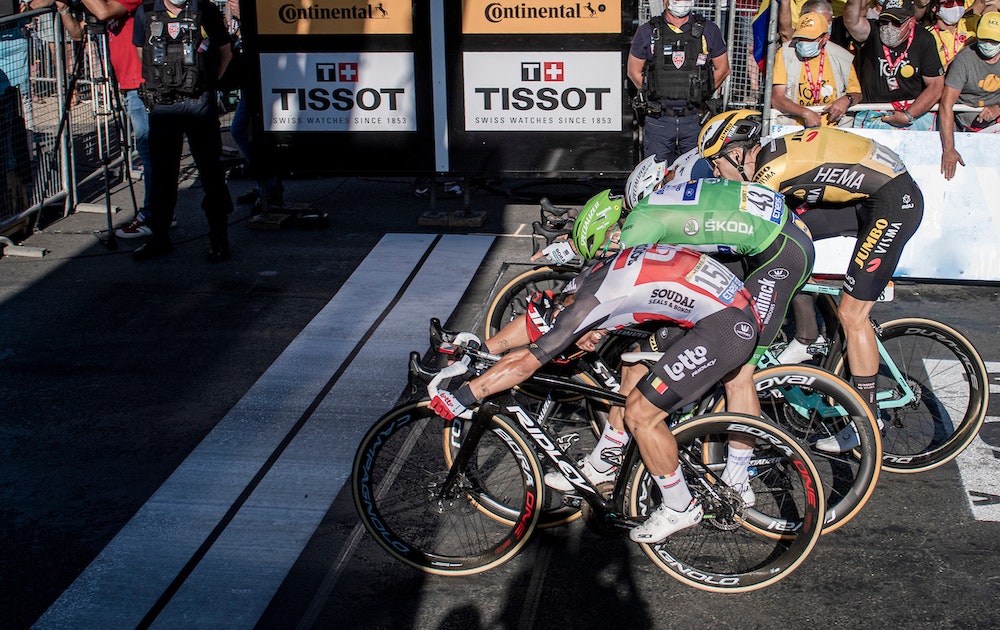 Peter Sagan (Bora-Hansgrohe) finished in second, half a wheel back, and half a wheel up on Sam Bennett (Deceuninck-Quick-Step) who retains the green jersey.

Wout van Aert (Jumbo-Visma) finished just off of the podium, after being shouldered by Sagan in the closing meters.

Sagan was relegated for this sprint rules infringement and received no points and no podium placing.

The winner of two stages in the 2020 Tour de France, van Aert commented about Sagan’s actions, “I think it’s not done to do it like that, actually. In my opinion, I sprinted in a completely straight line. I started completely at the right on the borders, and he just tried to create space for him. For me, it’s not allowed to do that. It’s already dangerous enough. I was surprised and shocked when I felt something. I was at maximum effort and I was really scared.” 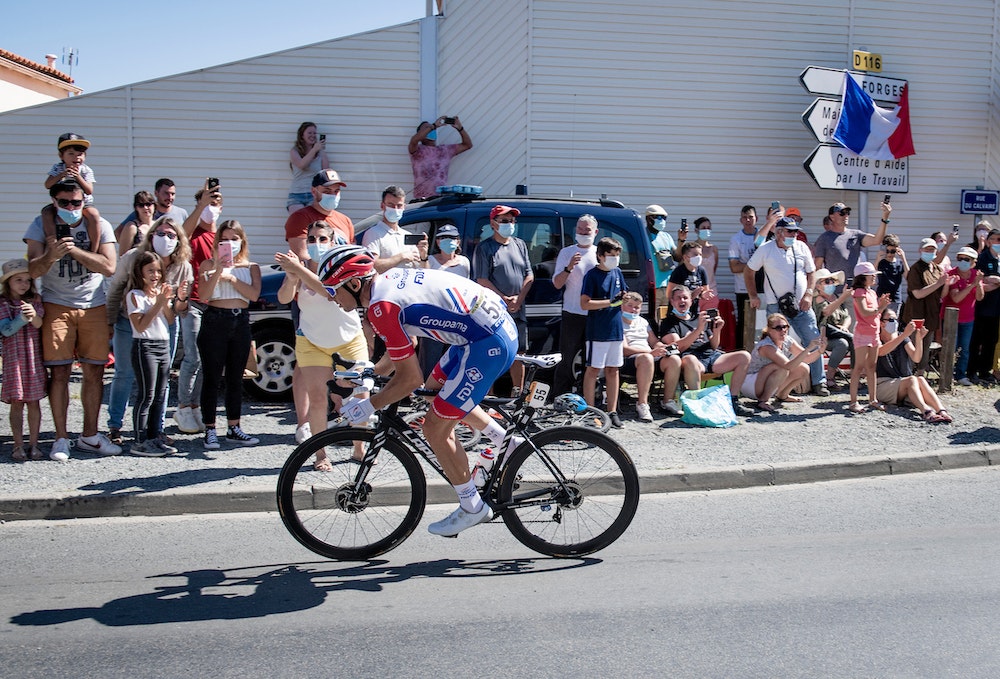 In a relatively flat and fast stage, some of the world's fastest sprinters did battle at the intermediate sprint — in which Bennett bested Sagan — and again at the finish line.

Solo rider Matthew Ladagnous (Groupama-FDJ) went off the front early in the day and got a maximum 3:05 advantage. Ladagnous would be awarded the most aggressive rider award for the 11th stage for this effort.

The French rider stayed off the front until the intermediate sprint point, where his advantage was quickly brought back over the next 20km by a fast-charging Deceuninck-Quick-Step.

Ion Izagirre (Astana) went down in a crash at 30km to go and was forced to abandon.

The team of Bennett stayed at the front for the final 40 minutes of racing, only to be joined by Lotto-Soudal, trying to set up Ewan in the final 3km.

Disrupting these trains was Lukas Pöstlberger (Bora-Hansgrohe), who attacked and briefly gained as much as eight seconds. 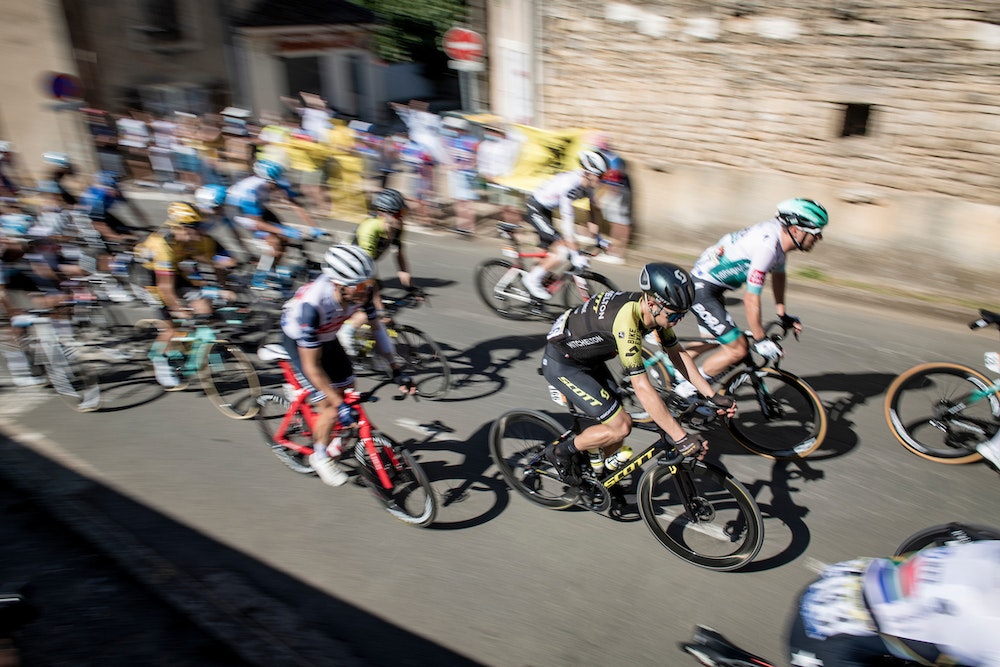 In an effort to bring him back, and to allow Bennett to gain more points, Bob Jungles and Kasper Asgreen (Deceuninck-Quick-Step) both reacted and gave chase.

The group came together inside of 2km to go, where Wout van Aert appeared on the far right side of the road.

Ewan moved clear from behind Bennett’s right side and came around the big Irishman’s left with no road left.

“I was really close to the front, I was more forward than I wanted to be, but I dropped back into the bunch to watch,” the 26-year-old said. “I just kept calm and waited for the right gap to open. I didn’t know if I’d won because I threw the bike and was looking down. But sometimes you can just feel it.”

The yellow jersey finished safely on the stage but commented that his teammate van Aert is a bit crazy, and the decision to relegate Sagan was a fair one.

Thursday, the 12th stage, the longest of this edition with 218 kilometers, travels between Chauvigny (Vienne) and Sarran (Corrèze).