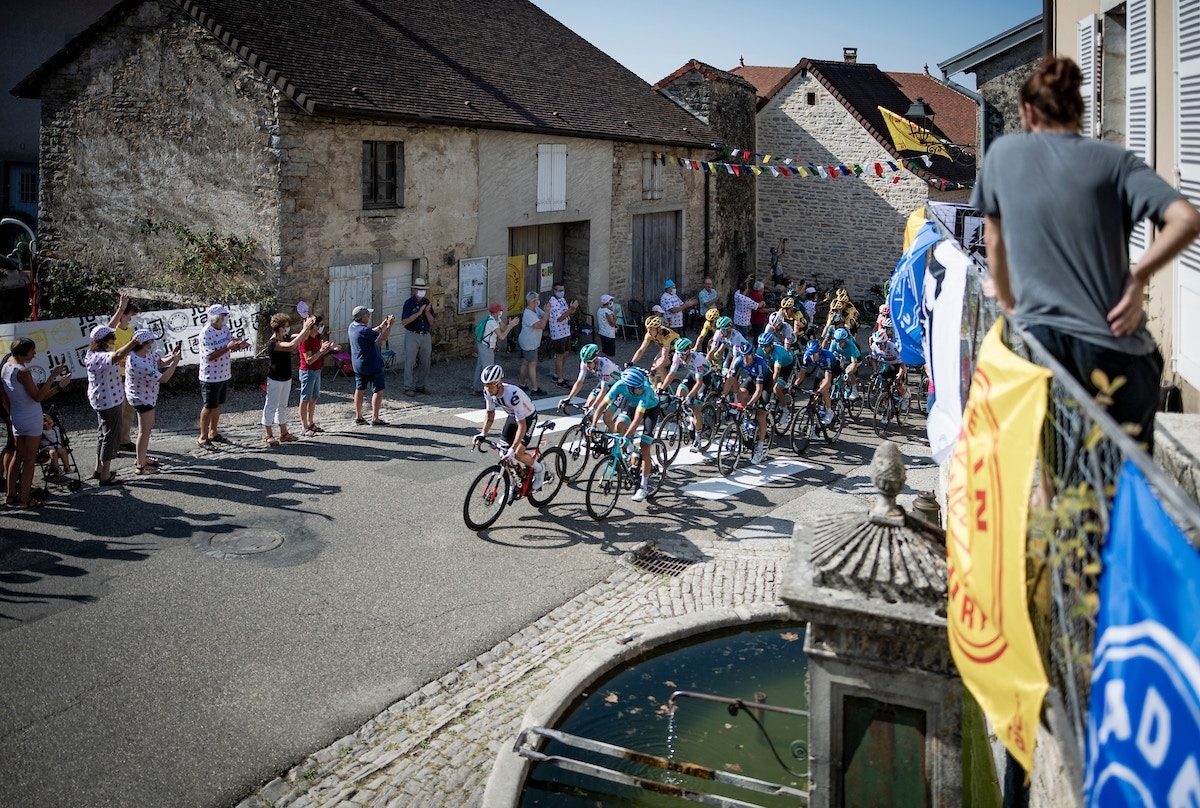 The Danish rider also won stage 14 in a similar fashion.

“I have to say in the last kilometres I was screaming, ‘Can you confirm one minute?’ I didn’t believe it. Two stage wins in the Tour de France, I could never have dreamed about something better! I was thinking when the group was there, all the best riders on hilly terrain – how do I beat these guys? The moment came after Trentin attacked really hard. I thought that if I get a small gap, they start looking at each other, and that was exactly my luck,” said the stage-winner.

Bennet extended his lead in the green jersey competition, besting Sagan at the intermediate sprint, and again at the finish line. 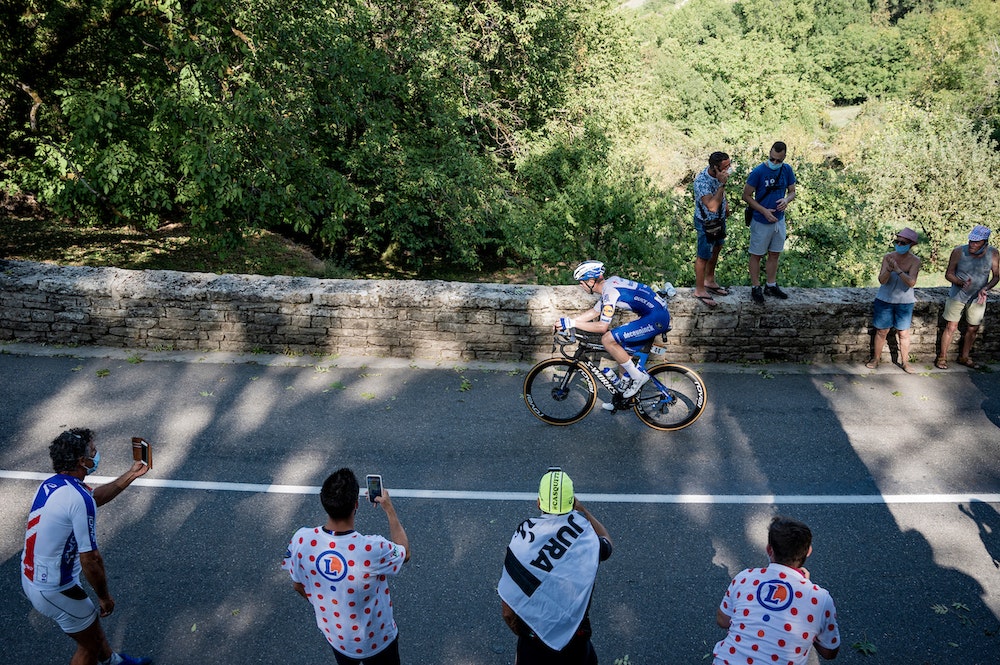 From early on in the stage, the big French rider Remy Cavagna (Deceuninck-Quick-Step) went off the front, managing in excess of 50kph for the first 75 minutes of racing, aided by favourable weather.

Lukas Pöstlberger (Bora-Hansgrohe) suffered an unfortunate bee sting to the mouth and had an adverse reaction. He was forced to abandon and required hospitalization. The Austrian was treated and released, but this unfortunate event ended his 2020 Tour de France campaign.

Cavanga took the maximum points available at the intermediate sprint, denying Sagan opportunity to edge closer to Bennett. Cavagna was brought back just after this point.

From the field, Bennett launched ahead of Sagan, and the big Irishman came across the line just ahead of the seven-times green jersey winner, who stayed ahead of Matteo Trentin (CCC Team) with less than 40km of racing to go.

While this group sped away, Caleb Ewan (Lotto-Soudal) was seen to have a mechanical issue, but was attended to by his teammates at the rear of the peloton.

Building a sizeable lead, this group stretched away from the yellow jersey group.

Just before the 15km to go mark, Trentin attacked. Bennet jumped on his wheel, and Sagan was close to follow. They were quickly neutralized, and when they were brought back, Anderson saw an opportunity.

The Sunweb rider immediately countered and got nearly 12 seconds in 1,500m. He went into time-trial mode while the sprinters looked at each other to see who would try to hunt him down.

With 5km left of racing, Anderson appeared to be safe, while Luke Rowe tried to take a dig, but was quickly brought back.

Anderson kept asking for time checks, even through 500m to go. 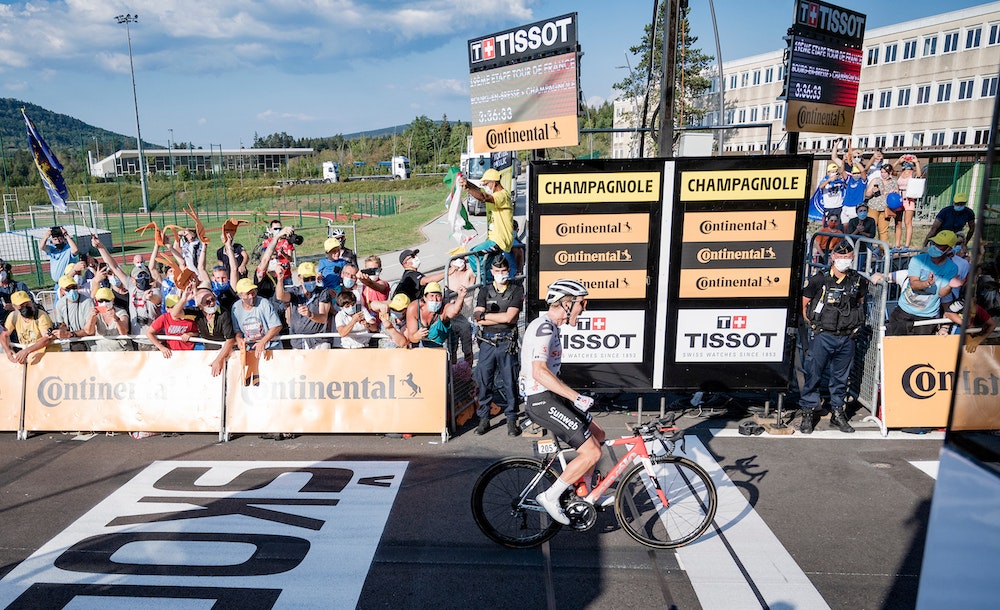 In the field sprint, Nikias Arndt opened early but was not able to hold. He was swarmed by Megec, Stuyven and van Avermaet.

The yellow jersey stayed safely in the front of the chasing peloton, anticipating the overall win in two day’s time.

“Another good day for us, and now we focus on recovery and the time trial for tomorrow. I did a recon. It’s quite honest in the end. You just have to push as much as possible,” Roglic said. 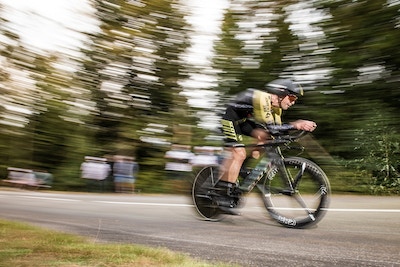