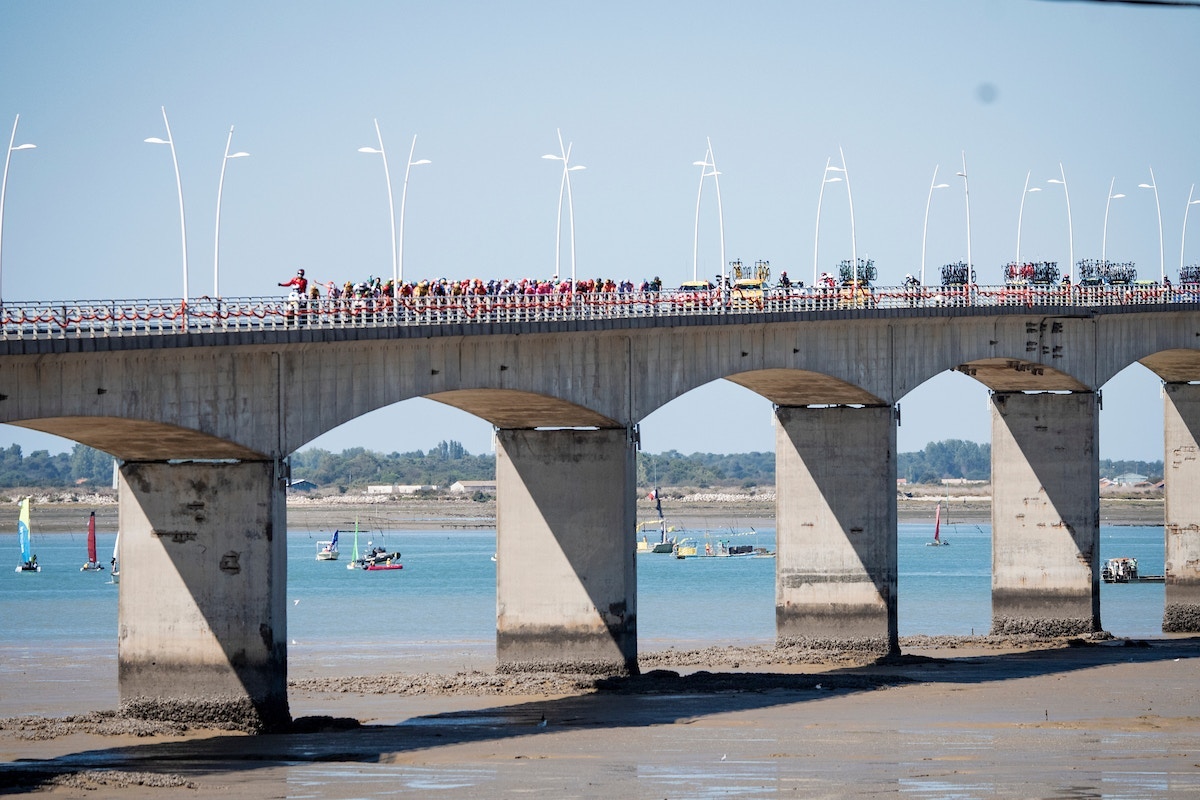 In a crash-marred, flat stage following the first rest day, Sam Bennett (Deceuninck Quick-Step) takes the win from Caleb Ewan (Lotto-Soudal) and Peter Sagan (Bora-Hansgrohe) in a chaotic three-up dash for the line.

This is Bennett’s first tour win. The Irishman has 47 wins as a professional, including stages in the Giro d’Italia and the Vuelta a España.

“I don’t think it’s hit me because I forgot to throw the bike at the line and I thought he might have got me.” the Irishman said. “I just want to thank everyone that’s been involved. I just want to thank the whole team and Patrick [Lefevere] for giving me this opportunity, and to everyone who has helped me get here. I want to thank my wife and everyone around me.”

The 29-year-old was visibly moved to tears once he found out that he won the stage without a bike-throw. 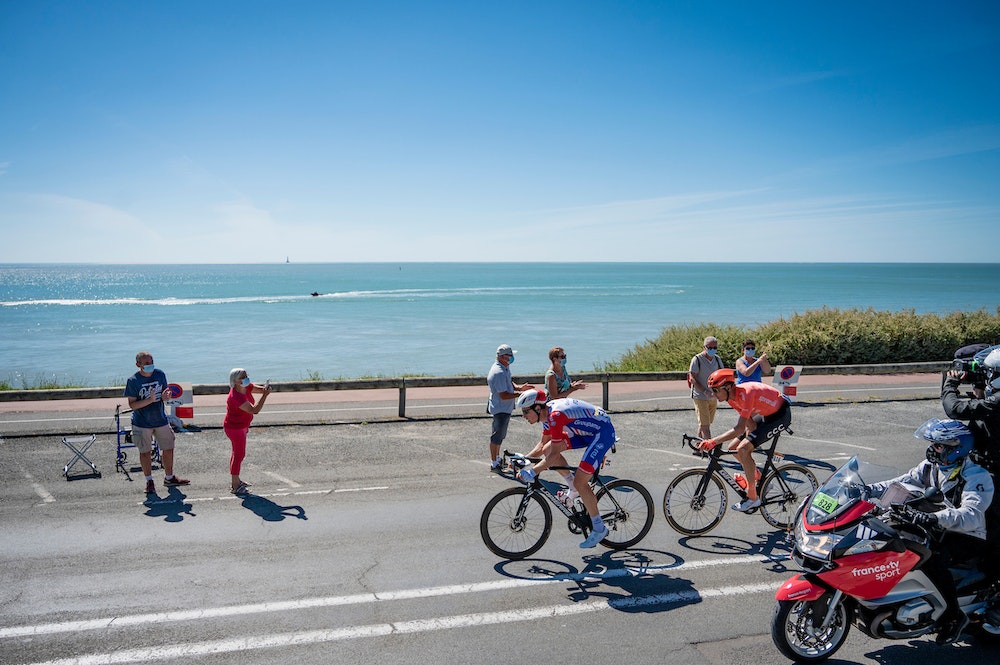 From the start of the stage, two Swiss — Michael Schär (CCC Team) and Stefan Küng (Groupama-FDJ) — attacked but were not allowed more than 80 seconds advantage.

The two were brought back with 100km of racing remaining on the day.

A crash took down Sam Bewley (Mitchelton-Scott) and Nico Roche (Sunweb). While Roche remounted, Bewley was forced to abandon. Toms Skujins (Trek-Segafredo) also went down and was able to recover, but not without a visit to the Tour medical car.

The intermediate sprint at 39km was taken by Matteo Trentin (CCC Team) followed closely by Peter Sagan (Bora-Hansgrohe), despite Deceuninck-Quick-Step being all over the front to support Sam Bennett.

In the final 20km, Team Ineos Grenadiers went to the front to keep Egan Bernal safe, however, they were not able to offer protection for long, and the 2019 Tour winner ducked behind Sagan for protection from the wind. 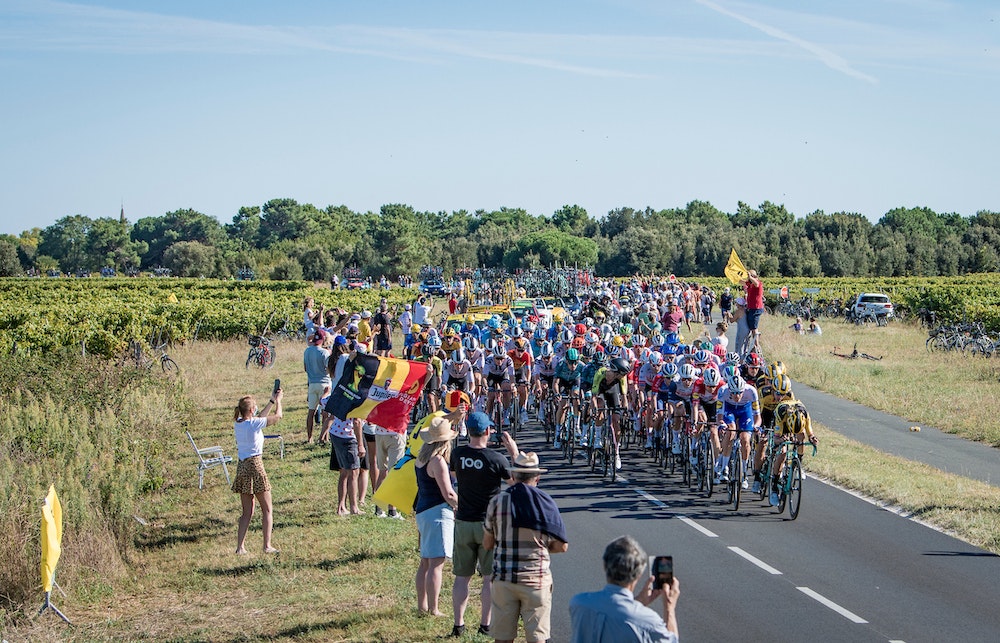 With 17km to go Martin crashed a second time, along with previous yellow jersey Julian Alaphilippe (Deceuninck-Quick-Step) as the peloton blew up in crosswinds. Martin was able to reconnect with the back from the peloton.

Küng attacked again at 15km to go, but was not given any leash, and was quickly brought back by the yellow jersey group moving at 55kph, lead by Movistar.

Joined by Sunweb and Jumbo-Visma to keep the yellow jersey safe at the front in the final 10km.

In the final technical 2km, it was all the sprinters jostling for position, but Subweb and Jumbo-Visma controlled the front, with Bora-Hansgrohe looking for position to set up Sagan.

Sagan, following the stage where he relinquished the green jersey said, “In the end, we had a pretty messy sprint where Sam Bennett showed he could win the stage and take the green jersey. But we are still halfway through the Tour de France, and there are still opportunities to take the jersey back. Thanks to all my teammates today for staying with me.”