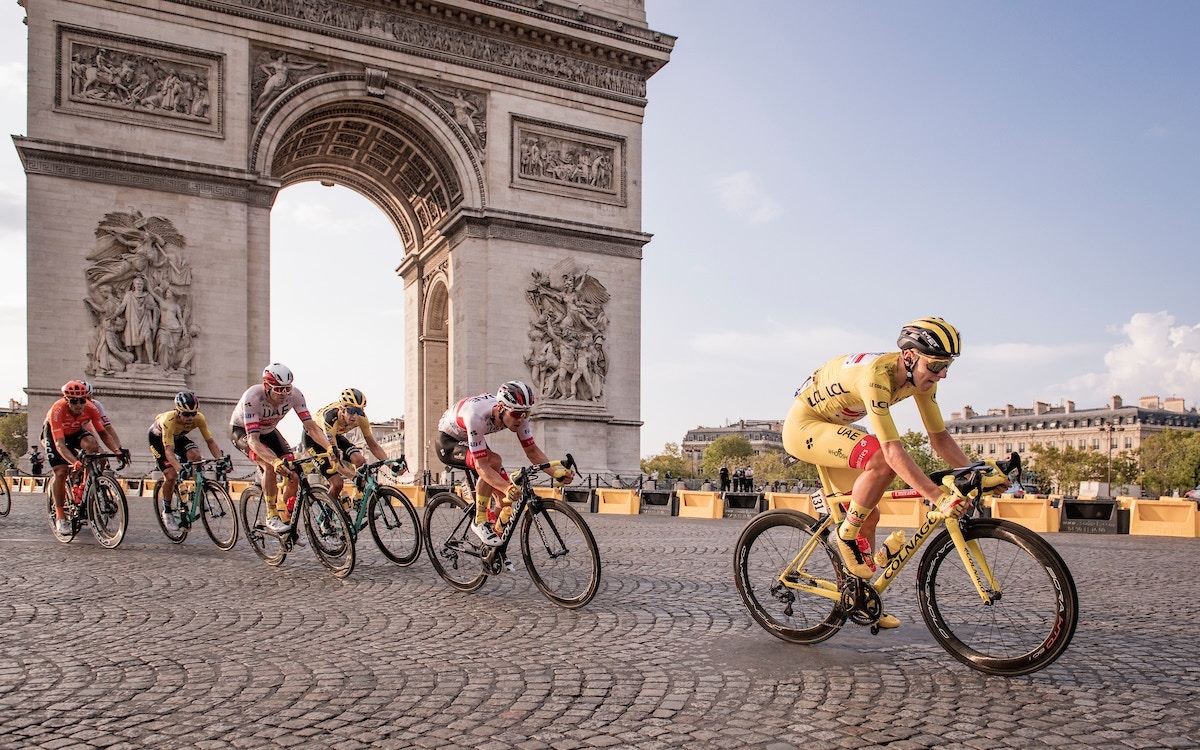 The Tour de France came to a close in Paris on Sunday, with Sam Bennett (Deceuninck-Quick-Step) winning the bunch sprint on the Champs-Élysées. 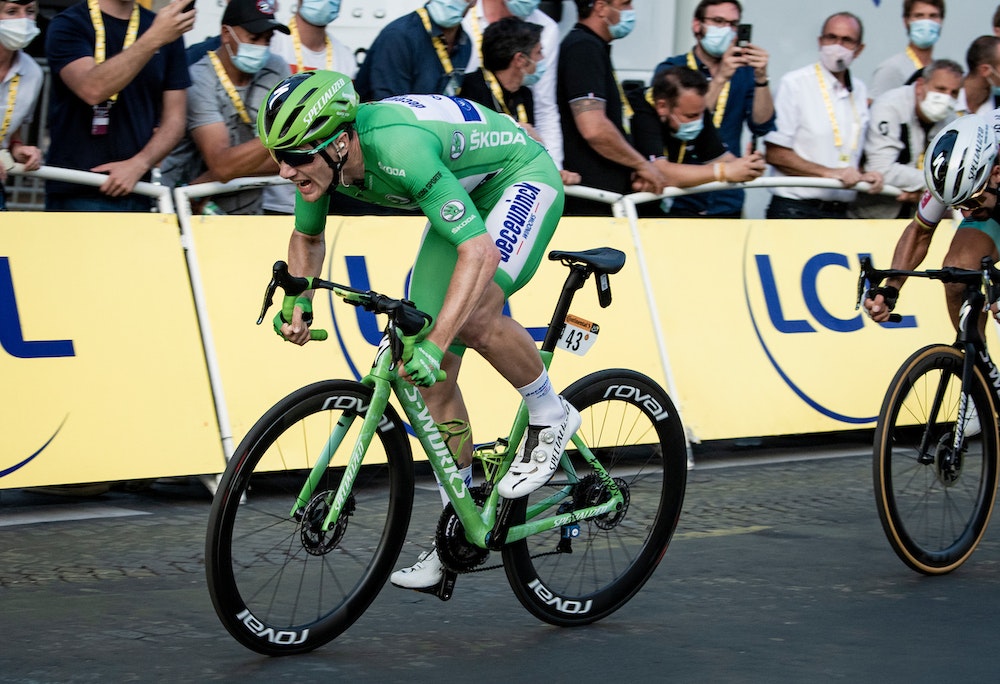 “I can’t tell you how excited I am,” Bennett said after the stage. “Green jersey, the Champs, the world championship of sprinting. I never thought I’d win in this stage. To do it on my dream team, they’re fantastic, it’s just so amazing, I just can thank everyone enough.”

Bennett had been engaged in a close fight with Sagan for the green jersey through the second half of the race, having also won stage 10 on the Île de Ré. Sagan’s and Bora-Hansgrohe piled the pressure on Bennett through the closing weeks, though the Irishman’s “wolfpack” squad stayed true to their sprinter to pace him through stages where he was distanced by the efforts of the German team.

Having been left on the sidelines when formerly racing with Bora-Hansgrohe, this year’s Tour has seen Bennett make his mark as a leading fast man in the WorldTour.

“All the suffering through the mountains is worth it now,” Bennett said. “All the years, trying to come up, trying to make it – it took me so long to get here, I am just going to enjoy every moment of it.” 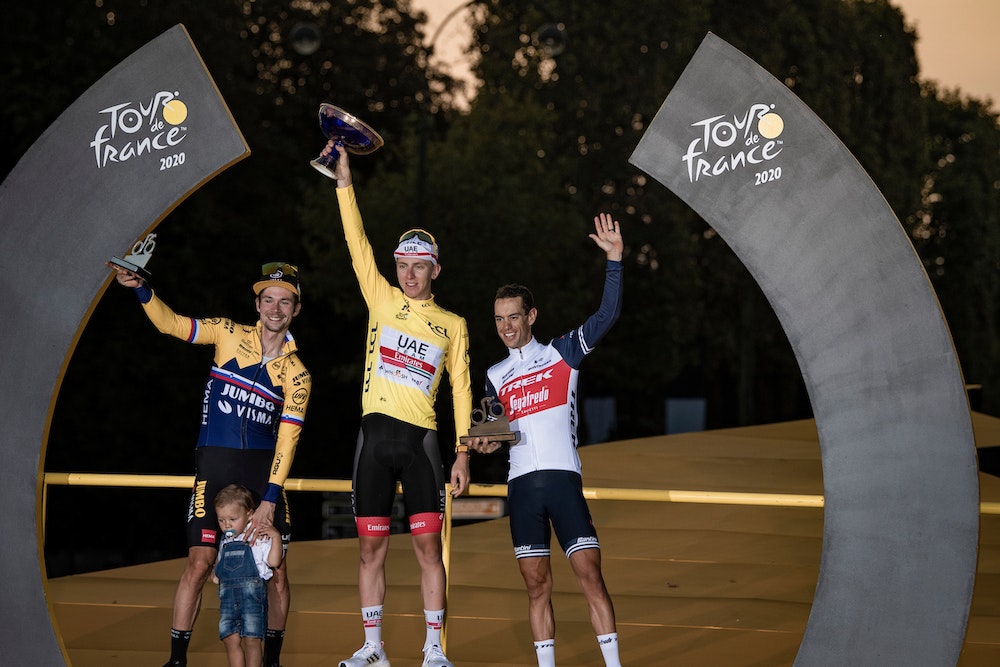 Behind the sprint, yellow-clad Pogačar crossed the line with his teammates and defeated friend and rival Primož Roglič to secure the GC victory. The youngster also wrapped up the classifications for best young rider and best climber.

“It’s unbelievable, it’s really crazy, even if I came second or last, it would be nice to be here, it’s the top of the top, I cannot describe this feeling in words,” Pogačar said. “Today was very special, with my teammates, talking with them on the bike. [I got] a lot of respect from the other riders, every one of them congratulated me today, this sport is really amazing.”

Pogačar will turn 22 years old tomorrow, Monday. The victory was “the best birthday present ever,” he said with a grin. 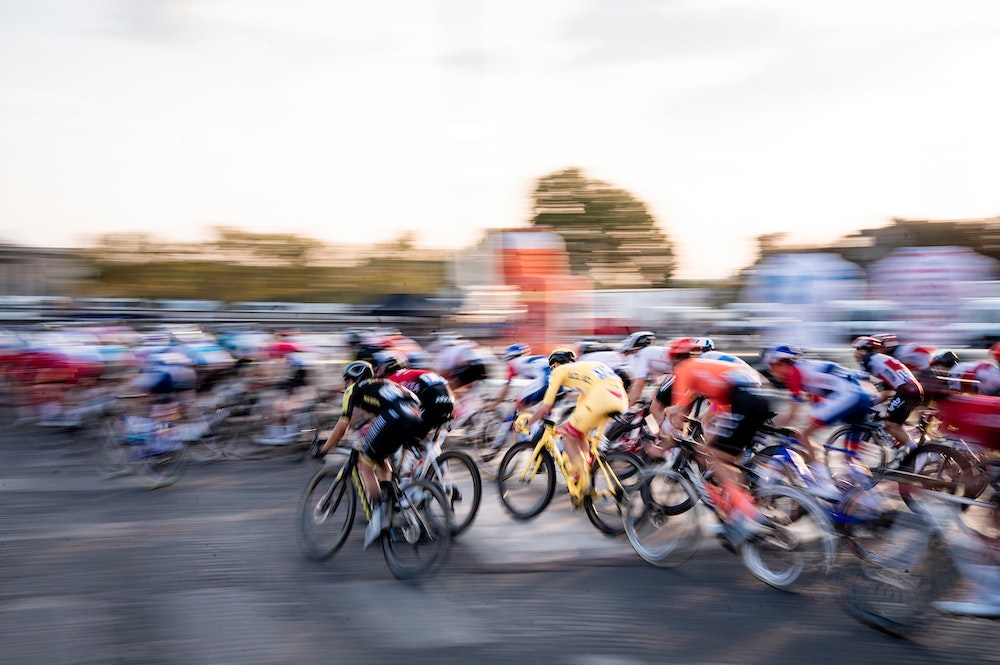 The race got underway in Mantes-la-Jolie after riders started the day wearing face masks with anti-racism messages written across them and local rider and sole Black member of the peloton Kévin Reza (B&B Hotels-Vital Concept) leading out the bunch.

As is tradition, the first half of the race was neutralized as riders cruised toward Paris, with Pogačar and Roglič deep in friendly conversation after their dramatic battle on the Planche des Belles Filles on Saturday.

The racing kick-started with 55km remaining as the bunch began its circuits of Paris. Much of the city was deserted due to coronavirus restrictions in place in the city, with only 5,000 spectators allowed onto the Champs-Élysées.

Max Schachmann (Bora-Hansgrohe), Greg Van Avermaet (CCC Team), Conor Swift (Arkea-Samsic) and Pierre-Luc Perichon (Cofidis) jumped away after a flurry of opening attacks, and over the next 20km built a gap of around 20-seconds on the bunch. However, with Sunweb, Deceuninck-Quick-Step and Lotto-Soudal leading the peloton, they were never going far.

With the escape quartet caught in the final 5km, Sunweb took it up en masse at the front before being crowded out by Cofidis and Deceuninck-Quick-Step, with Bennett loitering third wheel back, and Pedersen and Sagan marking him out.

Bennett’s veteran teammate Michael Morkov led the bunch around the final bend of the final lap and onto the finish straight before Bennett accelerated up the right of the cobbled street. The 29-year-old was uncontested as he pulled away from Trek-Segafredo’s charge with Jasper Stuyven and Pedersen, while Sagan came up too late to make a meaningful challenge.

Bennett crossed the line roaring with joy having won his second stage of the race, becoming the first Irishman to win the green jersey since Sean Kelly in 1989. 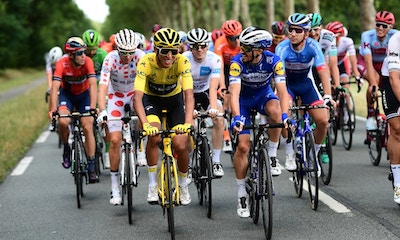 We take you through the top contenders to win the 2020 Tour de France overall...