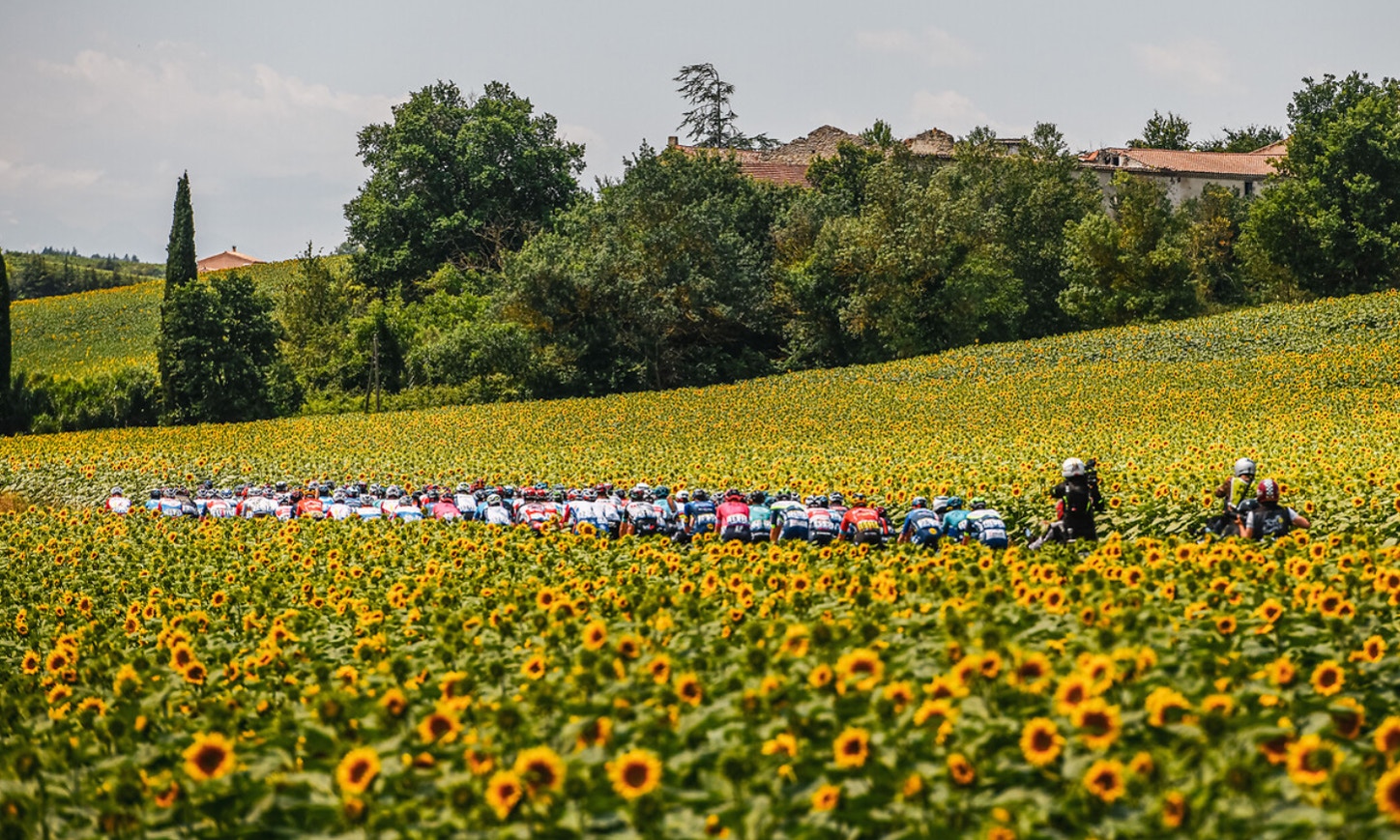 The Dutchman attacked out of a strong 14-rider breakaway with 42km to go and time trialled his way through the hilly finale to land his second Tour de France victory.

“It's super nice,” Mollema said after the stage. “It’s amazing to win a stage again.” 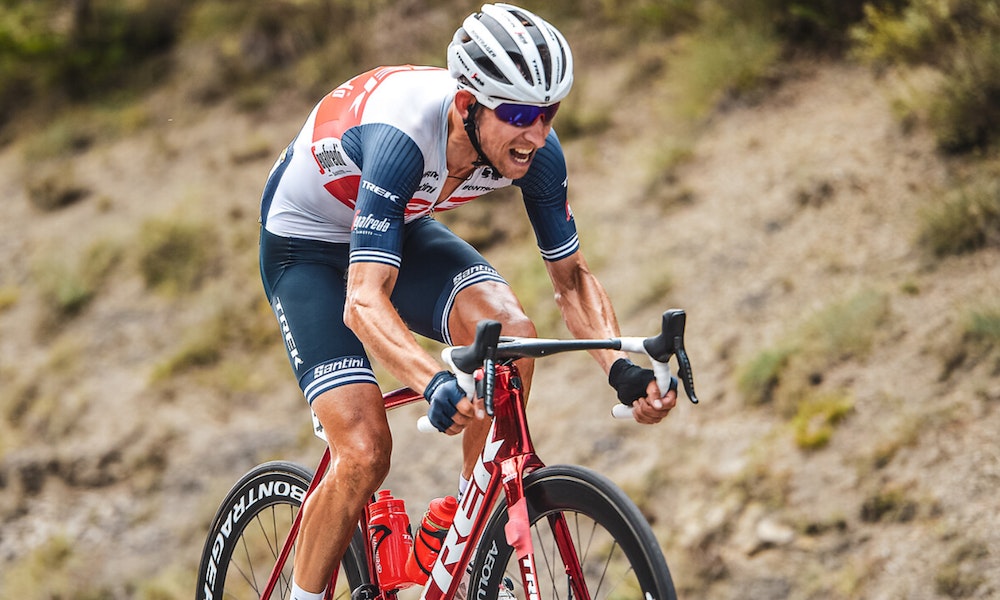 Mollema held off a four-up chase group in the final 20km as he nursed a one-minute lead over the final climb of the day.

Mollema has won from similar long-rangers at Il Lombardia in 2019 and this year’s Trofeo Laigueglia. Once he made it clear from the day’s break it looked certain that he would convert.

“I was feeling good so I thought to go from far. I did about 40km alone so it was a hard final,” he said. “I’m super happy I made it. I had the confidence that I could ride alone and then keep going a long time. Once I had over a minute I knew I could make it to the line, I can pace myself well.”

Konrad edged the sprint for second to leave Higuita in third. 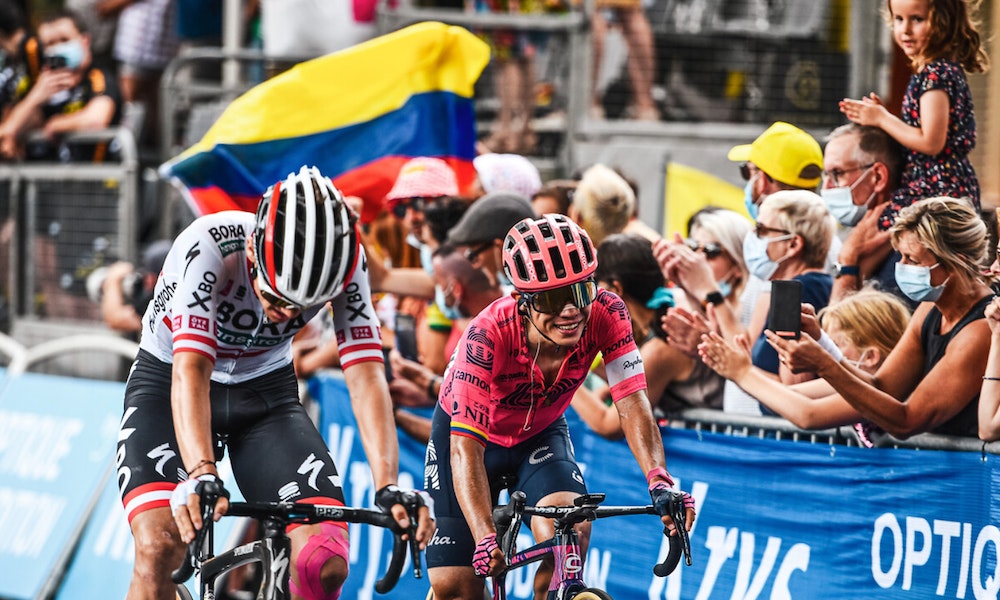 The GG battle went on simmer in the day’s attritional transition stage, with Tadej Pogačar (UAE Emirates) and his closest rivals finishing together in the pack.

There was one major shuffle in the GC however. Guillaume Martin (Cofidis) made it into the day’s break and came out with 11th on the stage, vaulting up the classification in the process. The Frenchman had started some nine minutes back on Pogačar but has now moved up to second overall after finishing in the scattered group of attackers to take around minutes on the GC pack.

Martin now heads to a bloc of stages in the Pyrénées sitting 4:04 down on the yellow jersey. 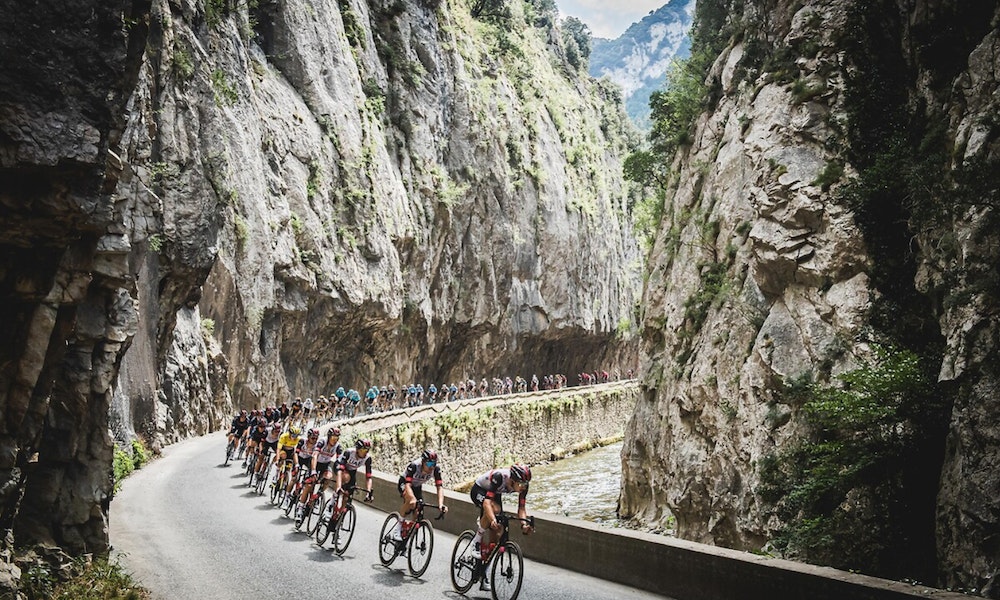 The stage took hours to settle down as attacks flew left, right and centre and UAE Emirates didn’t try to control.

The searing pace through the opening hours saw a number of riders dangling at the back of the peloton, with Mads Pedersen, Mark Cavendish and Nacer Bouhanni among the early entrants of the grupetto.

The race only took shape after 90km of racing when Woods, Cattaneo and Wout Poels attacked on the Col de Monsegur. Mollema and Martin were part of a strong seven-up chase group that went off in pursuit, and a further quartet followed close behind them.

Meanwhile, Pogačar and co finally took control of the peloton and the attack groups were able to start pulling away up the road.

The three attack groups finally came together with around 55km remaining and built out a solid 4:00 lead. Woods was briefly detached after sliding out on the long descent from the Gailinagues climb. The Canadian was quick to jump back onto the bike and regain contact, but was nursing cuts and bruising to his hip and elbow.

The group of 14 had worked well together through to the final 42km, at which point Mollema clipped off the front on the downhill and began his long TT to the line.

Woods and Poels were active throughout the day in the break, sprinting against each other across several of the race’s categorized climbs.

With polka dot jersey-wearer Nairo Quintana back in the break, Woods’ haul of points was enough to put him to the top of the mountain classification heading into series of stages through the Pyrénées. 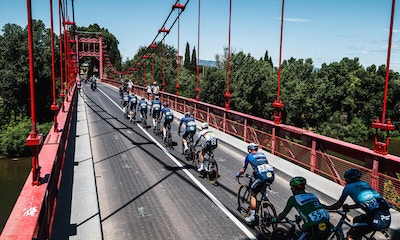