Find a store Blog
‹ back
Home
Blog
Guides
What is a Track Bike? We Explain

What is a Track Bike? We Explain

One of the oldest and most prestigious forms of bicycle racing, track cycling has been around for over 150 years. With a rich history, on the surface, the tech involved on these relatively simple steeds remains relatively unchanged compared to their road going and mountain climbing cousins. Take a closer look, however, and there is much more to track bikes than meets the eye. In this article, we dive into the different types of track bikes on offer, how they differ from each other and what they’re used for.

What is a Track Bike?

True to its name, a track bike is a bicycle that is designed for use on a velodrome. There are three different types of track bikes on offer, each suited to different events including; endurance events, sprint events and time trial/pursuit events. We’ll dive into the unique features of each below, however, the basic component list is consistent across all three styles. These components being the frame and fork, handlebars, wheels, cranks, pedals, a single chainring on the front, one cog fixed to the hub on the rear wheel and the chain itself. 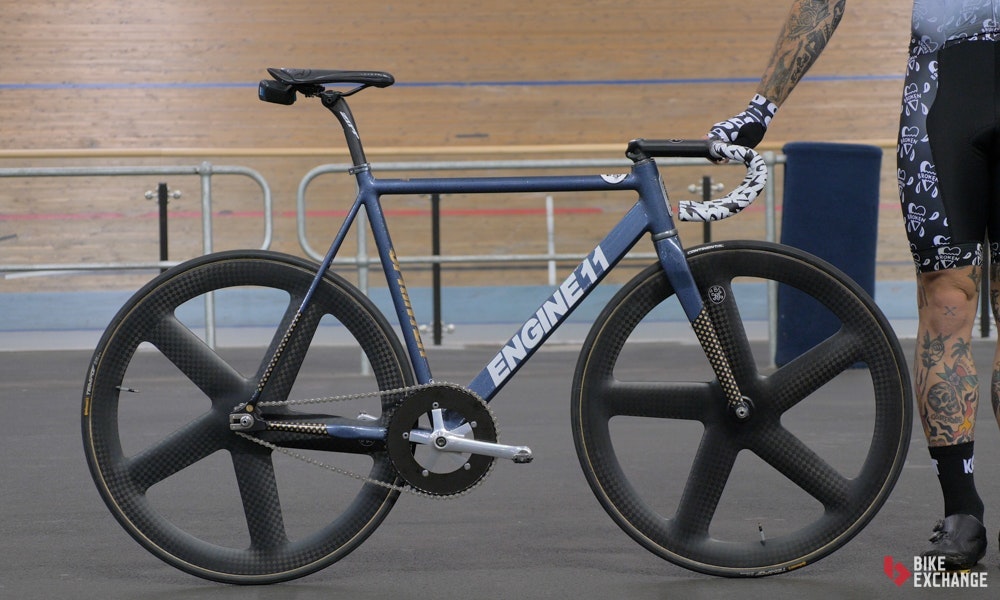 Whilst the component list may be consistent, the nature of each component can vary wildly between the different types of track bikes on offer.

A standard track bike is best thought of as more of an all-rounder and is typically utilised in longer, endurance based events. The geometry of a standard track bike is more similar to that of a race orientate road bike. Frame shapes will typically be aerodynamically optimised, however, not to the same level as the bikes ridden by sprinters or pursuit riders. As for frame materials, carbon and aluminium are the preferred options, however, steel and titanium options also exist but aren’t typically used in racing due to their increased weight and more traditional frame tube shapes. Moving to wheelsets and deep section carbon or aluminium wheels are typically used with tubular tyres inflated to pressures in excess of 180psi. Gearing is also likely to be smaller on a traditional track bike to encourage a higher cadence and a more sustainable power output over longer distance events. 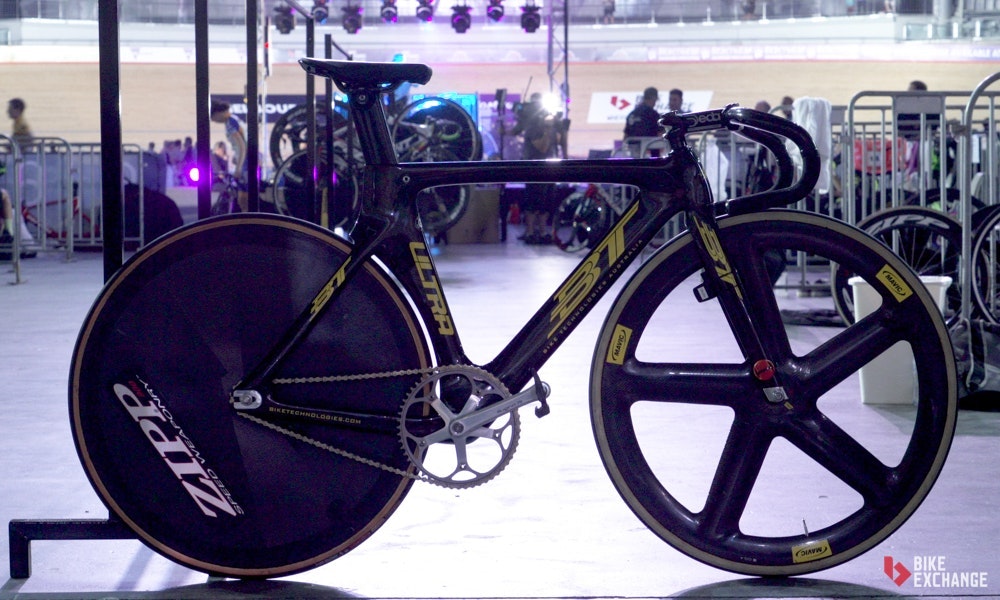 Sprinters track bikes are much more aggressive in every aspect when compared to a traditional track bike. Head tubes are typically shorter to allow for a decreased frontal profile, while longer reach figures are also typical, placing the rider in a long and low position. Frame shapes are typically on the cutting edge of aero efficiency as will the components used. As track sprinters are capable of astonishing power, stiffness is a major factor in ensuring that a riders efforts are transferred to the track, propelling the rider forward. As a result, wheels, handlebars, stems and chainsets will typically be some of the stiffest available in the cycling industry. Whilst riders may sometimes opt for a carbon disc rear wheel, often riders will make use of carbon wheelsets with thick bladed carbon spokes to ensure that their speed generated is maintained. 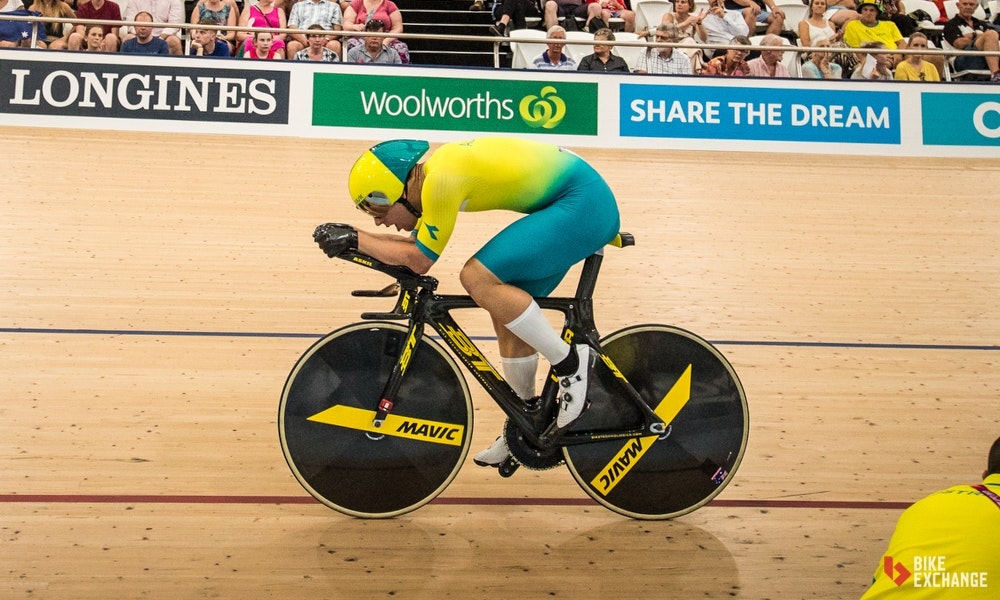 Pursuit bikes are just about as wild as track bike get, similar to a time trial bike, pursuit bikes are engineered to be as aerodynamic as possible. Pursuit races are time trial events raced either by individuals or teams over a distance of between one and five kilometres. Under UCI rules, riders are allowed to use aero bars further aiding riders in achieving a lower, more aerodynamic position. Disc wheels are almost always used at the rear, combined with a deep section or full disc front wheel. Gearing is also scrutinised, with riders often opting for a bigger gear than an endurance event. Such is the nature of racing against the clock, seemingly minute differences such as handlebar height, wheel depth, tyre pressure, even air pressure, density and temperature can have a noticeable effect on a riders performance.

How They Differ From Road Bikes 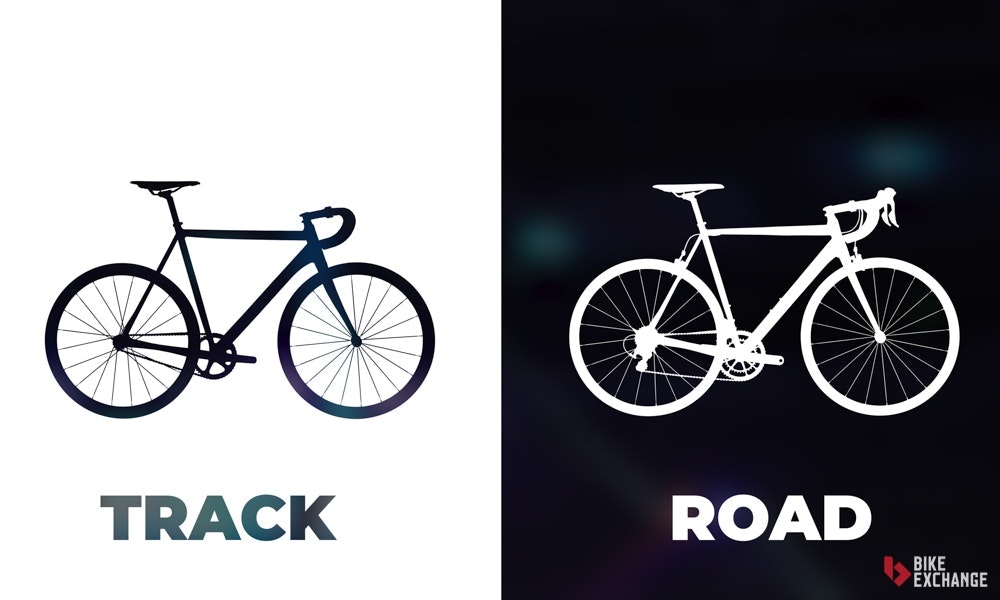 Whilst from afar track bikes and road bikes may share a similar silhouette, there are a number of differences that are worth noting, starting with the geometry. Track bikes will typically feature a shorter reach, shallower fork rake and shorter top tube than other bikes, to increase handling at speed. The bottom bracket is also higher to give riders additional pedal clearance on the banked corners.

Typically, track bikes are stiffer in nature to maximize acceleration and power transfer, particularly for sprinting. They are also more aerodynamic, with wind resistance at such high speeds on the track a crucial factor in design. Carbon wheels with tubular tyres are also preferred for this reason on premium models, with deeper rims also suitable due to a lack of crosswind.

Finally, without gear shifting, gear ratio selection is an important factor to consider and will depend on training objectives and/or race event specifics. Generally, a lower gear ratio is preferable to encourage higher cadence efficiency in training and will be more suitable for races that require repeated accelerations. Higher gear ratios are great for practising sprint technique and standing starts in training, and in races generally, make it a bit easier to maintain speed once ‘on top’ of the gear.

What To Expect For Your Money

Regardless of your price range, you can pick up a great track bike that will serve your purpose. Spending more money on a bike will typically (but not always) result in a reduction of weight, increased stiffness, increased durability and greater comfort.

Below is a summary of what you can expect within a set budget. 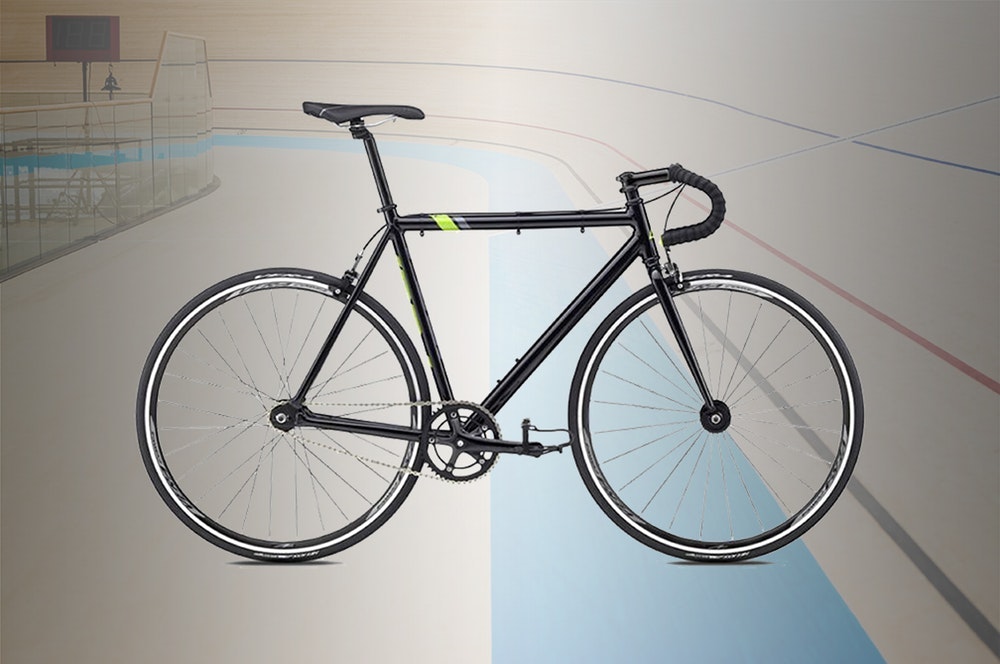 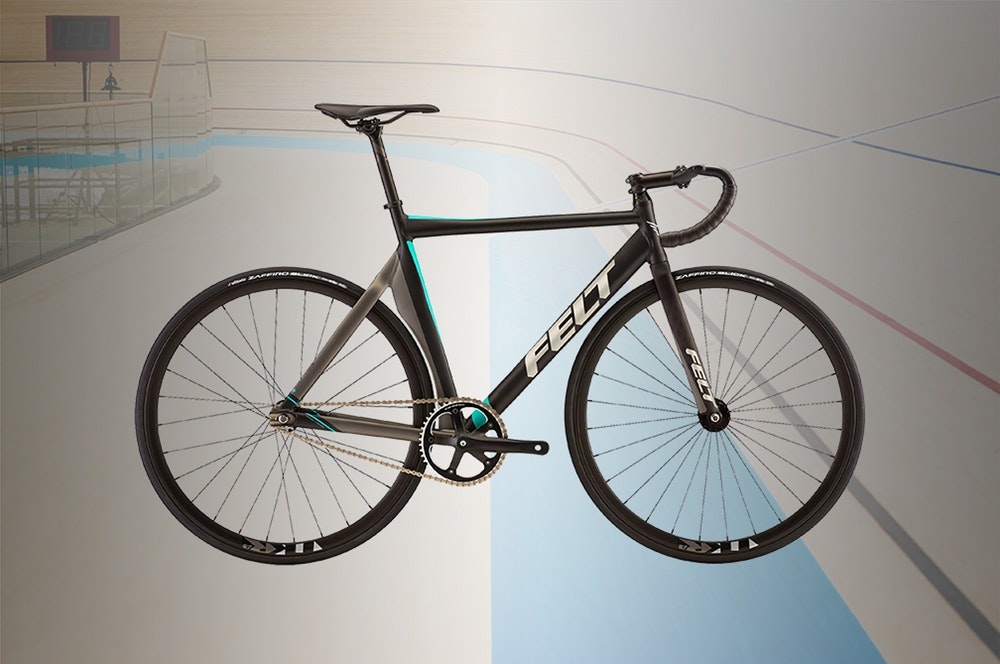 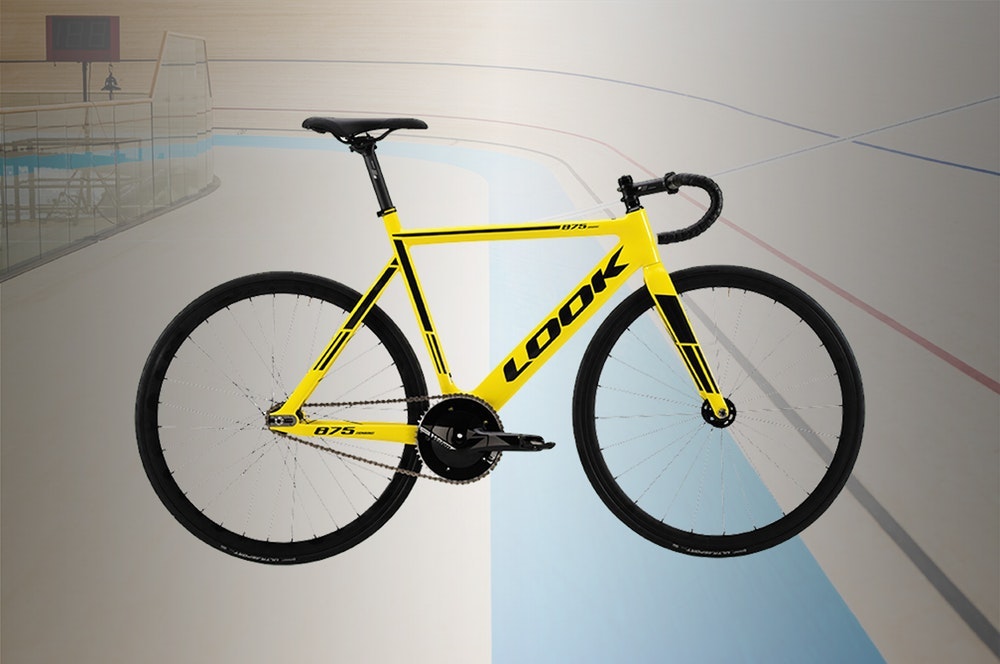 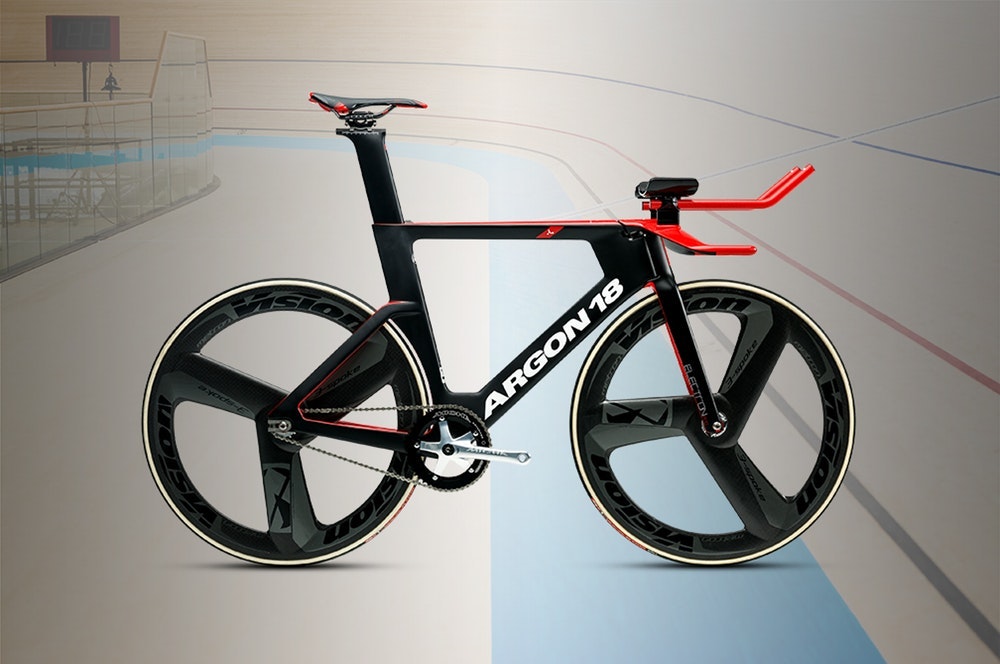 Looking to get started in track cycling and want to learn more? Our Guide to Track Cycling is loaded with all you need to know about racing, the bikes and what to expect at the velodrome. 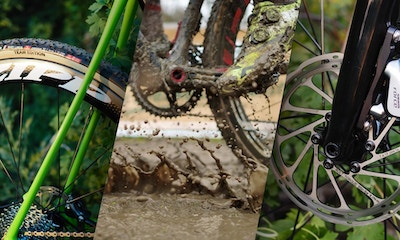 The Ultimate Guide to Buying a Cyclocross Bike

Regardless of whether cross is coming, or already here, we detail everything you need to know about these versatile bikes in this comprehensive guide...