Triathlon - From the Beginning 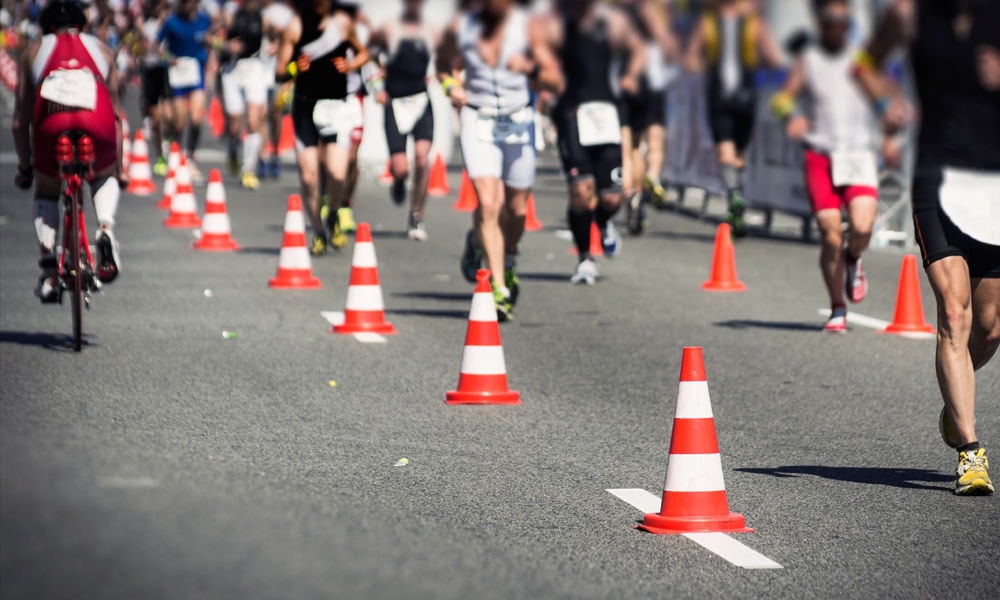 Move over Golf! - Triathlons are here to stay and replace you as the ideal way to live a long, happy & healthy life.

If you are considering entering your first Triathlon then you need to know all the different types on offer. Some suit beginners better than others but all offer the ultimate in personal sporting achievement.

You also nee dot know to "Tri talk" so if you’re new to the game, this will have you covered!

The distance for sprint triathlons can vary, but expect something like the following:

The name says it all – this is the distance raced at Olympic level. There is no variance:

Half Ironman Triathlon Distance, or a 70.3

70.3 refers to the total number of miles raced in a half triathlon.

Ironman Triathlon Distance, or a Full There’s the odd word here and there that could be considered classic tri terminology. These include:

An aerodynamic feature to a bike that enables the rider to assume a quite aggressive position. Aerobars are standard features to time trial bikes (see below) but they can also be independent components added to a road bike, which is ideal if you’re just starting out and not yet sure you will really get into tris.

Refers to a training session that stacks one discipline atop the other. EG – you might ride and then straight after do a run. This is called a brick session.

When a triathlete rides behind another triathlete and is effectively in their slip stream. This is considered cheating and is banned from most triathlon races.

To achieve the second half of a training session or race in a faster time than the first. EG, say you were running 10km and the first 5km you ran in 30mins, but the last 5km you ran in 27mins; this means your session was a negative split (nice work!).

A Time Trial Bike, this is essentially an aggressively aerodynamic bike specifically made for time trials, and therefore ideal for triathlon. There are plenty of big events in the sport of triathlon. We have a look at some of the more recognised:

Is a series of global triathlon events run by the World Triathlon Corporation originally founded in 1978 in Hawaii. Today the Hawaii event is recongnised as the Ironman World Championships and is an honor to race in coveted by many triathletes. Some of the Ironman series closer to home are:

Xterra was founded by TEAMunlimited in 1996 originally by the name of Aquaterra later changing to Xterra. The race is typically known as the 'offroad' triathlon championship and is held around the world in some of natures most demanding climates. The length of the race varies due to the difficulty and variability of the terrain, there are two typical Xterra race lengths. These are;

We get the feeling that this is the kind of race for people who really like to hurt - a lot! It is a standalone Ironman length triathlon held in Norway. 250 Participants are allowed to enter annually with 160 of those allowed to enter the final stage before the cut -off. Those who make the cut off time are awarded a black jersey with the title 'Norseman' whilst finishers receive a white finishers jersey. The race itself climbs some 5000 meters starting at sea level.

Make sure your prepared with our triathlon checklist