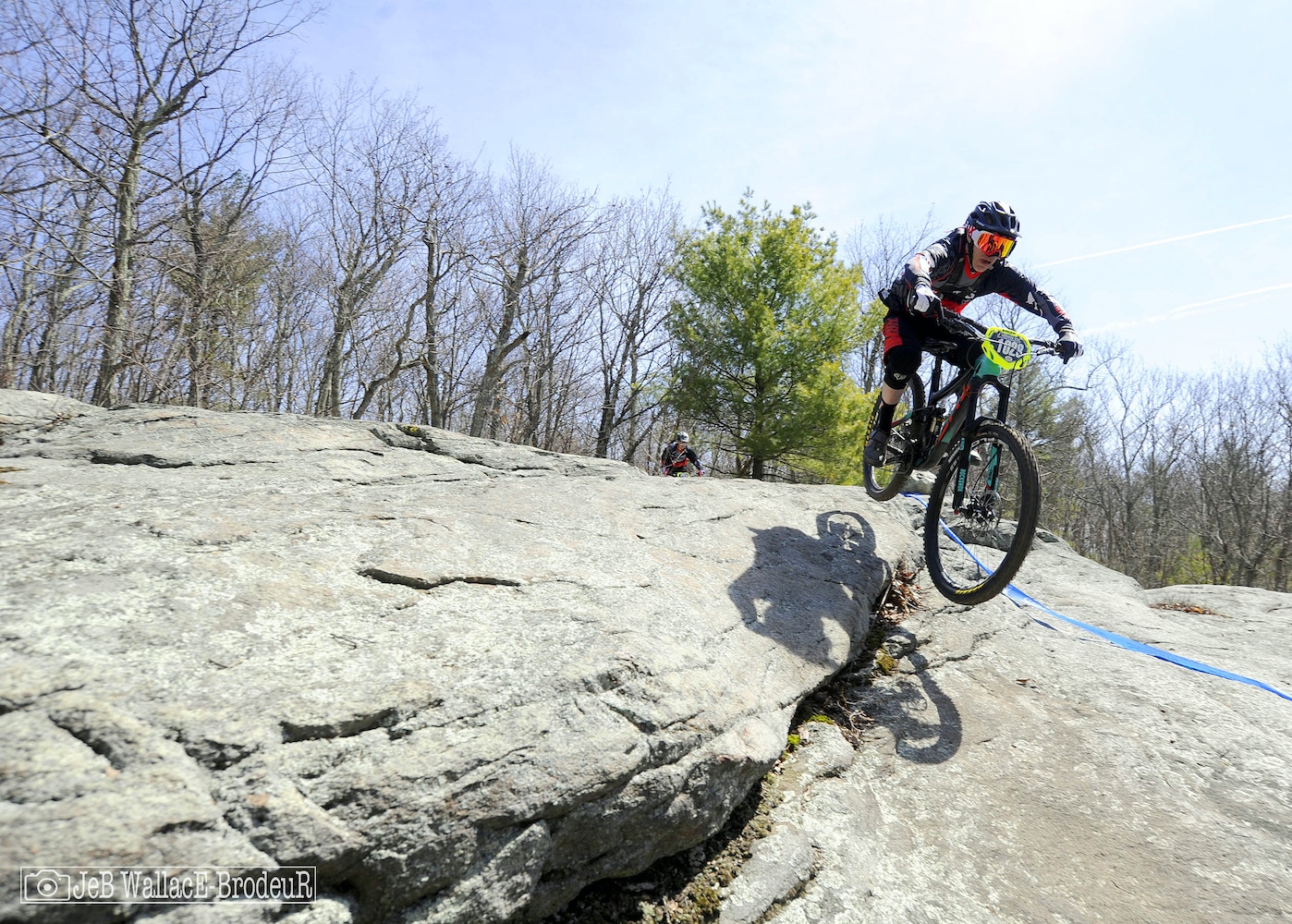 Gravity racing returned to the Northeast this past weekend as the Vittoria Eastern States Cup Enduro Series kicked off at Diamond Hill State Park in Rhode Island. This was the ESC's first event in the nation's smallest state and was a sell out, with nearly 220 racers battling under blue skies and summery temperatures. The race featured six stages of pure enduro action with no lift-assist transfers and numerous uphill sections mixed in with technical downhills and man-made features. Most segments were one to two minutes long, with Stage Two being the exception, at well over four minutes, and featuring a long climb in the middle that tested racers' early season fitness levels. Yeti Cycles pro Jason Memmelaar, a consistent podium threat for years, took home the men's pro victory, besting a field of 35 racers. Memmelaar came out of the gate hot, taking the first three stages. A dual threat in enduro and downhill, Memmelaar really put the hammer down on Stage Two, putting seven seconds on his closest rival. This was his first victory since winning the Blue Mountain enduro last June. Just a whisker behind Memmelaar was local pro Willem Cooper riding for Voncooper, NBX, Deity and Troy Lee Designs. Cooper, no stranger to the Diamond Hill network, trailed Memmelaar by 11 seconds after the first three stages but came roaring back in the second half of the race to win the final three stages and lose the overall by one second. The biggest surprise of the day came in the third spot where Fast Line Racing's Ryan Lee, racing for Urge, E13 and Shimano, turned in a career-best performance and first-ever podium. Except for being slightly off the pace on Stage Two, Lee stayed within a few seconds of Memmelaar and Cooper on every stage and finished just 11 seconds back. In the women's pro race, Amy Alton, riding for Juliana Bicycles, topped a women's field of nine. Alton won Stages Three, Four and Five on her way to an 11-second margin of victory. After suffering a season-ending injury at last year's Mountain Creek Triple Crown Enduro, Alton appears to be on track for a successful campaign this year. Taking the runner's up spot was POC and Skida pro Corinne Prevot. In only her fifth start, the former ski racer is making waves with several podium finishes under her belt already. Prevot won Stages Two and Five, crushing the field on Stage Two. Prevot was leading Alton by nine seconds entering the final stage but gave up twenty seconds on the final test piece. In the third spot was multiple-time Eastern States Cup downhill champion Mary Elges, riding for Bikeman. Elges' downhill background showed on the steeper stages with a tie for the win on Stage Five and a convincing win on the rugged Stage Six. Elges began to dabble in enduro last season and plans to race more events in the future. The next Vittoria Eastern States Cup event will be an enduro at another new venue, Victory Hill in Vermont's Northeast kingdom, on May 15.