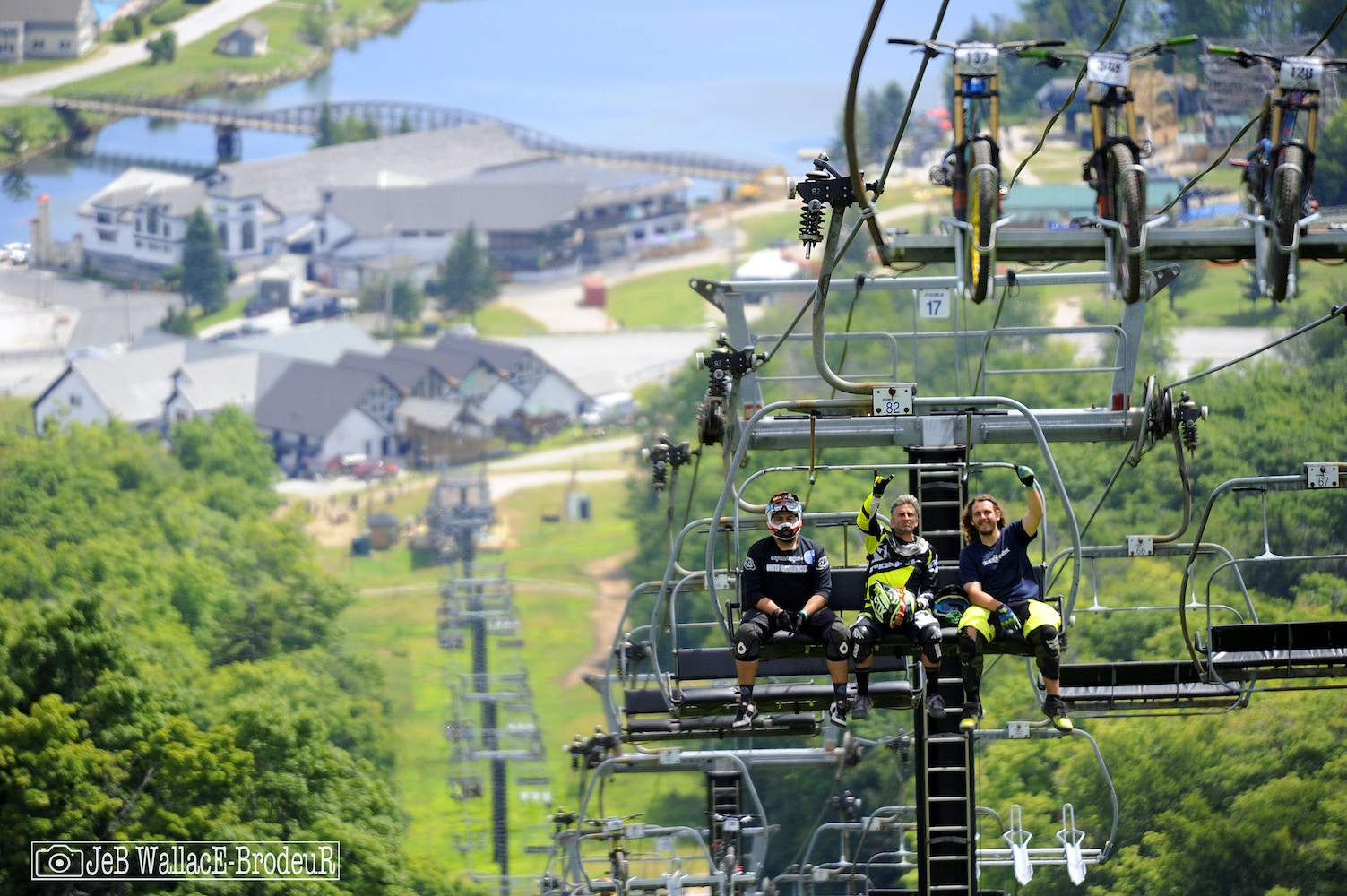 A new downhill track was christened this past weekend as Killington Resort in Vermont stepped onto the national stage to host Round Four of the ProGRT series and Round Six of the Vittoria Eastern States Cup New England downhill series. Dubbed the “Beast of the East ProGRT”, the race was held in new zone, serviced by the Ramshead high speed chair, being developed by Gravity Logic and the Killington trail crew. With the exception of sustained steeps, the new track, named Goat Skull, offered a wide range of challenges and was a big hit with racers. Josh Rogers, riding for Billy Goat Bikes, made the long drive up from his North Carolina home to take second in the Junior Expert category. The track snaked down the fall line, occasionally popping out into the open, but for the most part sticking to the woods. As with most fresh-cut trails, the loamy ribbon quickly became a minefield of holes and ruts. Steve Wittek, racing for Plattekill’s Get Loose Racing squad, absorbed the natural rollers past a rotten log on practice day. To spice things up, trail designers threw the occasional manmade feature into the mostly natural mix. Jared Boothroyd aired out the Wing Ding Double during his Cat One practice on Saturday. After spectacular summer weather on Saturday, race day was damp and misty with a dense cloud layer encasing the upper half of the track. Visibility was a challenge as racers battled foggy air and foggy goggles. Race times on Sunday were significantly slower than qualifying times on Saturday due to the damp ground and the limited visibility. Nikolas Nestoroff, the top-ranked junior in the country and one of the best in the world, took home the Junior Expert win by a five-second margin. Coming just days before the Mont-Sainte Anne World Cup in Quebec, the race had some hard-charging visitors from overseas in attendance. Frida Helena Roenning, from Norway, took the women’s pro field by more than five seconds. In the runner-up spot was Samantha Kingshill. The high school student from California finished second in the national championships a couple weeks ago and was recently selected to represent the U.S. at the World Championships. Lauren Daney, the Northeast’s top downhiller this season, qualified second but was slowed by a flat in her race run and landed on the third step of the podium. The men’s pro race was won by another Norwegian, Isak Leivsson, racing for the Propain team. Leivsson, the reigning Norwegian National Champion, won the qualifying round by under a second then backed up his success by more than two seconds on race day. After being sidelined by an injury suffered at the Mountain Creek ProGRT in May, the Killington event saw the return to racing of Neko Mullally. The Gstaad Scott pro showed no signs of rust as he laid down a screaming fast race run to take the runner-up spot. On the third step was Max Morgan from Blue Sky Performance. Morgan has been busy this summer racing national and World Cup events and his Killington result was his first ProGRT podium since 2014.