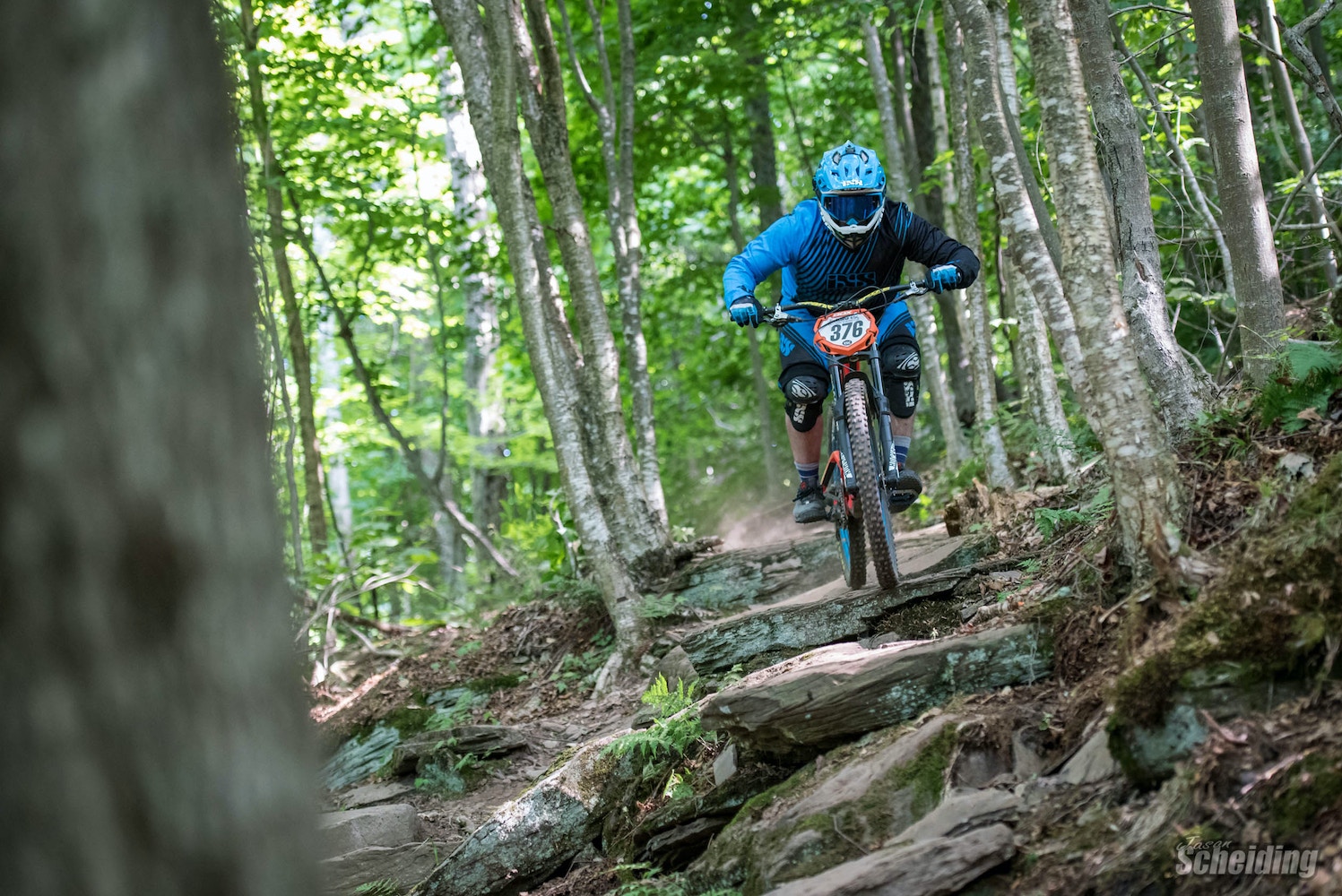 The famed rocky steeps of Plattekill Mountain Bike Park in Roxbury, New York played host to an enthusiastic crowd of racers this past weekend at the fourth round of the Vittoria Eastern States Cup Atlantic Downhill Series. Nathan Parrish, racing for The Gravity Cartel, hung on through some of the mountain’s signature rough stuff. Following a week of summery weather, conditions were fast and dusty for race weekend with temperatures soaring into the 90s. The track was on the double chair side of the mountain and followed expert Trail #3 for much of its length. The course was a return to the type of trail used for racing at the mountain back in the early 2000s, according to Plattekill owner Laszlo Vajtay. “The course was laid out and designed by Plattekill’s Get Loose Racing Team guys. The signature section was called the Sundae Chute. There were lots of machine and hand-built features on this course that were manicured by our trail crew.” The track started on a mellow grade with some opportunities for pedaling, though rock strikes were a constant threat which made pumping key to maintaining momentum. Chris Miller pumped his way to a 3rd-place finish, his best result since turning pro last season. There were no huge features, but numerous rock drops, tight turns, loose chutes and of course Plattekill’s signature shale. Danny Anderson sent this drop while charging to a 4th-place finish in the amateur 19-29 class, the largest class of the day. Like any course worth its salt, the track concluded with a crowd-pleasing jump. Plattekill’s own Get Loose Racing team member Will Rouse aired it out for the homies. The Junior Expert class was won by Josh Henn, racing for Santa Cruz and Trail Flow. It was Henn’s first win since moving up to the expert class this season. The women’s pro category was won by the sole entrant, Riley Weidman, who competed in a cast with a broken wrist.