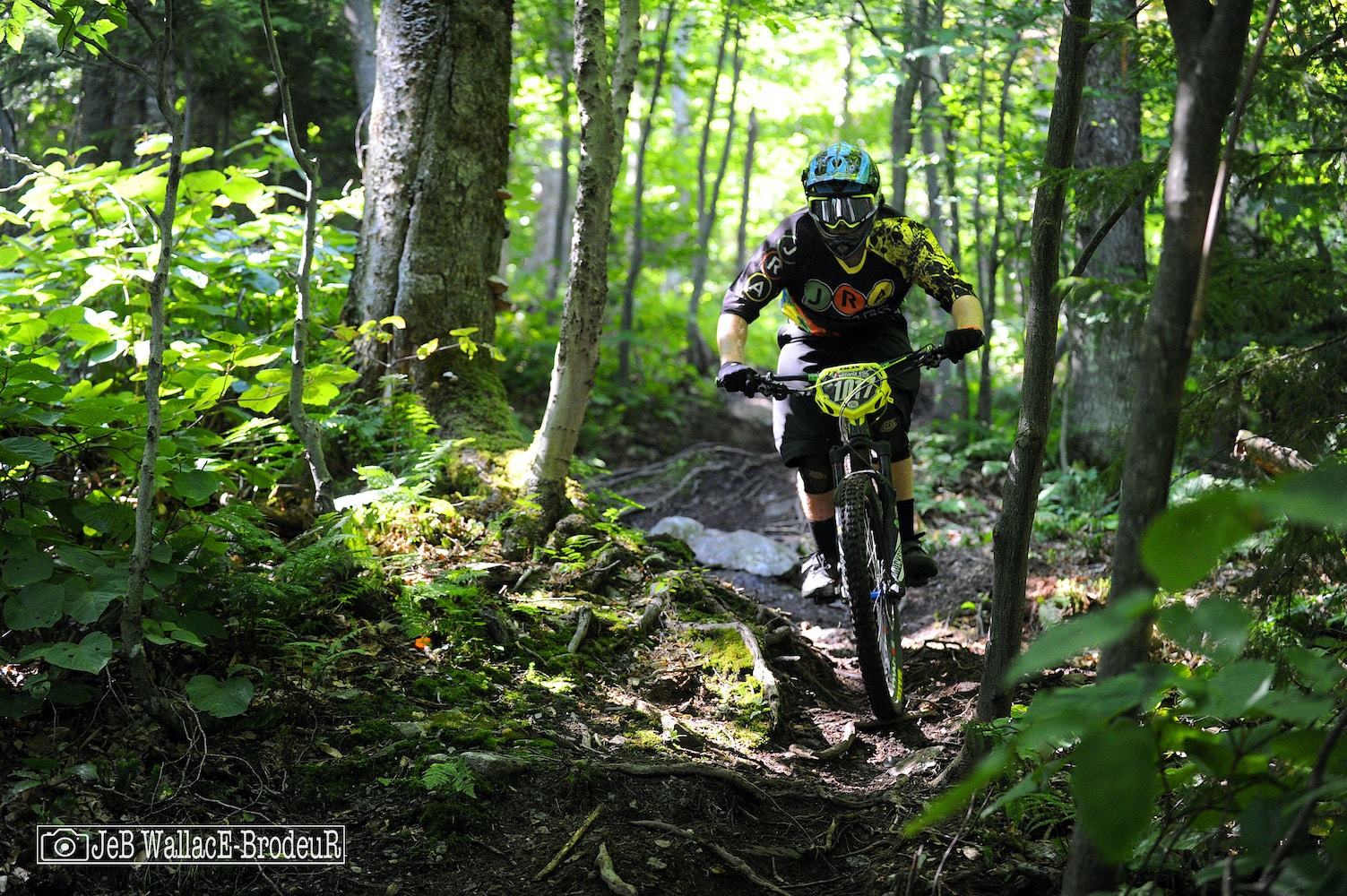 Sugarbush Resort, in the scenic Mad River Valley of central Vermont, played host to the Vittoria Eastern States Cup Enduro and Downhill series this past weekend. The enduro kicked things off on Saturday with more than 100 racers taking to the flanks of Lincoln peak. Stage One started out in the open before diving into the dreaded East of Eden woods, which had racers slipping and sliding down a treacherous, root-infested track. Stage Two was the shortest of the day and was highlighted by the steep and rocky Roughed Up trail. Last year’s brutal climb to Roughed Up was eliminated this season, making for a much more gravity-oriented event. Stage Three began just yards from the finish of Stage Two and featured a high-speed romp down Fisher Cat and Burly Maple to the base of the mountain. Stage Four was a top-to-bottom epic taking in some of the mountain’s finest terrain, especially the hugely popular Grand Stand and Wild Turkey trails. Lauren Petersen, who has faced some stiff competition this season and risen to the occasion, threw down a dominant performance in the women’s pro race. Racing for CFM Cycles, Intense and Honey Stinger, Petersen won all four stages on her way to a decisive 23-second margin of victory over Corinne Prevot. Isaac Allaire, racing for Transition, Troy Lee and Chuck’s Bikes, put the hammer down in the men’s pro race, winning every stage and earning a 26-second victory over Saben Rossi, a remarkable margin for just over fifteen minutes of racing. The downhill was held on Sunday under partly cloudy skies with a cooling breeze. The track is considered by many to be one of the finest on the East Coast for its length and continuous challenges. The top section shared the same open terrain as the enduro but many of the switchbacks had been eliminated for the big bikes. Of special note this year was the resurrection of a rugged section of slabs that had not been raced on for many years. Following on the heels of the Over the Ledge off-camber rock section, this added rock garden made for a sustained challenge. Mary Elges, who has been focusing more on enduro racing of late, put her third downhill start of the season to good use, taking the women’s pro race. Rafael Gutierrez, who hit the podium at the Windham ProGRT last weekend, continued to charge through the local ranks with a five-second advantage over runner-up Steve Estabrook.