3G Bikes make high quality bikes that are designed for a laid back riding style. The range includes beach cruisers with big tires for men, women and children. These are bikes that you can ride on almost any surface, including sand. They also make city bikes as well as three-wheelers and tandem bikes. Check out the full range of 3G bikes available right now from bike shops and private sellers across the US, here on BikeExchange. 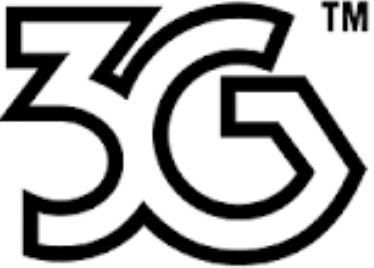 When you think of 3G Bikes the image that comes to mind is one of a guy riding a cruiser along a beach with surfboard tucked under his arm. This is what 3G Bikes is all about - they make lifestyle and recreational bicycles. The actually say on their website that don't create bikes - they create lifestyles. Their bikes are stylish, comfortable to ride, and, with the cruiser models, they can go anywhere.

The company is based in Long Beach in California and has been supplying its expanding range of bikes since 2003. It was started by Gary Silva. He has been involved in the production of bikes since the 1990s, and he was a co-founder of the Phat Cycles brand.

Phat Cycles is known for its chopper style of bike – feet-first pedal positions with high handlebars. The design of 3G Bikes is nowhere near as extreme as that, but the laid back style combined with quality parts and performance remains. 3G Bikes are built for modern riders, but they have a retro soul.

They have models available for men , women and children in a number of different styles. This includes beach cruisers as well as city bikes that are more practical on the road. They also make niche bikes including three-wheelers and tandem bikes. And they make a unisex bike specifically designed for businesses that rent out bikes.

As the brand is about style as much as bike they also offer accessories, including custom fenders and grips. You can also get 3G Bikes apparel.

All of the bikes in the 3G Bikes range are leisure-style bikes. They are built with high quality materials and come with a range of common features. This includes aluminum or steel frames and comfortable seats. Many of the cruiser models have a patented frame design that has the rider sitting in a slightly feet-first position. These are also bikes that are built to last with stainless steel cables, spokes, and axle nuts.

• Mens cruisers - 26 inch cruisers for men in single, three, seven, or eight speed options. These bikes have tires that are up to 3.45 inches wide.

• Women's cruisers - 26 inch cruisers with wide tires and a low step through frame. The women's cruisers also come in a range of gearing options, from single speed up to eight-speed. • Kid's cruisers - wide tire cruisers for children with 20 inch or 24 inch frames

• City bicycles - a range of attractively design bikes designed for leisurely pavement riding with a low step through, fenders, and gearing options ranging from single speed up to seven speed

At BikeExchange, we bring the marketplace to your computer or mobile device. We offer a wide assortment of 3G Cruiser, Mountain and Kids bikes for sale by independent bike shops and private sellers from all over the United States. Depending on the retailer and the product, you can make a purchase in one of several easy and convenient ways: